Day 13 of the New World Order- The Installation 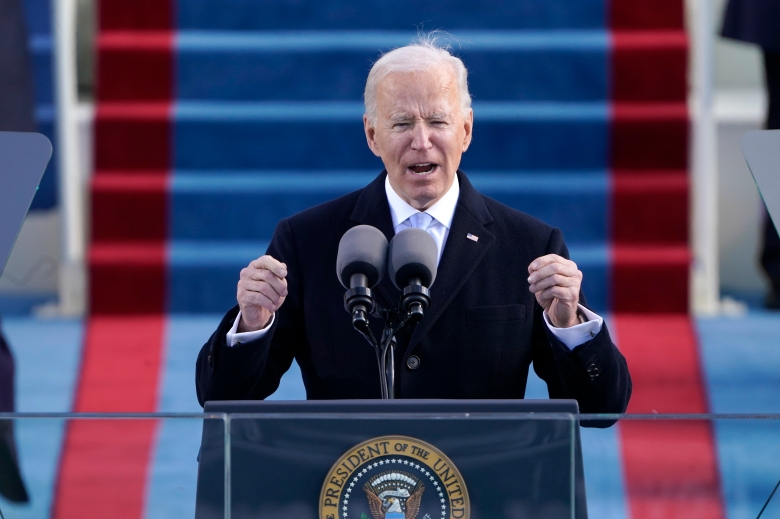 At high noon on the 20th of January, Joseph Robinette Biden Jr. was installed as the 46th President of the United States.

Though there was a swearing in ceremony with all the pomp and a little circumstance that any communist dictator would be proud of...the over the top military presence for example... it was still an installation of a leader and not the result of an election but rather a Selection, courtesy of dead Americans, non-Americans, foreign nations and Dominion voting machines.

Some of the executive actions by the new faux President in his first hours of office were:

Rejoined the Paris Climate Accords- a multi-trillion dollar nod to the Globalists...and in particular China.

Stopped the funding of Trump's Border wall- Yes, drug traffickers, human traffickers are back in business, President Biden wanted you all to know, we are burning daylight.

Started the process of America rejoining the World Health Organization- yes, the same W.H.O. that always backs China and was very quiet about the China Virus early on.

He must have gotten tired, because it's not until his second day of dismantling America that he will work on America tax dollars paying for more abortions by ending Trump's Mexico City policy. Yay.

Mike Pence showed up for Joe and Kamala and I hate to imagine why.

So did the Clinton's (Bill napped), the Bush's, Lady Gaga, Beyonce and that guy she is married to, Hussein and his clan, the Supreme Court.. deciding that they had "standing" and took time from their busy schedules to check out what they could have prevented...with this group alone, I am pretty sure Lucifer was there somewhere too. No doubt wearing a mask.

Joe Biden put his hand on a bible and swore an oath.....the sky didn't fall so maybe God wasn't there.