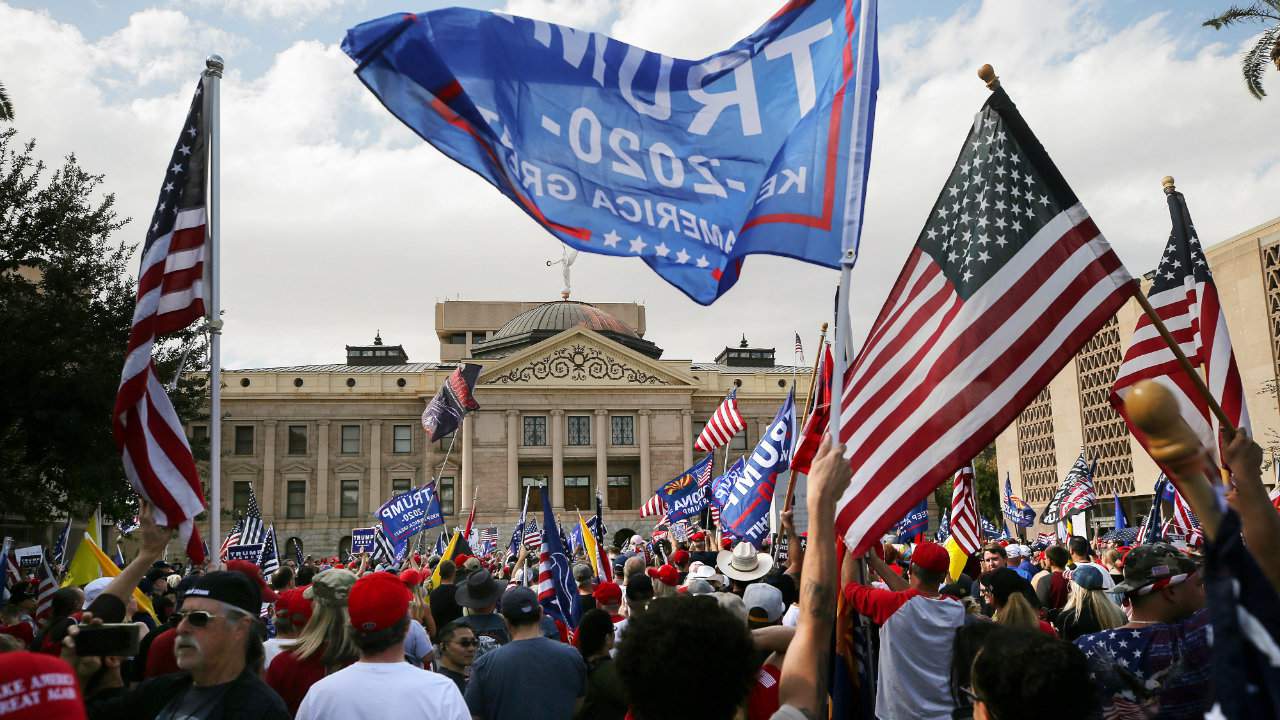 Supporters of President Donald Trump demonstrate at a ‘Stop the Steal’ rally in front of the State Capitol on November 7, 2020 in Phoenix, Arizona. Photo by Mario Tama. (Getty Images)

Furious Americans are gathering in different cities to show their support for our president. They know what has happened in this election is NOT right. The media, big tech, and Democrats have conspired to cram Joe Biden into the White House come hell or high water. We see the fraud, and we are angry. Every American, no matter what side of the aisle, should be angry.

A huge crowd of Trump supporters led by #WalkAway’s Brandon Straka gathered in Lansing, Michigan, to voice their anger with the election.

Brandon Straka leading the crowd in cheers for President Trump:

Huge crowd of #MAGA Patriots in Michigan chant for @realDonaldTrump:
“We love you!”
“We won’t stop!”
“MAGA’s got your back!”@DonaldJTrumpJr @EricTrump @LaraLeaTrump @TiffanyATrump @TrumpWarRoom @TeamTrump pic.twitter.com/q6M0TjBVbo

Scott Presler led a rally in Pennsylvania for President Trump:

This is Why the people support DJT. Today at a rally in PA. pic.twitter.com/tUn0adeMCk

Voter fraud is VERY real. As much as the media would like to claim there is no voter fraud, Sidney Powell set them straight with one tweet: