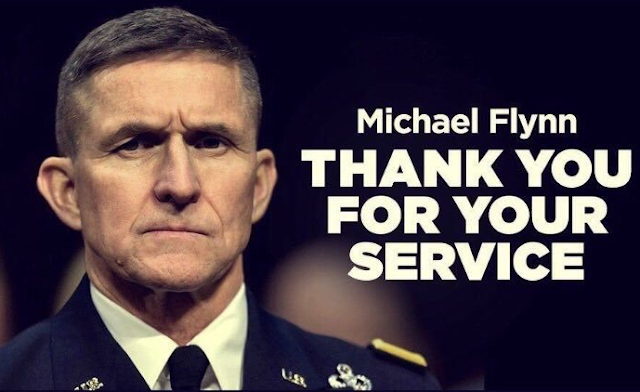 Michael Flynn has finally been exonerated.

The Associated Press is reporting exclusively that the Justice Department said it is dropping the criminal case against President Trump’s first national security adviser, Michael Flynn.

In court documents being filed Thursday, the Justice Department said it is dropping the case “after a considered review of all the facts and circumstances of this case, including newly discovered and disclosed information.” The documents were obtained by The Associated Press.

The Justice Department said it had concluded that Flynn’s interview by the FBI was “untethered to, and unjustified by, the FBI’s counterintelligence investigation into Mr. Flynn” and that the interview on January 24, 2017, was “conducted without any legitimate investigative basis.”

They are abandoning a prosecution that recently revealed a set-up by the FBI to entrap President Trump’s national security adviser.

This is a fantastic move that reverses one of the signature cases brought by special counsel Robert Mueller.

Even though prosecutors had maintained that Flynn had lied to the FBI for the past three years, the prosecutor on the case has resigned, according to Bloomberg News:


New information points to entrapment by key FBI agents about his conversations with the Russian ambassador in a January 2017 interview.
Under the threat of prosecuting his son, Flynn cooperated with Mueller as he investigated ties between Russia and the 2016 Trump campaign.
News of the release of transcripts from interviews of 53 witnesses that found nothing connecting President Trump to Russian collusion sets a tone of more vindication for President Trump this week.