Bombshell plea from NYC ICU doctor: COVID-19 is a condition of oxygen deprivation, not pneumonia… VENTILATORS may be causing the lung damage, not the virus 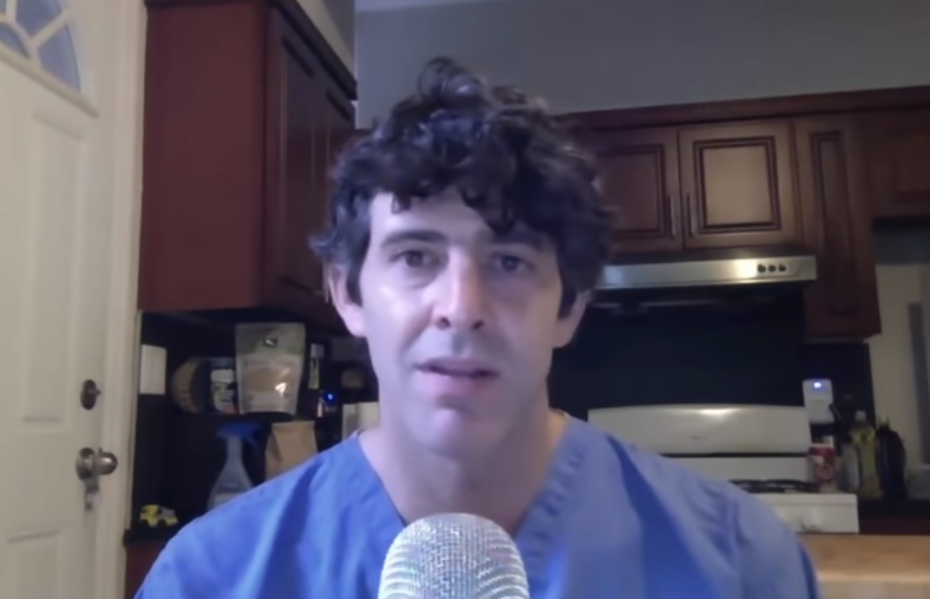 "Trust in the Lord with all your heart, and lean not on your own understanding"- Proverbs 3:5


I have been suspicious about the coronavirus from it's inception for basically a few reasons:

1.  The hate-Trump/hate America media almost EXCLUSIVELY puts out headlines and lead stories that are false or purposely misleading.  But now we are supposed to believe them with this new crisis?

2.  At least since the Trump Presidency began, the media lives in constant crisis mode; Trump is a racist/fascist/misogynist. Trump is Hitler.  Trump is a Russian Manchurian candidate/ in collusion with Putin. Trump put kids in cages.  Trump is impeached over a phone call that everyone read the transcript of yet the Democrats read into it that his words were worthy of his impeachment.    In between all the vile charges were headlines after headlines after headlines "proving" his guilt with unnamed sources.  After each allegation was proved false (remember Stormy Daniels was going to take Trump down?) a new one would come out within a week.  A constant drone of attacks against Trump has never let up.  Never ever. And not even in a time like we are in now when UNITY would be helpful and healing.   But Dem's and all their lies and crimes are NEVER held accountable... starting with the FISA abuse crimes and the fake dossier that Hillary had drawn up and broadcasted to the world up until a month ago with their lack of accuracy and urgency during the beginning of what is now being called a pandemic.  All this chaos is by design.

3.  Now, never letting a good crisis go to waste, Trump is a murderer they tell us.   He is responsible for virtually all the deaths due to this virus.  And questions about the validity, the number of cases, the numbers of deaths etc., of this virus are all over the place.  Like the story below, some things people are seeing first hand, are not adding up to what the media is telling us.

4.  The new world order globalists have been plotting to depopulate us for decades,

We trust Trump.  We trust but verify.  Well, most reading this anyway.  So how can anything associated with Covid-19 be fake when Trump is out front everyday fighting it?  There certainly is a virus, please don't misunderstand. People are dying. The only logical conclusion that I can come up with is that Trump and those around him know more than they can say publicly.  Which leads me to the conclusion that there is a stealth war happening that few are privy too but is being fought, hopefully, on this nation's behalf this very minute.

A NYC physician named Cameron Kyle-Sidell has posted two videos on YouTube, pleading for health practitioners to recognize that COVID-19 is not a pneumonia-like disease at all. It’s an oxygen deprivation condition, and the use of ventilators may be doing more harm than good with some patients.

The ventilators themselves, due to the high-pressure methods they are running, may be damaging the lungs and leading to widespread harm of patients.

Dr. Cameron Kyle-Sidell describes himself as an “ER and critical care doctor” for NYC. “In these nine days I have seen things I have never seen before,” he says. Before publishing his video, we confirmed that Dr. Kyle-Sidell is an emergency medicine physician in Brooklyn and is affiliated with the Maimonides Medical Center located in Brooklyn.

In his video (see below), he goes on to warn the world that the entire approach to treating COVID-19 may be incorrect, and that the disease is something completely different from what the dogmatic medical establishment is claiming.

“In treating these patients, I have witnessed medical phenomena that just don’t make sense in the context of treating a disease that is supposed to be a viral pneumonia,” he explains.

He talks about how he opened a critical care using expecting to be treating patients with a viral pneumonia infection that would progress into Acute Respiratory Distress Syndrome (ARDS). But that the disease acted nothing like ARDS. “This is the paradigm that every hospital in the country is working under,” he warns. “And yet, everything I’ve seen in the last nine days, all the things that just don’t make sense, the patients I’m seeing in front of me, the lungs I’m trying to improve, have led me to believe that COVID-19 is not this disease, and that we are operating under a medical paradigm that is untrue.”

In short, I believe we are treating the wrong disease, and I fear that this misguided treatment will lead to a tremendous amount of harm to a great number of people in a very short time… I feel compelled to give this information out.

COVID-19 lung disease, as far as I can see, is not a pneumonia and should not be treated as one. Rather, it appears as if some kind of viral-induced disease most resembling high altitude sickness. Is it as if tens of thousands of my fellow New Yorkers are on a plane at 30,000 feet at the cabin pressure is slowly being let out. These patients are slowly being starved of oxygen.

And while [patients] absolutely look like patients on the brink of death, they do not look like patients dying from pneumonia… I suspect that the patients I’m seeing in front of me, look as if a person was dropped off on the top of Mt. Everest without time to acclimate.

He goes on to explain that ventilators, in some cases, may be doing far more harm than good.

When we treat people with ARDS, we typically use ventilators to treat respiratory failure. But these patients’ muscles work fine. I fear that if we are using a false paradigm to treat a new disease, then the method that we program [into] the ventilator, one based on respiratory failure as opposed to oxygen failure, that this method being widely adopted … aims to increase pressure on the lungs in order to open them up, is actually doing more harm than good, and that the pressure we are providing to lungs, we may be providing to lungs that cannot take it. And that the ARDS that we are seeing, may be nothing more than lung injury caused by the ventilator.

There are hundreds of thousands of lungs in this country at risk.

In other words, the real disease appears to cause oxygen deprivation in victims, not pneumonia. This is critically important for all the obvious reasons, and it raises huge questions about the origins of the coronavirus and whether there is some additional external factor beyond the virus that may be causing a combined effect that results in severe oxygen deprivation.


Watch this second video where he begs the world to recognize that the ventilator protocols are not working and must be changed.

From this second video:

We don’t know where we’re going. We are putting breathing tubes in people and putting them on ventilators and dialing up the pressure to open their lungs. I’ve talked to doctors all around the country and it is becoming increasingly clear that the pressure we are providing may be hurting their lungs. That it is highly likely that the high pressures we are using are damaging the lungs of the patients we are putting breathing tubes in… we are running the ventilators in the wrong way…. COVID-19 patients need oxygen, they do not need pressure.