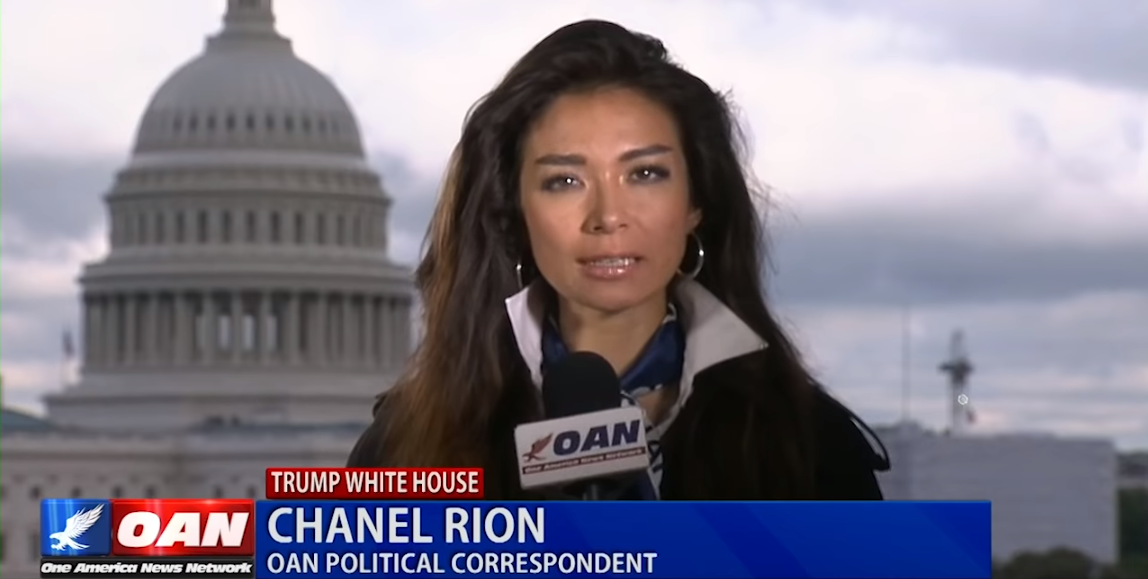 Chanel Rion of One America News Network has done what no other member of the media (including Fox News) has ever done—she called out fellow members of the White House press pool during a coronavirus press briefing—and it was a beautiful thing to behold.

After several days of China’s propaganda machine attempting to blame the coronavirus on the United States, President Trump stepped in a correctly identified the source of the coronavirus pandemic, tweeting about how he “signed the Defense Production Act to combat the Chinese Virus.”

I only signed the Defense Production Act to combat the Chinese Virus should we need to invoke it in a worst case scenario in the future. Hopefully there will be no need, but we are all in this TOGETHER!
— Donald J. Trump (@realDonaldTrump) March 18, 2020


This afternoon, during President Trump’s press conference, he called on OANN reporter Chanel Rion, who asked him, “Do you consider the term ‘Chinese food’ racist, because it’s food that originates in China?”

No, I don’t think it’s racist at all.

On that note, major left-wing news media, even in this room have teamed up with Chinese communist party narratives, and they’re claiming you’re a racist for making these claims about the Chinese virus? Is it alarming that major media players, just to oppose you, are consistently siding with foreign state propaganda, Islamic radicals, and Latin gangs and cartels, and they work right here in the White House with direct access to you and your team?

President Trump explained how he’s amazed by the amount of propaganda coming from the media. Trump claimed they don’t distribute the New York Times or Washington Post anymore because they don’t tell the truth. He continued, “They use different slogans and different concepts every week, trying to catch me. Trump said the media never calls him to get confirmation or his opinion on things, adding, “They’re more than fake news, they’re corrupt news.”

Here’s a clip of the exchange by a radical leftist journalist Ahmed Baba.

This @OANN propagandist accuses the mainstream media of teaming up with communist propaganda, Islamic radicals, and cartels (lies). Trump agrees.

This was the most disgusting question I think I’ve heard in this briefing room.


The tiny cable channel @OANN can do whatever it wants. What it chose to do today – is shameful.
— Brian Stelter (@brianstelter) March 19, 2020


CNN commentator Keith Boykin also weighed in with his criticism of the badass reporter: