When one steps back and really takes an honest look at the evidence that is already out there it becomes undeniably clear “they” were all working to enrich themselves while weakening America.

From George Soros, Joe Biden, the Clintons, to Barack Obama, (and many more) such knowledge can be both terribly disappointing and downright exhausting because you are then faced with the reality of just how deeply corrupted the entirety of the American experience has become.

Christopher Steele was the political operative who authored the infamous “Steele Dossier” that was then used to launch the illegal investigation into the then-Trump campaign and later, the Trump White House. At nearly the exact same time Steele was rolling out what became the Trump-Russia hoax, Joe Biden was doing the corruption dance in Ukraine in May of 2016. 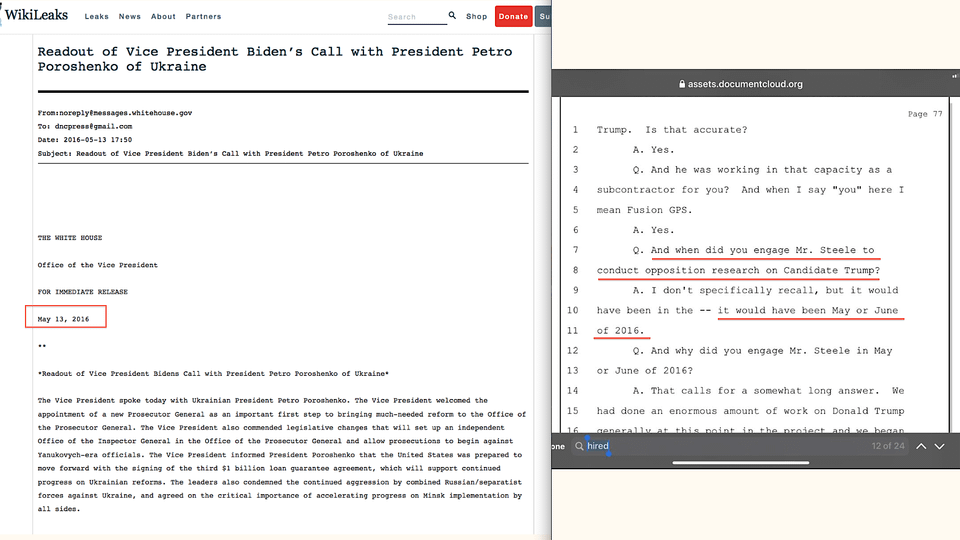 And please don’t forget it was Robert Mueller during his public congressional testimony who gave a “Fusion GPS? Huh? I don’t know nothin’ about no Fusion GPS” remark that left those in the know dumbfounded he’d be so blatant with such a flimsy deception.

So many now pray some semblance of justice will be delivered to those responsible for perpetrating this still ongoing crime against the American people.

Past experience lowers those expectations, though, as it seems time and time again that the political elite are held to a much different standard than are the rest of us.

We hope this time will be different.