James O’Keefe on Omarosa Recordings: ‘I Don’t Hear Anyone Talking About Selective Editing’ 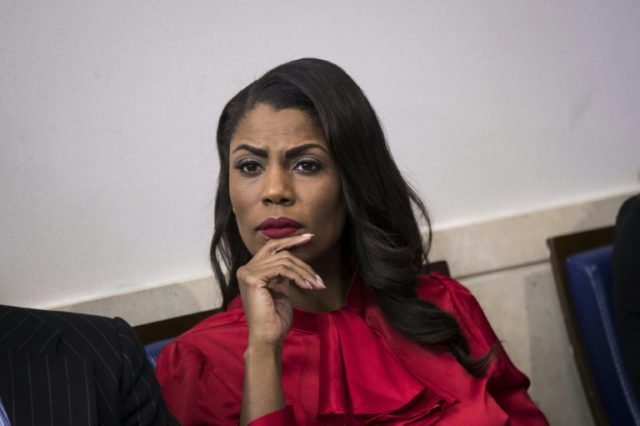 You can hear the entire conversation here.

He offered his remarks in a Tuesday interview with Breitbart News Senior Editors-at-Large Rebecca Mansour and Joel Pollak for SiriusXM’s Breitbart News Tonight.

O’Keefe examined the news media’s handling of Manigault-Newman’s surreptitious audio recordings of White House Chief of Staff John Kelly and her allegations against President Donald Trump. “I can’t hear anyone [in the news media] talking about the selective editing,” said O’Keefe. “I wouldn’t be surprised if there’s a bit of exculpatory information somewhere [in] the hour or two of raw audio.”


Whenever I release an audio recording without visual, without video of the person’s lips moving, national networks will not play that audio, period. A lot of their producers tell me that’s because they simply cannot verify the recording. We have an unreliable [and] non-credible person doing this recording — which every major media will admit [Omarosa Maginault-Newman] not credible; they’ll admit that much — so why are they playing audio tapes without video? When I release a recording and I walk out of the building, they still don’t believe that there’s not some further evidence that will contradict what we release.”
O’Keefe noted Omarosa’s editing of secretly recorded audio: “What struck me most about this Omarosa story was that in these snippets we’re hearing, like when she recorded John Kelly in the damn Situation Room, there’s a moment after Kelly stops talking that it cuts to continued recording with the other two people … but we don’t hear that part. She cut the recording, and I’m wondering what was said next.”

Mansour also observed Manigault-Newman’s editing of her secret recordings: “She put out this audio of John Kelly firing her, but she tells us in her book or in one of her interviews that the firing took over an hour or two, and yet in this audio she conveniently removes whatever discussion was had about her performance that led to the firing. You can tell she’s taking out important context.”
Via Twitter, O’Keefe called on Manigault-Newman to release her secretly recorded audio recordings fully unedited:

Release the full, raw unedited audio recordings, @OMAROSA ! You journalists that are covering this story are hypocritical scum to not use the word “edited” to describe snippets of serreptiousoy recorded audio (w/o visual corroboration!) from an unreliable source on television.
— James O'Keefe (@JamesOKeefeIII) August 15, 2018

The latest from our tips line, came from a CNN email address: "How to deal with secretly recorded media" pic.twitter.com/ntIWhySik4
— James O'Keefe (@JamesOKeefeIII) August 14, 2018

“This is a crazy story in so many ways, because the media keeps calling her unreliable,” said O’Keefe. “The ethics of the media’s behavior [are] unconscionable and with an extreme double standard which will bite them in the ass when I release my next tapes in September.

O’Keefe added, “[CNN says] you have to take the tape’s word for it, so it’ll be very interesting going into the fall — September and October — when we release our videos, to screenshot all these responses and use it against them.”

O’Keefe also teased the release of his next Project Veritas investigation’s findings on Twitter:

Screenshot this. Screenshot this for when you will be dragged kicking and screaming covering our October surprise(s) https://t.co/eOgMVQzAZ4
— James O'Keefe (@JamesOKeefeIII) August 13, 2018

Media has set a new precedent for reporting on undercover tapes. We'll see if they play by the same rules when we release our October surprise(s). If so, they will be incredibly busy covering the midterms. https://t.co/9ev6FEFYAB
— James O'Keefe (@JamesOKeefeIII) August 14, 2018

“If I did [what Manigault-Newsman did], I’d be in jail,” remarked O’Keefe. “If I recorded in the Situation Room, I would be sitting in federal prison. I don’t know what the Attorney General [or] Inspector General is going to do.”

O’Keefe said political will is lacking to prosecute Manigault-Newman: “Someone has to have the political willpower to prosecute her. What I’ve seen, based upon my observations, is that nobody does. I don’t know if she will be prosecuted. I think the media will publicly shame and attack anybody who goes after her.”

O’Keefe assessed the impact of increasing ease through which technnology allows surreptitious recording of people.

“We’re living in a brave new world,” said O’Keefe. “I think transparency is going to become a thing and to sort of quote George Carlin, there’s a new paradigm and that’s politics is going to be brutally transparent.”