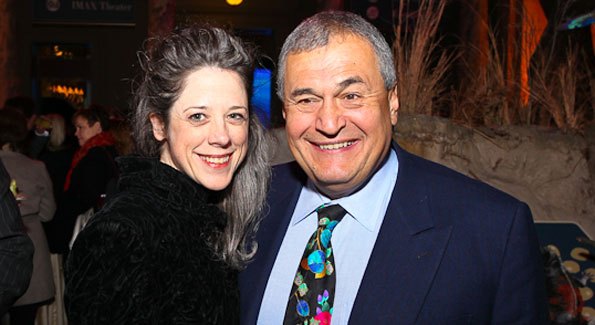 For now, remembering the scriptural admonition to be wise as serpents but gentle as doves, let's take this story at face value and hope for more good news on this front, but let us do so with eyes wide open and looming questions in the forefront of our minds. For example, why would Left-leaning and heavily biased NBC, of all outlets, decide to break such a story as if they are a fair and actual news-gathering organization?  Could it be to save face, knowing that the Trump "Russian collusion" story has no legs and will eventually and utterly collapse on the Establishment Media?  Or, is it to give cover to the Mueller team that has been hammered for months now about hiring pro-Clinton, Liberal Attorney's to go after Trump, in order for Mueller to show he is a fair-minded investigator?
-W.E.

Tony Podesta and his firm, the Podesta Group, are now under federal investigation by FBI Special Counsel Robert Mueller in connection with the Russia investigation, three sources told NBC News.

The Podesta Group was subpoenaed in late August along with four other public relations firms who worked with former Trump campaign manager Paul Manafort during a 2012-2014 lobbying effort for a pro-Ukraine think tank – the European Centre for a Modern Ukraine (ECMU) – tied to former Ukrainian president Viktor Yanukovych.

Yanukovych fled from Ukraine to Russia after he was unseated in a 2014 coup.

Two of the subpoenaed firms include Paul Manafort’s Mercury, LLC and the Podesta Group, founded by John and Tony Podesta and operated by the latter.

Manafort’s firm earned $17 million between 2012 – 2014 consulting for Yanukovych’s centrist, pro-Russia ‘Party of Regions.’ During the same period, Manafort oversaw a lobbying campaign for the pro-Russia “Centre for a Modern Ukraine,” a Brussels based think tank linked to Yanukovych which was pushing for Ukraine’s entry into the European Union.

The Podesta group, operating under Manafort, earned over $1.2 million as part of that effort.

In a statement to NBC, a spokesman for the Podesta Group said the firm “is cooperating fully with the Special Counsel’s office and has taken every possible step to provide documentation that confirms timely compliance. In all of our client engagements, the Podesta Group conducts due diligence and consults with appropriate legal experts to ensure compliance with disclosure regulations at all times — and we did so in this case.”

Visitor logs reveal that Tony Podesta visited the White House at least 114 times during the Obama administration according to White House visitor logs, and was said to have had ‘special access‘ to the administration through his brother, John Podesta, while lobbying for various pro-Kremlin interests.

During a 2015 interview with CNN’s Fareed Zakaria, former president Obama admitted that his administration ‘brokered a deal‘ for the 2014 coup in Ukraine – all while John Podesta was a West Wing advisor and Tony Podesta lobbied for an organization which opposed the coup.

While Robert Mueller’s investigation is ostensibly focused on the Trump campaign – conducting a surprise raid on Paul Manafort’s home in July, it will be interesting to see if the Special Counsel chooses to delve into the bevy of documented ties between the the Podesta brothers and Russia.

For example, Russia’s Kremlin-owned Sberbank paid the Podesta group $170,000 over a 6 month period to lobby against 2014 economic sanctions by the Obama administration:

The two Russian banks spent more than $700,000 in 2016 on Washington lobbyists as they sought to end the U.S. sanctions, according to Senate lobbying disclosure forms and documents filed with the Department of Justice.

The Podesta Group charged Sberbank $20,000 per month, plus expenses, on a contract from March through September 2016. –Daily Caller

In March of this year it was revealed that the Podesta group forgot to register as a “Foreign Agent” for their work with Sberbank.

Uranium One and Joule Unlimited

The Podesta group also earned $180,000 lobbying for Russian-owned mining company Uranium One during the same period that the Clinton Foundation was receiving millions from UrAsia / U1 interests.

Last week, two bombshell reports published by The Hill revealed that the FBI – headed by Robert Mueller at the time – discovered that “Russian nuclear officials had routed millions of dollars to the U.S. designed to benefit former President Bill Clinton’s charitable foundation during the time Secretary of State Hillary Clinton served on a government body that provided a favorable decision to Moscow” – a deal which would grant the Kremlin control over 20 percent of America’s uranium supply, as detailed by author Peter Schweitzer’s book Clinton Cash and the New York Times in 2015.

After Russia took control of the Uranium, the Podesta Group received $180,000 to lobby for Uranium One during the same period that the Clinton Foundation was receiving millions from U1 interests, and after Russia took majority ownership in the “20 percent” deal (source – you have to add up the years).

[T]he Podesta Group received $180,000 to lobby for Uranium One during the same period that the Clinton Foundation was receiving millions from U1 interests, and after Russia took majority ownership in the “20 percent” deal (source – you have to add up the years).

While NBC reports that Hillary Clinton’s campaign manager and presumed Secretary of State John Podesta is not currently affiliated with the Podesta group and not part of Mueller’s investigation, it should be noted that he sat on the board of Massachusetts energy company called Joule Unlimited, along with senior Russian official Anatoly Chubais and Russian oligarch Ruben Vardanyan – who was appointed by Vladimir Putin to the Russian economic council.

Not only did John Podesta fail to properly disclose this relationship before joining the Clinton Campaign, he transferred 75,000 shares of Joule to his daughter through a shell company using her address.

In an interview with Fox Business News’ Maria Bartaromo, Podesta denied that he failed to disclose his ties, emphatically stating “Maria, that’s not true. I fully disclosed and was completely compliant,” adding “I didn’t have any stock in any Russian company!” in reference to Massachusetts based Joule Unlimited – with its two Russian dignitaries on the board board and a $35 million loan from a Russian investment fund founded by Vladimir Putin.