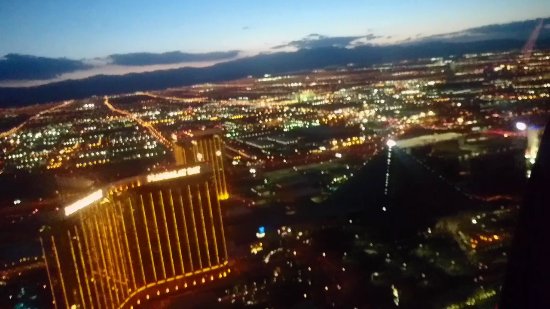 A ground AND aerial assault makes sense of what seems like incontrovertible proof of both multiple shooters and multiple hotels under attack.

Police scanners during the event also spoke of multiple shooters.

If you aren't sure what is meant by "incontrovertible proof" please consider these stories first:

It's important to note that a private helicopter charter business is located near Mandalay Bay so simply seeing helicopters flying around the sky during the event, really isn't unusual. (Or, is it just good cover?  Afterall, we must presume to pull off an operation of this size with multiple shooters and very possibly using helicopters to fire on a crowd, while getting around local police and local media, we are obviously talking about a massive operation that has the smell of CIA Black Op's, in conjunction with the FBI and various other alphabet agencies and rogue outfits no doubt)

"Multiple videos posted from the scene of the attack show a helicopter flying around the area which many have speculated could have been used for surveillance or dispatched by police after the shooting began.
Astonishingly, new footage has emerged that may show muzzle flashes coming from the helicopter in what looks to be evidence that a team was firing into the crowd from the air on that fateful night."
- Daily Sheeple

This first quick 42 second clip should, at the very least, peak your interest.

The second video, is much more in depth (and intense, watcher beware) regarding helicopters flying around the Vegas strip including Mandalay Bay, via YouTuber Truth Tracker.  You might have to plug in earbuds/headphones to clearly hear the choppers throughout most of the ordeal, I had to.