What Is the Number One Weapon Being Used to Destroy America? There are several factors of course that should be considered when we think about the "dumbing-down" of society, click on links below:

The number one weapon that is used against humanity in order to further the globalist agenda is induced stupidity.
Many older foreigners are in awe as they witnessed the dumbing down of America in just a few short decades.
We Americans were once known for our culture, innovations, creativity and work ethic. Phrases like “made in America” use to mean something. There was a time in this country when our elected leaders feared the people. Today, leaders like Feinstein, Pelosi, Reid, Obama and McCain mock America on a daily basis as they tell the same lies and engage in the same criminal behaviors with impunity or fear of discovery.

America’s intellectual deficit starts right at the top of the intelligence pyramid, namely with its intelligence quotient (IQ). The USA scores the lowest in national average IQ among the developed countries of the world, at a national average score of 98. The data is obtained from IQ and Global Equality by Dr. Richard Lynn (professor of Psychology, University of Ulster, Northern Ireland and Dr. Tatu Vanhanen (University of Tampere, Finland).
Take a look at this long-running poster child for American stupidity:

A Snapshot of Stupidity

Through the implementation of the unproven and untested principles underlying Common Core, which was introduced on the heels of the unmitigated disaster, known as No Child Left Behind, should we really be surprised at the following?


50% of high school seniors think Sodom and Gomorrah were married
55% of the U.S. population does not know that the Sun is a star
25% believe we won our independence from a country OTHER than Great Britain.
29% couldn’t name the Vice President
73% couldn’t correctly say why we fought the Cold War

Our nation even entertains itself with stupidity on top of more stupidity. 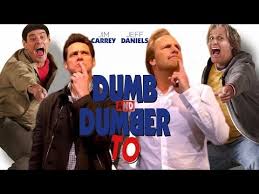 It is not just the school children that are stupid, there is plenty of the “stupid virus” left over for the adult population.
The following are facts which should inspire a collective sense of national shame.


3% can identify the first President of the United States
10% know how many justices sit on the Supreme Court
14% know who wrote the Declaration of Independence
23% can correctly identify the two houses of the U.S. Congress
22% of Americans could name all five Simpson family members, compared with just 1 in
1,000 people who could name all five First Amendment freedoms Meet the man who will bring us a vaccine for stupidity.

And of course we will be stupid enough, as a nation to accept one more devastating vaccine, a vaccine for stupidity.

Just What Kind of STUPID Nation Would Permit These Things?

What kind of nation would tolerate criminal Wall Street bankers engaging in an illegal Ponzi scheme (i.e. the derivatives) and then bailing out these felons with our own tax money? What kind of nation would tolerate a Nancy Pelosi who has admitted to engaging in insider trading in the stock market and then let her also get away with telling the people that we need to pass Obamacare to see what’s in it? What kind of nation would tolerate a Senator, like Diane Feinstein and her husband, making a billion dollars from the sale of post office buildings? What kind of nation would tolerate a US senator, John McCain, who has given aid and comfort to al-Qaeda in Libya and Syria and then ISIS in Iraq? 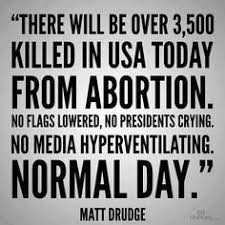 What kind of nation would murder 53 million, and counting, of its most vulnerable citizens without blinking an eye? What kind of citizenry would tolerate its elected leaders while they pass and implement a health care system based upon the British NHS which pays bonuses for euthanizing the elderly? What kind of citizenry would tolerate its elected leaders handing over control of the military to the United Nations?

What kind of nation would tolerate its megabanks and their laundering of drug money and child sex trafficking money through their institutions? Oh yes, they have paid fines, but nobody has gone to jail.

And, please explain to me, how we elected this moron, TWICE?


And how many stupid people would sign this petition to repeal the First Amendment?

What kind of nation would tolerate its President and Secretary of State refusing to close to air travel from the point of origin of the Ebola outbreak? What kind of nation would tolerate its leaders opening its southern border to anyone and everyone in the midst of the same crisis?
Answer: A nation who has citizens dumb enough to sign a petition to repeal the First Amendment, that’s who!

The number one enemy facing the American people are not the Chinese, the Iranians, the Russians, the Bilderbergs or any other liberty-destroying group. The number one enemy facing America is its profound level of stupidity!
There is one final takeaway that is not being discussed. If this population is dumb enough to be led to its destruction by people who openly profess that they are seeking to destroy 90% of humanity, then these same people are can also be led by members of the truthful media, their awake and aware neighbors and by you!  Meanwhile…