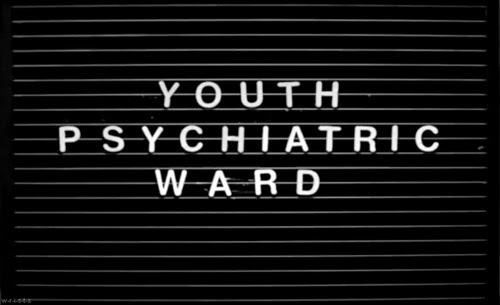 This is fundamental transformation.  This is psychological warfare against America, yet again.
Don't trust it, don't fall for it.  Now we also have more information on why the Sandy Hook manufactured crisis occurred.  -W.E.

Using the Sandy Hook Elementary School massacre as its justification, the Obama administration has recently given the psychiatric business and pharmaceutical industry a major gift by quietly introducing a behavioral and mental health program in public schools throughout the United States.
An under-reported section of "Now is the Time" is applied to “making schools safer” and “improving mental health services” for students.
Mass media have blacked out the Obama administration’s program which transforms our nation’s public schools in to lucrative referral centers for big psychopharma.
On September 22, 2014 Department of Health and Human Services Secretary Sylvia M. Burwell announced $99 million in new grants “to train new mental health providers, help teachers and others recognize mental health issues in youth and connect them to help and increase access to mental health services for young people.”

On September 23 the Department of Education announced an additional $70 million in “School Climate Transformation grants.” According to the DOE, over half of the funding “will be used to develop, enhance, or expand systems of support for implementing evidence based, multi-tiered behavioral frameworks for improving behavioral outcomes and learning conditions.”
The goals of such measures include “connecting children, youths, and families to appropriate services and supports,” and “increasing measures of and the ability to respond to mental health issues among school-aged youth."
ProPublica's reports on how hundreds of kids are being restrained by police & staff across the country.
Hundreds of kids are being injured, some seriously, each year during restraints or seclusions, according to govt. reports and advocates. Parents have powerful stories to tell. Most of restraints and seclusions happen to kids with disabilities– and are more likely to happen to kids with autism or emotional/behavioral problems. Add  psychiatric problems to the growing list and even a skeptic can see how public schools are being turned into a prison full of drug addicted kids.
Click here, here  and here to read more.
Defending searches of school kids, Michigan security director says “Every school has drugs in it, this is one of our ways to control that,” Charlie Brown, Rockford Public Schools security director, said of canine searches at the district's middle and high schools. “We believe it works."
“It turns students into suspects in a place where we should be nurturing them and focusing on their learning,” said Marc Allen, of the ACLU of Michigan. “There are ways to do a search that are more narrow and don’t implicate people’s privacy rights.”
What's next full body-cavity searches for America's students?
Click here to read more.
Both HHS and DOE explicitly cite Obama’s Now is the Time declaration as rationale for the new programs. “The administration is committed to increasing access to mental health services to protect the health of children and communities,” Secretary Burwell asserts. “If kids don’t feel safe, they can’t learn,” Secretary of Education Arne Duncan similarly remarks. “Through these grants of more than $70 million, we are continuing our commitment to ensure that kids have access to the best learning experience possible.”
Of the DOE’s $70 million, $13 million is allocated to aiding school districts in creating “high-quality school emergency plans.” Another $14 million goes toward “Project Prevent grants” for violence-plagued schools to “be used for school-based counseling services, or referrals to community-based counseling services for assistance in coping with trauma or anxiety.”
The US government’s continued aggressive transformation of the healthcare system, is beyond disturbing.
Psychiatry& drug manufacturers’ shared mission is to persuade an increasing segment of the population that it has one or more undiagnosed mental or emotional “disorders” that require analysis and treatment.
Why else would they introduce psychiatric explanations and methodologies into school environments? It guarantees them a growing customer base for the psychiatric profession and pharmaceutical industry.
The HHS and DOE announced their mental health grants two weeks before National Depression Screening Day on October 9th. The occasion for “mental health awareness” has been observed since the early 1990s by Screening for Mental Health, Inc., a nonprofit 501c offering its own free online examination.
“People stop and they check in on their physical health but they don’t do the same with their mental health,” says Michelle Holmberg, director of programs at SMH. “In the same way you would get a blood pressure screening … why aren’t people stopping to do mental health screenings?”
Click here to meet the groups fighting against limits on restraining kids in schools.
Federal bills to curtail the use of restraints/seclusion have stalled (Bills have been sponsored by U.S. Representative George Miller of California and Senator Tom Harken, Iowa), as the American Association of School Administrators (AASA) and the National School Boards Association have opposed these efforts with strong Congressional Republican support.