The High Personal Cost of Signing The Declaration of Independence 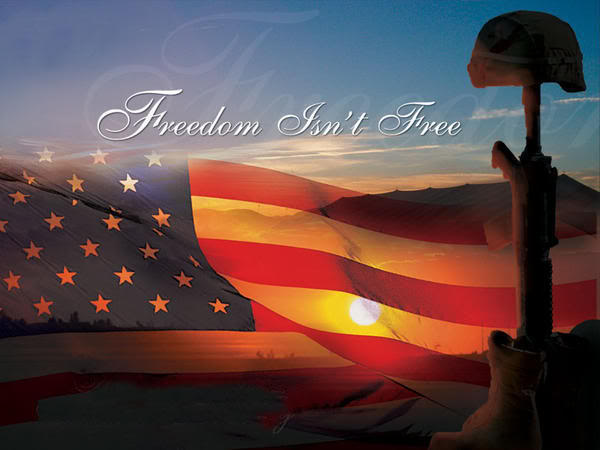 
Historical Background: On July 2, 1776, in Philadelphia, the Continental Congress adopted the resolution, introduced by Richard Henry Lee and John Adams, which actually declared independence from Great Britain.
The Declaration, which explained why the Colonies (now States) declared their independence, was adopted by the Continental Congress July 4, 1776. The leading draftsman was Thomas Jefferson, assisted by John Adams, Benjamin Franklin, Robert R Livingston, and Roger Sherman.
What happened to the 56 men who signed the Declaration of Independence?

Five signers were captured by the British as traitors and tortured before they died.

Twelve had their homes ransacked and burned.

Two lost their sons serving in the Revolutionary Army, another had two sons captured.

Nine of the 56 fought and died from wounds or hardships of the Revolutionary War. They signed and they pledged their lives, their fortunes, and their sacred honor.
John Q. Adams, son of John Adams, a signer of the Declaration of Independence, wrote:  “Posterity! You will never know how much it cost the present generation to preserve your freedoms. I hope you will make good use of it.”

What kind of men were they?

Twenty-four were lawyers and jurists.  Eleven were merchants, nine were farmers and large plantation owners: men of means, well educated.  But they signed the Declaration of Independence knowing full well that the penalty would be death if they were captured.

In early September 1776, the British burned the home of Francis Lewis and seized his wife. Held in prison with no bed and no changes of clothing, she was finally released after two years of suffering and her health gone. She died soon after her release.

Thomas McKean was so hounded by the British that he was forced to move his family almost constantly. He served in the
Congress without pay, and his family was kept in hiding. His possessions were taken from him, and poverty was his reward.

John Hart was driven from his wife’s bedside as she was dying. Their 13 children fled for their lives. His fields and his grist-mill were laid to waste. For more than a year he lived in forests and caves, returning home to find his wife dead and his children vanished. A few weeks later he died from exhaustion and a broken heart.

Lewis Morris’ New Jersey home was looted and burned and his grist mills destroyed. While he eluded capture by sleeping in caves and forest, his ailing wife died and his 13 children were scattered. His failing health forced him to leave the New Jersey legislature in 1779, and he died less than three years after the Declaration was signed.

Richard Stockton rushed home to Princeton, New Jersey, in 1776 to rescue his family from approaching British troops. He was captured and thrown into prison, where he was repeatedly beaten and kept near starvation. The British also destroyed his home and burned his papers. As a result of mistreatment, he became an invalid and died in 1781.

John Morton was criticized by many of his Pennsylvania neighbors for breaking the tie vote of the Pennsylvania delegation in favor of independence. The criticism depressed him deeply. Early in 1777 he became ill and died.

Philip Livingston’s 150,000 acre estate was seized by the British, but he continued to contribute his dwindling fortune to Congress for the war effort. The strain of the revolutionary struggle also depleted his health, and he died less than two years after signing.

Robert Morris issued over one million dollars of personal credit to finance the war effort, and raised $200,000 to defeat the British at Yorktown. In 1798, his personal finances collapsed. Never reimbursed by the country, he spent three years in debtor’s prison.

Joseph Hewes of North Carolina gave tirelessly of himself to create a navy and help General Washington. Working long hours without adequate food and rest, he lost his health and died in 1779 at age 49.

Philip Livingston’s 150,000 acre estate was seized by the British, but he continued to contribute his dwindling fortune to Congress for the war effort. The strain of the revolutionary struggle also depleted his health, and he died less than two years after signing.

Carter Braxton of Virginia, a wealthy planter and trader, saw his ships sunk or captured by the British Navy. Although he lost his wealth and was forced to sell his land, he continued to serve in the Virginia Legislature.  He sold his home and properties to pay his debts and died in poverty.

Thomas Heyward, Jr. served in the army and was taken prisoner. The British raided his plantation while he was in prison and burned his buildings. His wife became ill and died before he was released.

Williams Hooper of North Carolina was hunted by the British. He fled, and they burned his home and lands.

Thomas Nelson, Jr. served as governor of Virginia and distributed large sums of his money to the families of his soldiers. At the Battle of Yorktown, he led 3,000 Virginia militia against the British. Although the British took refuge in homes belonging to Virginians, Nelson’s troops shelled them away.  At the battle of Yorktown, he noted that the British General Cornwallis had taken over the Nelson home for his headquarters. He quietly urged General George Washington to open fire. The home was destroyed, and Nelson died bankrupt.

Such were the stories and sacrifices of the American Revolution. These were not wild eyed, rabble-rousing ruffians. They were soft-spoken men of means and education. They had security, but they valued liberty more.
Please note that some of the above information is the subject of debate. However, the limited information we do have serve as vital reminders of the heart-breaking sacrifices these patriots made to establish uncommon freedom and justice in this land.
Not all were genuine Christians; many were deists and other wavered between those two camps. But God has used their courage and suffering to raise up a nation that has spread God's Word and love around the world.