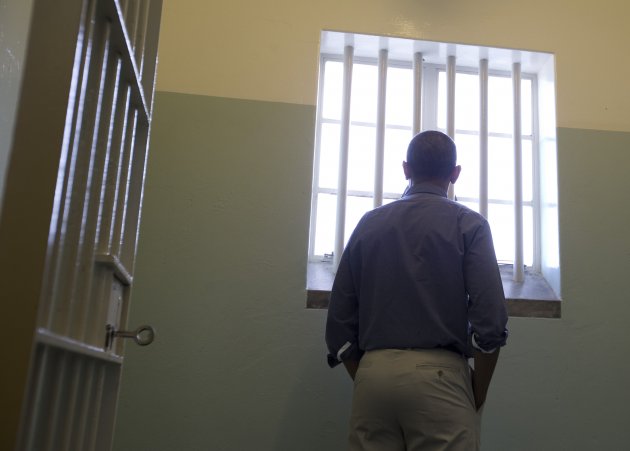 At first thought, why the gamesmanship and not just impeach the usurper instead of giving him more time to destroy what is left of America, and bring about the completion of his beloved NWO "transformation", which seems to be the ultimate end game?
On second thought, because most in the House are fearful to take the steps to impeachment,  if this is a first step towards that goal, why not bring it on?
-W.E.


Congressman Tom Rice of South Carolina, a Republican, is sponsoring a resolution in the House of Representatives that would, if adopted, direct the legislative body "to bring a civil action for declaratory or injunctive relief to challenge certain policies and actions taken by the executive branch."
In other words, Rep. Rice wants to take President Obama to court for not faithfully executing the laws.
"President Obama has adopted a practice of picking and choosing which laws he wants to enforce. In most cases, his laws of choice conveniently coincide with his Administration’s political agenda. Our Founding Fathers created the Executive Branch to implement and enforce the laws written by Congress and vested this power in the President.  However, President Obama has chosen to ignore some of the laws written by Congress and implemented by preceding Presidents," Rice wrote in a letter to fellow House members to ask them to co-sponsor this resolution.
"This resolution allows the House of Representatives to bring legal action against the Executive Branch and challenge recent actions, inactions, and policies."
The "legal action against the President" would be, according to an aide for Rep. Rice, "for ignoring Article II, Section 3 of the Constitution." Article II, Section 3 of the Constitution states,
The resolution alleges that President Obama and his administration have abused executive power and failed to execute the laws of the United States faithfully.
Thus, the resolution calls for "CIVIL ACTION.—The House of Representatives shall bring a civil action in the United States District Court for the District of Columbia for declaratory or injunctive relief to challenge any of the following policies or actions:


(1) The policy of the Department of Health and Human Services that, with respect to health insurance coverage that is renewed for a policy year during the period beginning January 1, 2014, and ending October 1, 2014, health insurance issuers may continue to offer coverage that would otherwise be terminated or cancelled for being out of compliance with various requirements of title XXVII of the Public Health Service Act and corresponding portions of the Employee Retirement Income Security Act and the Internal Revenue Code of 1986, as announced by the Center for Medicare and Medicaid Services on November 14, 2013.
(2) The 1-year delay in the application of the reporting requirements of sections 6055 and 6056 of the Internal Revenue Code of 1986 (and related requirements of section 4980H of such Code), as provided under Department of the Treasury Notice 2013–45, as announced by the Department of the Treasury on July 2, 2013.
(3) The policy of the Department of Homeland Security to exercise prosecutorial discretion with respect to individuals who came to the United States as children, as announced by the Department of Homeland Security on June 15, 2012.
(4) The authorization, approval, renewal, modification, or extension of any experimental, pilot, or demonstration project under section 1115 of the Social Security Act (42 U.S.C. 1315) that waives compliance with a requirement of section 407 of such Act (42 U.S.C. 607) through a waiver of section 402 of such Act (42 U.S.C. 602).

In plain English, and in the words Rice used to ask fellow members to sign onto the resolution, the complaints are:

He shall from time to time give to the Congress information of the state of the union, and recommend to their consideration such measures as he shall judge necessary and expedient; he may, on extraordinary occasions, convene both Houses, or either of them, and in case of disagreement between them, with respect to the time of adjournment, he may adjourn them to such time as he shall think proper; he shall receive ambassadors and other public ministers; he shall take care that the laws be faithfully executed, and shall commission all the officers of the United States.

Here's [the] full resolution, which is expected to be filed with the House clerk's office very soon:

RESOLUTION
Directing the House of Representatives to bring a civil action for declaratory or injunctive relief to challenge certain policies and actions taken by the executive branch.
Whereas President Obama and officials in his administration have frequently overstepped the limits placed on executive branch power by the Constitution;
Whereas because of President Obama’s continuing failure to faithfully execute the laws, his administration’s actions cannot be addressed by the enactment of new laws, be- cause Congress cannot assume that the President will execute the new laws any more faithfully than the laws he has already ignored, leaving Congress with no legislative remedy to prevent the establishment of what is in effect an imperial presidency; and
Whereas it is therefore necessary and appropriate for Congress to turn to the courts to ensure the faithful execution of the laws as required by the Constitution: Now, therefore, be it
Resolved,