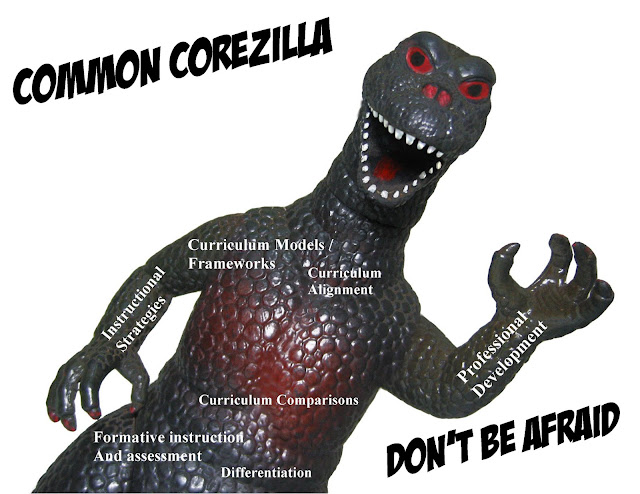 As I point out in my new book, A Government Of Wolves The Emerging American Police State

, there are several methods for controlling a population.

You can intimidate the citizenry into obedience through force, by relaying on military strength and weaponry such as SWAT team raids, militarized police, and a vast array of lethal and nonlethal weapons.
You can manipulate them into marching in lockstep with your dictates through the use of propaganda and carefully timed fear tactics about threats to their safety, whether through the phantom menace of terrorist attacks or shooting sprees by solitary gunmen.
Or you can indoctrinate them into compliance from an early age through the schools, discouraging them from thinking for themselves while rewarding them for regurgitating whatever the government, through its so-called educational standards, dictates they should be taught.
Those who founded America believed that an educated citizenry knowledgeable about their rights was the surest means of preserving freedom. If so, then the inverse should also hold true: that the surest way for a government to maintain its power and keep the citizenry in line is by rendering them ignorant of their rights and unable to think for themselves.
When viewed in light of the government’s ongoing attempts to amass power at great cost to Americans—in terms of free speech rights, privacy, due process, etc.—the debate over Common Core State Standards, which would transform and nationalize school curriculum from kindergarten through 12th grade, becomes that much more critical.
Essentially, these standards, which were developed through a partnership between big government and corporations, in the absence of any real input from parents or educators with practical, hands-on classroom experience, and are being rolled out in 45 states and the District of Columbia, will create a generation of test-takers capable of little else, molded and shaped by the federal government and its corporate allies into what it considers to be ideal citizens.
Moreover, as Valerie Strauss reports for the Washington Post: “The costs of the tests, which have multiple pieces throughout the year plus the computer platforms needed to administer and score them, will be enormous and will come at the expense of more important things. The plunging scores will be used as an excuse to close more public schools and open more privatized charters and voucher schools, especially in poor communities of color. If, as proposed, the Common Core’s ‘college and career ready’ performance level becomes the standard for high school graduation, it will push more kids out of high school than it will prepare for college.”
With so much money to be made and so many questionable agendas at work, it is little wonder, then, that attempts are being made to squelch any and all opposition to these standards. For example, at a recent public forum to discuss the implementation of these standards in Baltimore County public schools, one parent, 46-year-old Robert Small, found himself “pulled out of the meeting, arrested and charged with second-degree assault of a police officer” simply for daring to voice his discontent with the standards during a Q&A session with the superintendent.
“Don’t stand for this. You are sitting here like cattle,” shouted Robert Small to his fellow attendees as he was being dragged out of the “forum” on the Common Core standards. “Is this America?”
No, Mr. Small, this is no longer America. This is, instead, fascism with a smile, sold to us by our so-called representatives, calculating corporations, and an educational system that is marching in lockstep with the government’s agenda.
In this way, we are being conditioned to be slaves without knowing it. That way, we are easier to control. “A really efficient totalitarian state would be one in which the all-powerful executive of political bosses and their army of managers control a population of slaves who do not have to be coerced, because they love their servitude,” writes Aldous Huxley.
The original purpose of a pre-university education in early America was not to prepare young people to be doctors or lawyers but, as Thomas Jefferson believed, to make citizens knowledgeable about “their rights, interests, and duties as men and citizens.”
Yet that’s where the problem arises for us today. Most citizens have little, if any, knowledge about their basic rights, largely due to an educational system that does a poor job of teaching the basic freedoms guaranteed in the Constitution and the Bill of Rights.
Many studies confirm this. For instance, when Newsweek asked 1,000 adult U.S. citizens to take America’s official citizenship test, 29 percent of respondents couldn’t name the current vice president of the United States. Seventy-three percent couldn’t correctly say why America fought the Cold War. More critically, 44 percent were unable to define the Bill of Rights.
That Americans are constitutionally illiterate is not a mere oversight on the part of government educators. And things will only get worse under Common Core, which as the Washington Post reports, is a not-so-subtle attempt “to circumvent federal restrictions on the adoption of a national curriculum.”
Putting aside the profit-driven motives of the corporations and the power-driven motives of the government, there is also an inherent arrogance in the implementation of these Common Core standards that speaks to the government’s view that parents essentially forfeit their rights when they send their children to a public school, and should have little to no say in what their kids are taught and how they are treated by school officials. This is evident in the transformation of the schools into quasi-prisons, complete with metal detectors, drug-sniffing dogs, and surveillance cameras. The result is a generation of young people browbeaten into believing that they have no true rights, while government authorities have total power and can violate constitutional rights whenever they see fit.
Yet as Richard Dreyfuss, Oscar-winning actor and civics education activist, warns: “Unless we teach the ideas that make America a miracle of government, it will go away in your kids’ lifetimes, and we will be a fable.”