It is hard to listen to a mom in anguish over her sons she loves.
Because I have been unusually busy for the past few days with person matters, and not able to monitor closely what is going on in the news like I would like to, I am going to refrain from specific commentary for now on what has been going on regarding the awful tragedy of the Boston Bombings and who is behind this.

There is one thing I do think we should consider.
The mainstream media has not told us the truth in a very long time about countless issues or they simply frame issues into the light that best fits their agenda.

A few random instances to make my point are:

BENGHAZI-GATE...NOTHING going on with this most recent NATIONAL TRAGEDY, to the extent that 700 retired military officers have written Congress recently demanding a formal investigation by Congress of what went down in Benghazi on 9-11-2012.  For some odd reason it still shocks me that this would be necessary, that Congress would not investigate the wild and obviously investigation worthy claims of the Obama administration without being forced into it.  That says a lot about Congress does it not?
Beyond this, the crack MSM, save FOX news, has been virtually silent about Benghazi- which this one issue alone does not instill any confidence in what they report.  Bring up the Zimmerman case and you get story after story, including doctored pictures that fits the media narrative, but almost nothing on Benghazi.

FAST AND FURIOUS:  Crimes were committed, no doubt about it. Serious, impeachable crimes in fact.  A lot of talk by congressmen and officials, no subpoenas, no arrest warrants, no high level resignations or apologies.
Nada one.
Eric Holder is still laughing.
Media, where did they go??

2012 PRESIDENTIAL ELECTIONS:  Whole precincts in some cities ONLY voted Democrat...media is silent. Could list a lot more in the way of voter fraud, but you get the point.

ABORTION PRACTITIONER KERMIT GOSNELL: On trial for 8 murders, including 7 infants. media yawns because it does not help their cause of furthering the Planned Parenthood goals of killing babies, especially black babies by the millions each year.

OBAMA ELIGIBILITY-  Barry Soetoro is a fraud every which way to Tuesday and everyone in the media knows it and is silent- while our nation crumbles.

So, knowing the majority of the mainstream media (and many in Congress) are complicit in a war against America and our Constitution, deceiving us with a smile directly to our faces from their newsrooms and editorial boards, who are largely owned by Progressive billionaires, why would I believe either in whole or in part anything they tell us, especially on some thing this big?
-W.E. 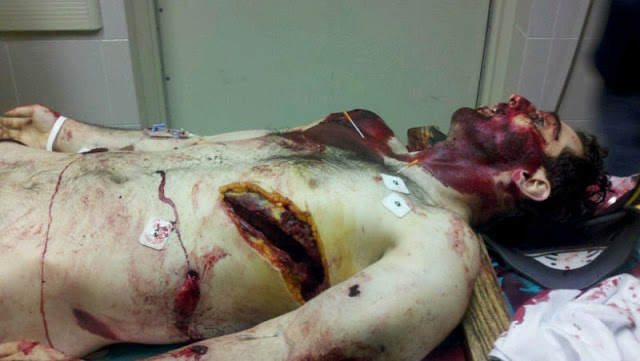