Dorner and The Orwellian Left 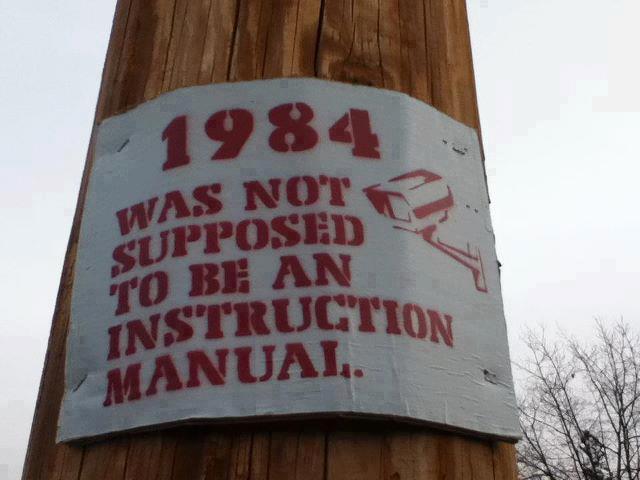 Twitter can be a challenge for me to be honest, don't laugh, but it is a lot of information coming at you fast!  Tonight it paid off in spades because I found an excellent site, and a kindred spirit.  If you haven't done so yet, be sure you visit "Rethink Society".   - W.E.

We are California natives, and more specifically, born and raised in So Cal. Like most of the nation, we witnessed the events of the Dorner fiasco unfold in an ever more increasingly bizarre series.
We found it interesting that most of the big media organizations failed to mention the political aspects of Christopher Dorner’s manifesto. Incidentally, it emphasized high praise of almost everything far left, including most “talking heads” (except the ones on Fox), Hillary Clinton, Joe Biden, civilian disarmament, etc.
This portion of the manifesto was virtually non-existent in every mainstream publication. It took us quite awhile, scouring the Internet to find the entire piece.
Now, why was that?

Dorner, The Left, and Civilian Disarmament
Remember how, almost immediately after the Aurora, Colorado shooting this past summer, the stories quickly spread about the “crazy tea-partier”?
Local and national news spokesmen emphatically interjected this information, but, it turns out, the shooter simply had the same name as an innocent tea party member.
We generally don’t think that the political leanings of a mass-murderer are worth anything, especially when judging groups as a whole, but it’s interesting that it only seems to makes the mainstream, left-leaning news when they agree with the “other guy.”
For instance, Los Angeles mayor, Antonio Villaraigosa, announced a reward for Dorner’s capture at a news conference. He also informed us that he “will not tolerate this reign of terror” by Dorner.
So, his answer is to have the police shoot up suspected vehicles before ascertaining who is in them?
Nice solution for a Progressive who wants to disarm responsible citizens and militarize the police. The panic these politicians are exhibiting is the same excuse they use as to why we must be disarmed.
Not every life episode is a crisis and an opportunity for the government to rob you of your earnings, claiming to be the only ones to help, but they sure seem to wish it were. As Americans, we used to do it all by ourselves.
We had an ex-cop shooting innocent civilians, and a police force shooting innocent civilians. Doesn’t it make you feel comfortable that Homeland Security has purchased 1.2 billion bullets in the past year?
That would be enough bullets to shoot every American man, woman, and child five times. To train their forces in the use of those bullets, Homeland Security is currently conducting mass-migration drills to quell the population when civil unrest occurs.
The government is doing all of this at a time when they’re taking away guns from individual citizens.
Could you liberals please find some other place on earth to create your own Orwellian nightmare and leave the rest of us alone?
Email Post
Labels: Corruption Gun Control Loss of Liberty Progressives shootings