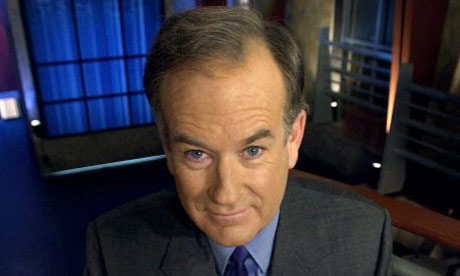 
Individuals representing a wide range of pro-family organizations have signed a request to Fox News talk show host Bill O’Reilly to stop using homosexual activist Wayne Besen as a commentator on his program.
“When Fox News provides a forum to a radical homosexual activist known for employing inflammatory and hateful language in the service of promoting lies, the network becomes complicit in the damage done to the victims of Wayne Besen’s and the SPLC’s smear campaigns,” said the statement signed today by Mathew D. Staver of Liberty Counsel, Oklahoma State Rep. Sally Kern, Diane Gramley of the American Family Association of Pennsylvania and others.
“We ask the News Corporation, Fox News, and Bill O’Reilly to find more ethical spokespersons for the liberal view of sexuality. In their infamous Washington Post ad accusing FRC of hateful values, Besen and the SPLC claim that ‘words have consequences.’ Yes, they do. And Besen’s may lead to violence,” the statement said.
Others signing included David Smith of the Illinois Family Institute, Laurie Higgins of Illinois Family Institute, Matt Barber of Liberty Counsel Action, Denise Shick of Help 4 Families, Regina Griggs of Friends of Ex-Gays & Gays (PFOX), Arthur Goldberg of Jews Offering New Alternatives for Healing, Greg Quinlan of Pro-Family Network of Ohio, Pastor John Kirkwood of Grace Gospel Fellowship, Brian Camenker of MassResistance, Peter LaBarbera of AFTAH, Scott Lively of Defend the Family International, Chaplain Gordon James Klingenschmitt of The Pray In Jesus Name Project and Linda Harvey of Mission America.
The group’s letter explains that Besen, who founded the pro-homosexual Truth Wins Out, has gone so far in his activities to oppose the traditional family supporters that in 2009 he used a bullhorn to harass Christians inside a Boston church.
Besen, meanwhile, posted a statement on his website regarding the letter.
“I have never been more proud of my career accomplishments than I am today. It has been said that the friends and foes accrued over a lifetime can be used as a measure of the man. Given the coalition of homophobes and hate groups that viciously attacked me today, I feel my life’s work has been vindicated and validated.”
Besen then went down the list of signers, explaining why each one would hate him. Regarding LaBarbera, for example, he said, “He’s angry because I dubbed him ‘Porno Pete’ – a nickname that has stuck and defined his bizarre advocacy.”
The letter cited the very real danger evidenced by a shooting last week at the Family Research Council in Washington, a pro-family organization that apparently was targeted by the gunman for, in his own words, the group’s “politics.”
The shooter, who has been charged for the attack, apparently volunteered as a homosexual community center. But the FRC previously had been labeled as a “hate group” by the pro-homosexual Southern Poverty Law Center.
The letter calls Besen a homosexual agitator.
“Last week Fox News reported that Tony Perkins, FRC’s president, blamed the Southern Poverty Law Center (SPLC) and its rhetoric of hateful lies against FRC for helping to create a climate that led to shooter Floyd Corkins’ actions,” the letter said. “The SPLC and Wayne Besen are united in demonizing conservative organizations and individuals. Despite repeated complaints about Besen’s appearances, producers of the ‘O’Reilly Factor’ continue to feature Besen, a radical homosexual activist aligned with the SPLC, as a guest commentator.”
The signers noted Besen has publicly labeled conservative speakers as “certifiable lunatics with dangerous agendas.” And they said Besen was part of a recent Washington Post ad falsely blaming FRC for homosexuals being more like to be targeted by hate crimes.
They said Besen and SPLC “are now filing complaints against therapists who counsel homosexuals with unwanted same-sex attractions, thereby denying gays the right of therapeutic self-determination.”
“It is time that the O’Reilly Factor cease using Besen as a guest commentator. Providing Besen with a forum lends credibility to his pernicious tactics and enables Besen to exploit his appearances for fundraising purposes,” the wrote.
Besen said his perspective was being attacked “Because I have consistently challenged their propaganda campaigns, exposed their lies, publicly taken them to task, helped undermine the so-called ‘ex-gay’ myth that they promote, and even destroyed some of their careers. If anything the level of vitriol they displayed highlights the effectiveness of Truth Wins Out and our ability to strategically frustrate the goals of our adversaries.”
The family groups, however, said Besen’s claims that former homosexuals are not entitled to the same rights and respect given homosexuals puts him beyond the pale.
Email Post