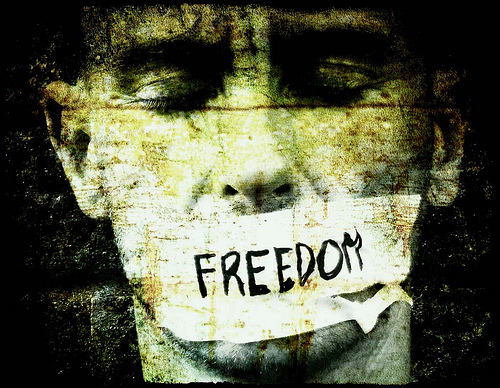 
A liberal activist group heavily tied to the White House and funded by billionaire George Soros is now attacking the popular Drudge Report website for “funneling” millions of readers to WND.
Think Progress is also tied to the controversial Media Matters for America and is funded by the main financier of MoveOn.org and ACORN.


In a posting Wednesday, Think Progress claimed it conducted a study that found that since July 2011, Drudge linked to WND and the InfoWars website founded by Alex Jones a total of 184 times.

Think Progress called WND and InfoWars “two sites that promote the Internet’s worst conspiracy theories.”
It labeled WND as “birthers” and InfoWars as “9-11 truthers.”
The progressive website noted that according to media sources regularly linked by Drudge, a single link on the Drudge Report “can easily drive 200,000 – and sometimes as many as 500,000 – pageviews to an article.”
“Conservatively, Drudge drove over 30 million page views to WorldNetDaily and InfoWars in the last year,” added Think Progress.
Think Progress is a project of the Soros-funded American Progress Action Fund, which was founded by its “sister advocacy organization,” the Center for American Progress, or CAP.
Responding to the Think Progress claim, WND founder and CEO Joseph Farah charged that it’s “not WND that is promoting conspiracy theories.”
“It is extremist, partisan propaganda machines like CAP whose sole purpose is to follow the Saul Alinsky Rule No. 13 demonization template – ‘identify, isolate, freeze and escalate,’” Farah said.
“What the Soros-Podesta targeting of WND suggests, with the guilt-by-association links to the Drudge Report, is that our reporting represents a real threat to their interests.
“I find it reassuring that we are doing such a good job,” said Farah.
The Center for American Progress established its Action Fund to transform “progressive ideas into policy through rapid response communications, legislative action, grassroots organizing and advocacy.”
CAP is run by John Podesta, a former chief of staff to President Bill Clinton who was co-chairman of President Obama’s 2008 White House transition team.
Podesta and CAP have had heavy influence on the crafting of White House policy. CAP routinely releases policy reports that are reportedly used in the formulation of Obama administration policy.
A Time magazine article profiled the influence of Podesta’s Center for American Progress in the formation of the Obama administration, stating that “not since the Heritage Foundation helped guide Ronald Reagan’s transition in 1981 has a single outside group held so much sway.”
The article branded the CAP as the “idea factory” of the Obama administration.
Several former Obama administration officials have joined CAP. Donald Berwick, who served as head of the Centers for Medicare and Medicaid Services until last December, just joined the liberal think tank when he stepped down.
Former EPA Commissioner Carol Browner is a CAP distinguished senior fellow, as is Van Jones, Obama’s former “green” jobs czar who resigned in 2009 after it was exposed he founded a communist revolutionary organization and implied the Bush administration may have been involved in the 9/11 attacks.
Sen. Tom Daschle, Obama’s first choice as secretary of health and human services, is a CAP alumnus.
The Center for American Progress reportedly was founded in 2003 with seed money from Soros, who also donated $3 million to the group’s sister, the Project Action Fund.
Another major CAP donor is the Soros-financed Tides Foundation, which is also a main donor to MoveOn.org and is tied to the Occupy movement. Tides was a primary donor to ACORN, as well. The Tides Center’s board chairman is Wade Rathke, ACORN’s founder and chief organizer.
Think Progress, meanwhile, routinely reprints pieces by the Soros-funded Media Matters for America. The two organizations share the same top donors, including Soros and Tides.
Discover the Networks notes how on May 3, 2004, CAP helped to launch Media Matters.
According to The New York Times, Media Matters “was developed with help from the newly formed Center for American Progress.” The Times notes John Podesta “introduced [Media Matters founder David Brock] to potential donors.”
White House staffers reportedly have held regular meetings with Media Matters, which recently came under fire for unusual tactics, including compiling a de facto enemies list and announcing an all-out campaign of “guerrilla warfare and sabotage” against the Fox News Channel. The group reportedly investigates the personal lives of targeted reporters and news personalities.
Email Post