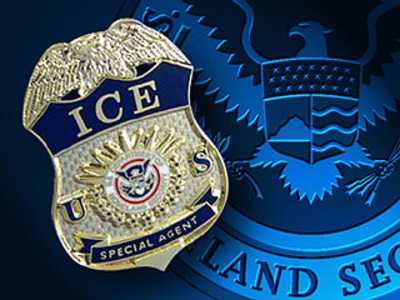 
As part of President Barack Obama's "new immigration and deportation strategy," all U.S. Immigration and Customs Enforcement (ICE) officers must complete a training program that stresses removing high-risk offenders while at the same time forgoing the deportation of illegal aliens with clean records and strong ties to their communities, said the ICE officers' union officials this week.
According to federal law enforcement officials, a majority of ICE’s commanding officers and prosecuting attorneys have completed the training seminar.

But the National ICE Council, which represents the agency’s more than 6,000 immigration officers, has not allowed its members to enroll in the new training program.
The tough and outspoken president of the National ICE Council, Chris Crane, has opposed many of the president’s strategies, arguing that Obama’s policies force ICE officials to disregard the law.
In separate statements, officials from the border patrol agents union have also criticized Obama's immigration and border security policies.
On one occasion, while testifying before the House Judiciary subcommittee, Crane accused Obama of pandering to Latino groups for political gain.
“Law enforcement and public safety have taken a back seat to attempts to satisfy immigrant advocacy groups,” Crane told the panel of congressmen.