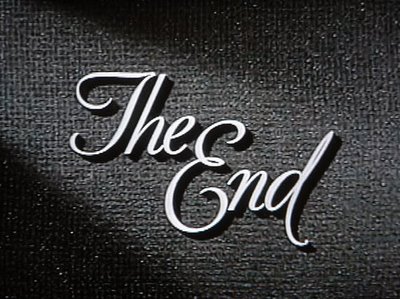 Isn't it interesting how when the President changes his mind on an issue it is called "evolution", when a conservative does, it is called "flip-flopping".  The truth of course is that he has always been for gay marriage because he is about destruction.  He is a destroyer, like Apollyon from the book or Revelation. That will be his legacy. I can hear the nay-sayers already saying that "the family will cease to exist" is "over the top" and "fear-mongering".  I assure it is neither of those. The truth is, the family as we know it WILL INDEED cease to exist. The number of divorces within heterosexual marriages has already done a number on the family, with blended families being the norm.  But bring two gays together across the country...and where will it stop? I assure you it will not. It will mean no boundaries and anything goes. A complete free for all.  Pologamy, transgendered, you name it and man will corrupt it beyond recognition.  Who will suffer?  The children mostly, but then society as a whole. Children cannot cope with this.  This is not normal.  Sorry. No, I am not sorry. 6000 years of human history is the RIGHT SIDE of history, despite what Fox News' Shep Smith says. -  W.E.

His words conjure up imagery of a brooding, contemplative president, seeking the advice of friends and associates and finally coming to a new conclusion three years later. I don’t believe it for a minute. He stated as far back as 1996 that he was in favor of gay marriage and then flip-flopped on the issue when he ran for president. His new position sounds more like a political calculation in an election year.

The president’s evolution of gay marriage also lacks credibility because of his consistent support for the gay and lesbian agenda. He opposed “Don’t Ask, Don’t Tell” for military personnel and ordered his Justice Department not to fight for the Defense of Marriage Act in court. Then on Monday, Obama declared that he now wants DOMA repealed.
The president hasn’t opposed LGBT activists on any substantive issue since taking office.
Now that he is seeking re-election and has been smoked out by Vice President Biden, he apparently decided it was time to reveal what he has believed about same-sex marriage all along.
The president’s statement also lacks internal consistency. He said he favors each state’s right to determine the definition of marriage – yet isn’t that precisely what the people of North Carolina did last week? Was their vote of 61 to 39 percent in favor of traditional marriage a fluke, or was it the result of the citizens of North Carolina making their own choice?
And speaking of states’ rights to define marriage, wouldn’t that wreak havoc on individual families? Imagine the chaos of a couple being married in Texas but not married in Arkansas, or being married in Arizona and not married in Massachusetts. Children in one state would be legitimate, but would be the product of unmarried parents in the next. And what about the jurisdiction of the federal and state courts? Could they continue to override the will of the people, as did the 9th Circuit Court of Appeals in California? And what about inheritance issues from state to state? You would think the president of the United States would have thought through his position and its implications before impulsively making it known to the nation.
If traditional marriage is not the law of the land, the institution of the family will cease to exist.
Finally, this story has been mishandled by the biased news media, as usual.
Even Fox News, notably Shepard Smith, told its viewers for weeks that the nation was shifting dramatically in the direction of same-sex marriage. That is palpably untrue.
North Carolina and 31 other states have now voted on the definition of marriage, and every one of them has affirmed it as being exclusively between one man and one woman. There have been no exceptions. Mr. Smith never acknowledged that fact and said instead that the president was at last on the “right side of history.” Really, Mr. Smith? Traditional marriage has been the cultural norm on every continent on earth for 8,000 years, even in Greece and Rome.
Mr. President, I hope you live to regret ripping into the institution of marriage, which has been foundational to the social order of all nations. It must continue to be protected in law and practice if the family is to survive in this shock-wave world.
Email Post