The Bible Is Becoming Less Important To Most Americans 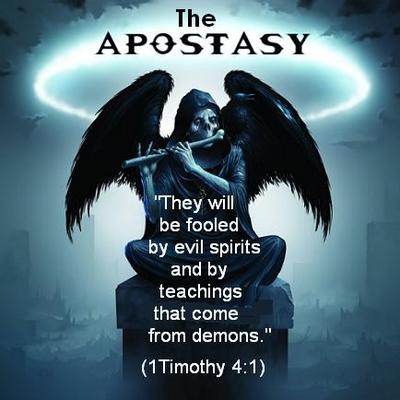 Once upon a time, the vast majority of all Americans believed that the Bible was the Word of God, but now things have fundamentally changed.  With each passing year, the Bible is becoming less important to most Americans.

The results of the most recent State of the Bible survey are absolutely shocking.  The survey was conducted by the Barna Group on behalf of the American Bible Society, and it clearly shows that the Bible is becoming less important in the daily lives of Americans.  Sadly, young people are rejecting the Bible and rejecting Christianity in higher percentages than anyone else.  The Bible tells us that there will be a great apostasy in the last days, but to see it start to happen is incredibly sad.  The following are some of the most noteworthy results of the survey....

As the Bible becomes less important to most Americans, they are also increasingly coming to believe that all major religions are acceptable paths to God.
In fact, a movement known as "Chrislam" that is attempting to draw together Christianity and Islam is making inroads in churches all over America.  For example, last year dozens of churches publicly read from the Quran during their worship services one Sunday as part of an interfaith project promoted by the Interfaith Alliance and Human Rights First.
Most Americans simply do not believe that there is a single way to God anymore.  One survey that was conducted a while back discovered that 52 percent of all American Christians believe that "at least some non-Christian faiths can lead to eternal life".
For many other Americans, religion is simply not important at all.  A survey that was conducted by LifeWay Research found that 46 percent of all Americans never even think about whether they will go to heaven or hell at all.
Without a doubt, Christianity is losing its dominant role in American life.  Most Americans still consider themselves to be "Christian" in one sense or another, but the percentage of Christians in the United States is falling fast.  Back in 1990, 86 percent of all Americans considered themselves to be Christians.  In 2008, that number had plummeted to 76 percent.
So where are all of those people going?
Well, certainly a number of other religions have grown rapidly, but so has atheism.  In fact, according to the U.S. Census Bureau the number of Americans with "no religion" more than doubled between 1990 and 2008.
This is particularly true among young Americans.  According to one survey, 25 percent of all Americans in the 18 to 29 age bracket say that they have no religion.
Survey after survey has found that the younger a person is, the less likely they are going to be Christian.
Young adults in America today are far less likely to be engaged in religious activities than their parents or grandparents.  The following are some of the results of a survey of young adults that was conducted by LifeWay Christian Resources....
•65% rarely or never pray with others, and 38% almost never pray by themselves either.
•65% rarely or never attend worship services of any kind.
•67% don't read the Bible or any other religious texts on a regular basis.
There appears to be a huge drop off in church attendance during the transition from the teen years to the young adult years.  The following comes from a CNN article....

David Kinnaman, the 38-year-old president of the Barna Group, an evangelical research firm, is the latest to sound the alarm. In his new book, "You Lost Me: Why Young Christians Are Leaving Church and Rethinking Faith," he says that 18- to 29-year-olds have fallen down a "black hole" of church attendance. There is a 43% drop in Christian church attendance between the teen and early adult years, he says.

But that doesn't mean that young adults in America are fully rejecting spirituality.
In fact, spirituality and the supernatural have been at the very heart of some of the biggest entertainment phenomenons that we have seen in recent years.  Harry Potter and Twilight both captured the imaginations of millions upon millions of young Americans.
Our young people seem to have a craving for the supernatural, but they do not seem to have much of a desire for Christianity.
In fact, many music superstars have found great success by using dark imagery that fully rejects Christianity.  Satanic imagery seems to have a great allure for many young Americans today.  The following comes from a recent Fox News article....

Lady Gaga, for example, frequently uses satanic imagery in her music videos. A simple Google search of Gaga’s name yields results that suggests everything from her being a servant of the dark lord, which she does little to dispel, to her involvement with the Illuminati, an alleged secret society of powerful musicians, CEOs and politicians rumored to worship the devil.
Similarly, Kanye West has garnered attention with controversial satanic images in his music videos and joking that he is involved with the Illuminati. West's frequent collaborators Jay Z and Beyonce are rumored to be involved with the group as well.
Rapper Tyler Okonma, better known by the stage name Tyler the Creator, has even branded himself the son of Satan in his song “Bastard.”
And with Satan’s imagery arguably translating to remarkable success for these stars, who have Grammys and gold records under their belts, experts don’t see it going away any time soon.

We need to reach these young people with the truth while there is still time.
Large portions of the church are sleeping and this generation of young people is rapidly slipping away.
We desperately need a true spiritual awakening in this country.
Email Post