Wasn't this your plan all along George? You and the rest of the elite? How many billions of gold do you own now George? How much farmland have you bought up? We know your end game, but you don't know God's George.  (James 5:1-6)


The world financial system is on the brink of collapse, according to investor George Soros.
The famous market speculator and philanthropist recently spent time in countries where his philanthropic endeavors are being put to use, namely Africa.
According to the Wall Street Journal, Soros “sees a growing bifurcation between emerging and developed countries – and he’s more confident about prospects for the emerging ones.”
Despite their assorted problems, including corruption, weak infrastructure and failing governments, powerful warlords, battling tribes, and rampant disease, Soros says that developing countries are relatively unscathed by the “deflationary debt trap that the developed world is falling into.” 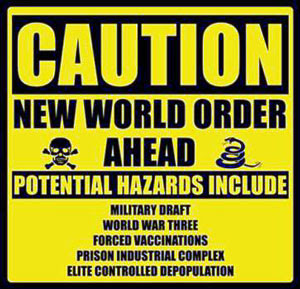 The current global financial system is in a “self-reinforcing process of disintegration,” Mr. Soros warned, and “the consequences could be quite disastrous. You have to do what you can to stop it developing in that direction.”
While Greece, Spain, and Italy continue to catapult the eurozone into a frightening situation (and the U.S remains on the alert), Soros is at least optimistic about the recent developments he witnessed in Africa and the Arab world.
“A lot of positive things are happening,” he said. “I see Africa together with the Arab Spring as areas of progress. The Arab Spring was a revolutionary development.”
Apparently anticipating that someone would point out the Arab Spring has yet to produce anything in favor of democracy, Soros noted that Hungary’s 1956 revolution changed the political atmosphere but didn’t actually produce anything until 1989.
“You can’t expect immediate success but what is happening will have a lasting impact,” he said.
It’s sure to have an impact, but in whose favor?
Email Post