DOJ Informs Alabama: We Have Express Authority Over Public Schools 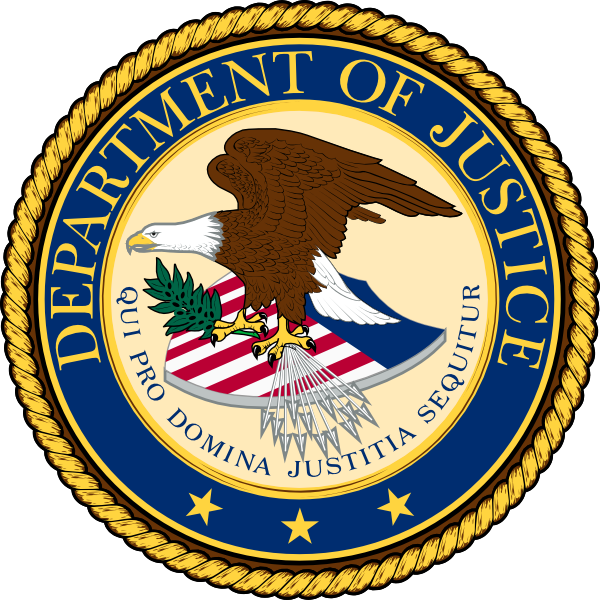 In what is becoming a crucial battle in the war being waged by an ever-expanding federal authority against the sovereignty of the states, Alabama has been instructed to heed the voice of the power on the Potomac. On Friday, the U.S. Department of Justice sent a letter to the Attorney General of Alabama, Luther Strange, instructing him that despite the position taken in his earlier correspondence to the department, the DOJ has authority to conduct investigations into possible violations of the civil rights of immigrants.

Assistant Attorney General Thomas Perez, the author of the DOJ missive, was responding to a letter from Strange penned earlier in the week. In that letter, Strange demanded that the federal department inform him as to the authority granted to it to require schools in Alabama to report demographic enrollment data to the DOJ.
Should the Department of Justice fail to demonstrate to Strange the source of such authority, Strange concludes that he will “assume you have none, and will proceed accordingly.”

Exactly what he would proceed to do was not made clear in the letter.
The controversy at the heart of the flurry of correspondence between Birmingham and Washington is HB 56, Alabama’s recently enacted immigration statute. The law mandates that school districts perform immigration status checks of public school students, as well as making it a misdemeanor for an illegal resident not to have immigration papers.
A recent decision of the 11th Circuit Court of Appeals has enjoined Alabama from enforcing either of those provisions in the measure.
The 11th Circuit’s ruling was made on a motion filed by the Department of Justice and a number of immigrants' rights groups. That motion was a response to two favorable decisions received by the state of Alabama in a lower federal court wherein a judge denied efforts made by similar organizations to block the law’s enforcement.
Perez defends the legality of the Obama administration’s inquiries into the actions of local Alabama school district by citing the duty of the Civil Rights Division of the Justice Department to investigate potential civil rights violations, particularly those intended to “protect educational opportunities for school children.”
Perez writes that his department has received numerous complaints regarding HB 56 and the manner of its enforcement by school administrators throughout the state of Alabama. In response to the complaints reportedly received by the DOJ, Assistant AG Perez sent a mass mailing to 39 of the state's school district superintendents demanding that they forward to Washington lists that indicate the race and national origin of students, as well as whether English is their primary language. Furthermore, the lawyers for the DOJ requested the superintendents prepare a list of all those students who have withdrawn from school and the dates of the withdrawal, then forward that list along with the other data to the lawyers for the Department of Justice.
In the letter, Perez reminds the schools that federal law requires them to provide equal access to a public school education to all children, regardless of the legal status of their presence in the United States.
Earlier, the school districts were informed by Alabama's interim school superintendent, Larry Craven, not to provide any of the requested data to the Department of Justice until the ongoing dispute between the state and federal governments was resolved.
While the exchange of letters continues, an ultimate decision on the matter is likely to be sought in a federal courtroom. Officials from Alabama will refuse to conform to the DOJ’s orders, and the DOJ will ask a judge on a federal bench somewhere to decide the matter once and for all.
There are two problems with that scenario, however, and both of them have an impact upon and are impacted by the 10th Amendment.
The 10th Amendment to the U.S. Constitution reads:
The powers not delegated to the United States by the Constitution, nor prohibited by it to the States, are reserved to the States respectively, or to the people.
In his letter to Strange, Assistant AG Perez asserted that the federal government has “express authority” to investigate and enforce federal statutes promulgated to prevent discrimination in the area of education.
Further along that same line, in the motion filed with the 11th Circuit Court of Appeals, the DOJ brief argues that the "state regime contravenes the federal government's exclusive authority over immigration."
Whence derives the federal government this “exclusive” and “express” authority over immigration? Given the sources for such power cited in previous legal filings made by the Obama administration in suits filed against other state Attorneys General over immigration laws, lawyers representing the U.S. government believe the Constitution grants this power to the federal authority.
The black letter of that document, however, makes no mention of such an “exclusive power” being given to the federal government.
In fact, quite the opposite is true.
Among the enumerated powers ceded by the states and the people to the national legislature, not one of the roughly 20 powers listed authorizes Congress at all, much less exclusively, to establish immigration policy.
The closest the Constitution comes to placing anything even incidentally related to immigration within the bailiwick of Congress is found in the clause of Article I, Section 8 that empowers Congress to “establish an uniform Rule of Naturalization.” That’s it. There is no other mention of immigration in the text of the Constitution. Somehow, though, the enemies of the right of states to govern themselves have extrapolated from that scant reference to “naturalization” the exclusive and unimpeachable right to legislate in the arena of immigration.
The difference between immigration and naturalization is one of definition. Immigration is the act of coming to a country of which one is not a native. Naturalization, however, is defined as the conference upon an alien of the rights and privileges of a citizen. It is difficult to understand how so many lawyers, judges, and legislators (most of whom are/were lawyers) can innocently confuse these two terms.
Before the states sent delegates to a convention in Philadelphia in 1787 to amend the Articles of Confederation (the result of which was the Constitution), they were already defending their sovereign borders by setting rules governing the means by which one could lawfully enter the state. That is to say, they were policing the immigration of aliens, an act undeniably within their right as a sovereign government.
On not one single occasion during that summer of 1787 did any one of the 55 (on and off) representatives of the 13 states suggest the endowment of the new national government with the authority to set immigration policy for the entire nation. That is significant. Not even the most strident advocate of a powerful national government ever proposed granting the power in question to the central authority.
In fact, the sole reference to the federal government’s power to regulate immigration is Article I, Section 9 wherein the Constitution forbids Congress from interfering in the “migration or importation” of persons into the several states until 1808. That this limitation touched and concerned the slave trade and only the slave trade is patently obvious to anyone reading the debates of the delegates as recorded by James Madison and others who were present at the time. In fact, Article I, Section 9 is precisely worded so as not to be confused with any other article of the Constitution.
Finally, Alabama has defended its anti-illegal immigration law by pointing out that it contains provisions “safeguarding against unlawful discrimination on the basis of race, color, or national origin.” Such illustrations will likely be made in some future federal courtroom, as well. The problem is that asking a federal court to restrain the powers of the federal government is like asking a drug addict to pass stricter drug laws.
Later this year, the 11th Circuit Court of Appeals in Atlanta will likely hear full arguments in the case filed by the Obama administration to block enforcement of key provisions of HB 56.
Email Post