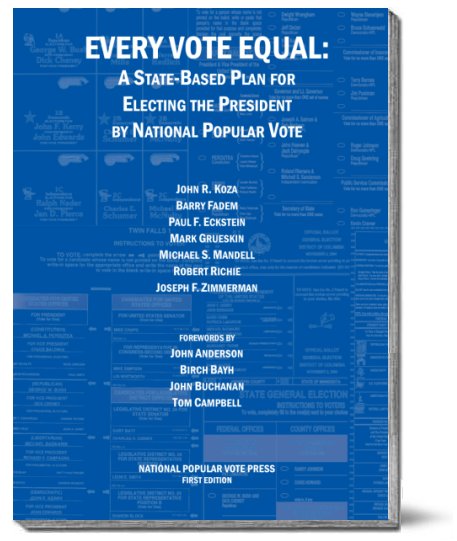 While the lamestream media holds public attention on GOP candidate rivalries, a “progressive” strategy is underway to eliminate the role of the states in electing a U.S. President.
By transferring electoral votes to a “national popular vote” this “Compact”  would  usurp the role of the states as safeguarded by our Constitution. In doing so, it could also neutralize Obama’s critics — totally.
This may be the most vital – and time sensitive - expose WAM has ever uncovered and shared! And it’s happening now, under the radar, with the general public in the dark. This “ultimate vote fraud” is intentionally  complicated to keep it obscure until it’s too late to stop it.
This complete expose on the “National Popular Vote Compact” won’t be found elsewhere. Because of the complexity and urgency of this issue. read it through completely. See who is behind this scheme and what its intended consequences are.
Then spread the word  in your blogs, forums and forward to all your contacts now. There is still time to block the NPVC sufficient states passage – only if we act now!
All of US urgently need to contact our State Assemblymen, State Senators and Governors to vehemently oppose this covert measure! See below the real facts of this manipulation of the Constitution and American electorate. See Your State Status and action needed  in last column.

Plan for 2012 (& Permanent) White House control by progressives happening now
Called the “National Popular Vote Compact” this movement has been in the works nationwide – without public attention – on a state-by-state level since at least 2008.
Like other surreptitious actions against the U.S. Constitution, the NPVC “movement” has several promotional websites claiming to represent “true democracy.”
The NPVC is a bill now moving state-by-state to make the popular vote winner President by bypassing normal requirements to amend the Constitution. Its outcome would ensure the Presidency would be declared by giving all the required 270 Electoral Votes needed for a “winner” to the candidate who wins the largest number of popular votes nationally – no matter how small the win margin and no difference how many states voted to oppose him. Here’s how it works:
This sneaky scheme to upend Constitutional rights and protections of all states and their residents in selecting the nation’s leader is underway as an explicit attempt to defeat the careful Constitutional amendment process with no public knowledge, no voter input, no public referendums and no input from states which object to this measure. All NPVC takes is a portion of current state houses to make it law for all of us – always!

Why would progressives want to switch to a National Popular Vote POTUS?

Do the math: The electoral vote system protects voting rights by giving every individual state a number of electoral votes representing the level of population. In this way, all states in the Union have a proportionate and representative say in who becomes President. It doesn’t matter if the state has more land mass than populace, or if more of the people live in rural areas, etc.

Here is what would happen with an NPVC that hands all the needed 270 Electoral Votes to the national popular vote winner: Those states with larger populations – especially those with heavily populated big cities will pick the President. Period. The politically savvy know that big city voters trend “Democratic” – and that controlling big city vote results (by buying votes, duplicating votes, “fixing” vote count machines on a large scale basis – these are all “Democratic” party specialties!
Take Illinois as a case in point. No matter the notorious corruption in politics there. Year after year, all the suburban and rural vote populations together can’t get their voices heard to change who runs the state. Why not? Because the votes of the city of Chicago always outnumber the total combined votes in the entire rest of the state. Is that what we want to happen to the White House?
The state houses of Illinois, California, New York and New Jersey – with their large combined Electoral Votes – are among those that have already passed the NPVC into law. A list of states which have passed this treacherous law is given below. Do you think the voters in those states (of which you may be one) have an idea this has happened? Of course not – as with all Progressive take-over tactics, this one is being arranged as quietly and quickly as possible, before the actual voters there even find out!
So, if you’ve wondered why Obama isn’t more worried about his “re-election” – despite growing public dissatisfaction – now you know. Just pass the NPVC in a handful more states. Then, put the usual paid workers out in the precincts with lies and pockets full of bribes for votes; send out more union propaganda enflaming and threatening union members into support; continue using state paid staff to bring in the votes of the infirm and institutionalized; doctor up more absentee vote records; alter the vote totals of machines in key areas. And voila – Obama gets even the tiniest combined margin of the “popular” vote (by hook or crook) – and he stays in office!
If this NPVC vote scam gets enough states to go along, the rest of US are doomed to non-elect but appoint Obama again – by the magic 270 with claims that its all very constitutional!   Akin to ObamaCare, if this National Popular Vote Compact is passed – no matter how wrong and corrupt – it would take massive funding and endless delays to drag through the courts in hopes of any reversal.
An NPVC success in its remaining targeted states would mean: states that have been trending GOP and don’t support NPVC won’t matter; states with large land expanses sprinkled with Conservative voters and rural farmers won’t matter; suburbanites who pay the taxes that support city entitlements won’t matter; the original fair and balanced Electoral College system won’t matter. After all, they tell US: this is just one of those parts of that old Constitution that’s not really fair and needs to be updated!
Here is a summary of why the National Popular Vote Presidency is a really bad idea.

Who is behind the National Popular Vote Compact?
George Soros – and that’s not all 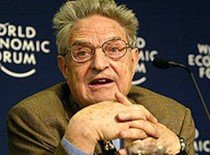 If you have any doubt left about the purpose of this Constitutional reversal in favor of a Presidency by national popular vote, consider these facts and check out these references:
Summary: George Soros favorite game is taking over the politics (and governments) of countries. If you’re not familiar with hisbio, you should be. See here his role in the bogus movement toward a popular vote. Soros son, Jonathan, propaganized ”It’s’ time to junk the electoral college” all the way back in 2008. We know by know how their ilk uses long-term, heavily financed astro-turf “reform” movements – under cover of nice-sounding names, multiple websites and distorted messages to increase their public appeal. Here’s what the National Popular Vote movement wants you to believe. Their operatives began moving this Plan through state assemblies even before 2008 election. See an actual chart of the scope of Soros spiderweb of behind-the-scenes influence here.
What’s their game: Take the 2012 election – and those that follow – by the cheapest, most expedient means. Save time and money by focusing “electioneering efforts” (including illegitimate ones) in major population areas to make those vote totals overwhelm the votes of the rest of US.  This makes it easy for Obama to continue ignoring increased public resistance – if half the states and nearly half the voters just won’t count anymore anyway. Most of US are by now familiar with the bombardment of attempts to subvert our government under cover of populist propaganda to appear “more truly democratic.” See below those behind this clever manipulation of the law – to pass a “newer and better” way to choose a President without the proper Constitutional amendment.(And somebody tell them our founding fathers formed a Republic, not a democracy!)
Meet the Men behind this “Compact”:  Akhil Reed Amar & Vikram Amar
The National Public Vote Compact bill, promoted nationwide, came from this source in 2001. Since then, the same bill based on their strategy has been filed in states nationwide!

Digging into the background of the National Public Vote Compact – as a means to radically and permanently shift the basis of the Presidency, here’s what we found: highly credentialed attorneys (and brothers) who devised this “state bill” compact, as a strategy to get around the normal requirements for constitutional amendment – and, instead, undermine the Electoral College by bypassing both Congress and the voters! V. Amar is the author of hundreds of legal articles and several books. Although his age is included in a wiki-bio, Vikram’s country of origin is not mentioned. His articles cover topics like this:”Should Christian groups on state campuses by allowed to restrict their membership to Christians.” Many articles are aimed at using the legal system against the Constitution. Here’s two books he’s written: “Processes of Constitutional Decisionmaking” and The Bill of Rights: Creation and Reconstruction 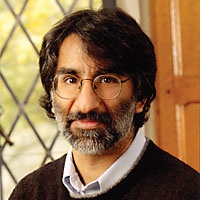 Akhil Amar has also “recently proposed that every American should be required to undergo a DNA test so that a national DNA database can be created.” Together this pair has made many other monstrous “legalese” proposals including how an “Instant Run Off System” could “remedy the flaws” in America’s voting system; term-limiting Supreme Court Justices and improving the Presidential line of succession in the event of “election terrorism.” By no strange coincidence, the brainstormer of this end-run to trick the public and the Constitution by a minority of favorable state lawmakers, Vikram, also keeps busy writing frequent legal articles in defense of the constitutionality of ObamaCare! Need we wonder who is financing this scribe?

Conclusion: WAM has done the math and citizen action is urgent to stop this Compact!
States where it has already passed add up to 171 Electoral Votes of the 270 required. 81 more Electoral Votes are at stake in states where NPV has passed 1 of the 2 needed chambers. Additionally, States where NPV is listed as currently active legislation hold more than 100 EV.  There are under 100 total (electoral vote bearing states) more for this to be our law nationally – and there are way more than enough states with this in process to meet that end goal before 2012 Election!!!
Shockingly, numerous Republican state officials have fallen for the popular vote strategy. Enough GOP have supported it, for NPV.com to brag this is a “bi-partisan” measure (along with bogus polls claiming how We the People want this!) Banners of progressive newspaper editorial endorsements are topped (of course) by the New York Times. Some GOP have co-sponsored this in their state. More have even voted for its passage! Whether these are ill-informed, popularity-seeking, bribed or just too dumb to do the math we can’t say. What we know is this probably means no more Republican presidents ever – and Obama back in 2012, if only by the tiniest of margins!
Evidently, it’s going to take all of US to contact our own state assemblyman, state senator and governor to inform them of how destructive (and “progressive”) this national vote compact really is.

CALL THEM, WRITE THEM QUICK
(contact info link here)
TELL THEM WHAT YOU THINK of this NOW
LIST OF STATUS State-by-State HERE: There is currently no single site online that has real-time, complete, and accurate status on this outrageous measure. So save this info:

ELECTORAL THEFT LAW ALREADY PASSED IN: CA, HA, IL, NJ, MD, MA, VT, RI, D.C., and most recently NY
AR, CT, DE, MI, NV, NM, NC, OR, VT (& according to NPV site CO has now passed it in both  chambers and sent it to the Governor for signing.)
Also, legislation is currently filed but not yet voted in favor in these states:  CONTINUE
Email Post
Labels: American Coup Soros Voter Fraud