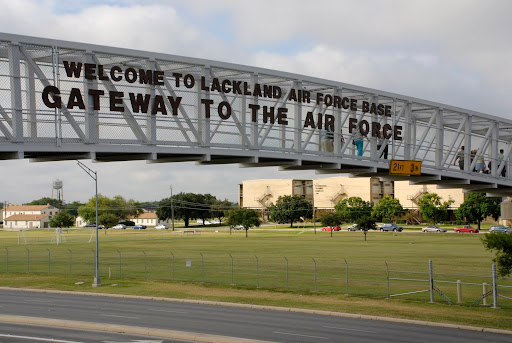 On August 7, 2011, in a chapel converted to a mosque on Lackland Air Force Base near San Antonio, Texas, the U.S. government officially became a sponsor of the Mahdi.
No, not Barack Husein Obama, but a much more serious and overt candidate: Adnan Oktar, a.k.a. “Harun Yahya,” the Turkish Creationist whose followers consider him the “rightly-guided one” of Islamic tradition, expected to come before the end of time to make the entire world Muslim.

Mahdism was my original area of academic specialization within Islamic history (about which I wrote my doctoral dissertation, first book and numerous articles, and which I track via this website); I interviewed Oktar in Istanbul a few years ago; and, finally, I spent time in the military, both enlisted and commissioned, the latter training to be a chaplain. So I have some familiarity with all aspects of this troubling story, which came to my attention early on 14 August 2011 via photos posted to my Facebook page by contacts within Oktar’s organization. I contacted the Public Affairs Officer (PAO) at Lackland and, in summary, was told the following: that such “religious education” classes are provided every weekend from “other” faith perspectives (Latter Day Saints, Buddhists, Pentecostals) besides the main ones (Protestant, Roman Catholic, Jewish, Muslim, Eastern Orthodox); that these are entirely voluntary; that the “program chaplain …was aware of and approved of the speaker.”
The speaker in question was from Oktar’s organization , an Islamic Creationist one, which is very inimical to Darwinian evolution as well as a strong proponent of Islamic Mahdist da`wah (“propaganda” or “evangelism”). From Istanbul Oktar presides over a publishing and Internet franchise dealing in a double-sided coin of Islamic anti-Darwinism and belief in the imminent arrival, if not presence already, of the Islamic deliverer—most likely in the guise of Oktar himself. The Harun Yahya movement resembles that of fellow Turk Fethullah Gülen, insofar as both spring from a neo-Ottoman Sufism with Mahdist overtones. But the latter, with his global chain of Islamic charter schools, is taken more seriously and viewed by many in the U.S. as an ideological threat.  The fact that Gülen lives in exile in the U.S. has so far provided him a higher profile here. But Oktar and his people, while heretofore playing Avis to Gülen’s Hertz, are definitely trying harder—and succeeding even where Gülen’s people have so far feared to tread: onto the U.S. Air Force’s only basic training installation.

According to both my sources–Oktar’s organization and the Public Affairs Office (PAO) at Lackland—on the first Sunday in August a representative of Harun Yahya was allowed, following an invitation from the Muslim chaplain at Lackland, Captain Sharior Rahman, to present two classes: a morning one on “The Collapse of Darwinism and the Fact of Creation” and an evening one covering “Miracles in the Qur’an.” It would appear that the morning class was attended solely by basic trainees, as the photo above shows (note the screen, which says “The Collapse of Evolution and the Fact of Creation”).
The Turkish Muslim group further claims about the evening class (of which I have no pictures) that “attendants were high rank officials [sic]: sergeants, master sergeants and captains. The talks were very well received and appreciated and the attendants were gifted the Quran [sic] (emphasis added). The captain presented a special medal as the token of appreciation to Mr Adnan Oktar (Harun Yahya).” “The captain” would be, presumably, Chaplain Rahman—which brings up its own troubling issues, as I shall examine below.
Another picture shows a dozen female trainees, sitting separately from the males—whether out of military, or Islamic, mandate is unclear:

…
The Lackland basic training command seems to have deferred to the Muslim Chaplain, Rahman, on this issue—and the PAO told me as much. I have no desire to cast aspersions on Chaplain Rahman, for I have never met him and know little about him. But if a non-mainstream group like Oktar’s can gain entrée so easily to a major US military installation simply on the Muslim chaplain’s advice, what’s to prevent another Muslim military chaplain in this, or another, branch of service from signing off on Hizb al-Tahrir’s preaching their plans for peacefully resurrecting the caliphate or Tablighi Jama’at from inculcating trainees with ideal Islamic piety and the need for shari`ah?  Both HT and TJ are non-jihadist and operate (at least in this country) via Islamic da`wah (“missionary work”), not terrorism. But should the U.S. military really have such a coarse vetting net—based on this episode—that it could very readily allow these, or similar, groups to slip through and disseminate their ideas to some of the most impressionable members of our military?
…
I first learned Arabic in the mid-1980s at the Defense Language Institute, and I have been studying Middle Eastern and African Islamic history for two decades. I have no problems with Muslims attempting to spread their faith peacefully in this country, nor even with our military service members learning about Islam as an important adjunct to the global struggle in which we are engaged. What I do have a problem with—as an American, a veteran, a Christian and an Islamic expert—is Islamic groups being given access to young, impressionable basic trainees under the spurious guise of the First Amendment.
As it is, Lackland Air Force base is in the business of promoting Islam in general, and the Mahdi in particular, over the faith of the vast majority of military personnel (73% of Air Force enlisted are Christian; 0.2% are Muslim).  And that should be unacceptable to all Americans.
Read it all via Family Security Matters then Contact Your Elected Officials.
Email Post
Labels: Infiltrated Nation Military Muslim Brotherhood Radical Islam