Video: Violence and Chaos Continues in Portland…Antifa Rolls Out Guillotine…Cheer as They Burn American Flags 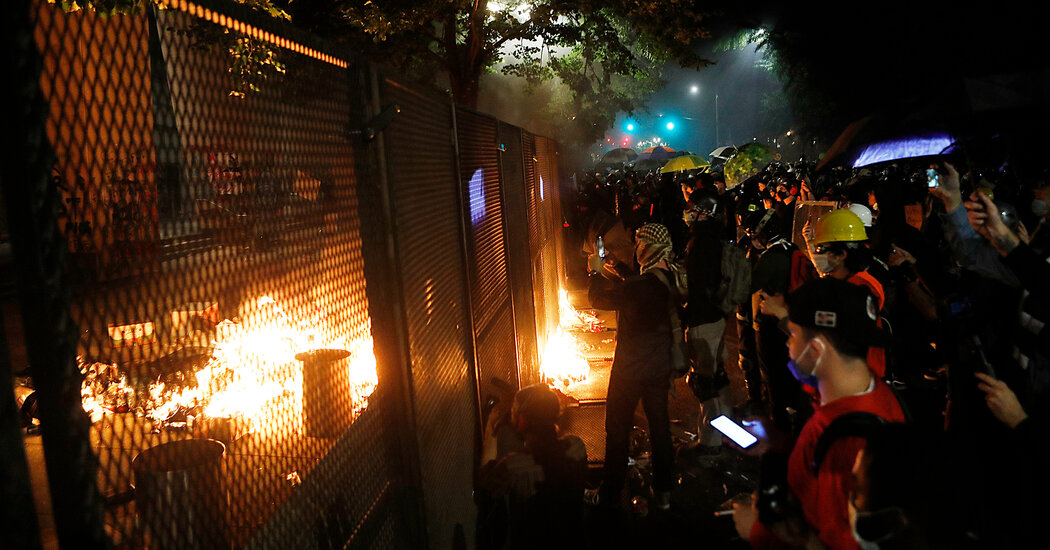 And who do you think is financing Antifa and bringing in guillotines exactly?

FYI- if you want to see a true snap shot of the brutality of Antifa and BLM...and what is going on now in several American Democrat run cities.... check out this raw footage in Portland from 5 days ago (warning, extreme violence) :

Portland continues to be a hot spot for the Antifa anarchists who take over the streets at night and create chaos and destruction.

The problem is that the thugs who cause all of the violence are just released back on the streets with no punishment. Also, Mayor Ted Wheeler does nothing but encourage this destruction of the city he’s supposed to be leading. The video below shows how the anarchists taunt the police. Portland Police report rocks and bottles thrown at their officers:

Protesters cheer as they burn American flags at the guillotine outside the police bureau:


The guillotine was brought out with a Teddy Bear inside:

The protesters have brought out a guillotine to the streets #Portland #PortlandProtest pic.twitter.com/Swc8ryJV8Z
— Brendan Gutenschwager (@BGOnTheScene) August 23, 2020