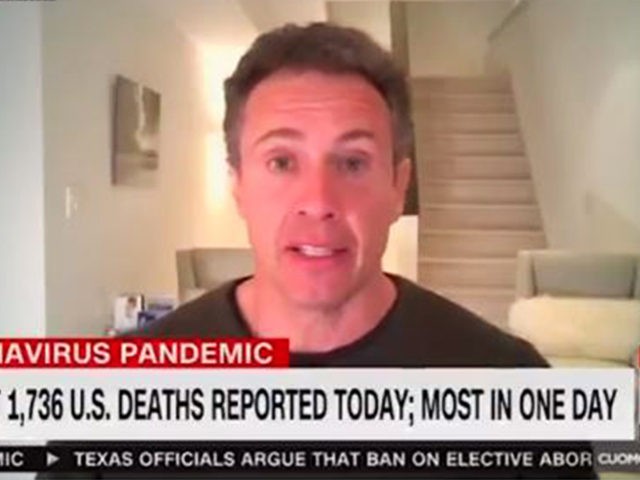 
CNN’s Chris Cuomo, a proven liar and unstable anti-Trump activist, was caught selectively editing Donald Trump to make it look as though the president did nothing during the early days of the coronavirus pandemic.


As you will see below, this is something Cuomo has done in the past.

You have to watch the full video from Tuesday night below; at the end of the clip, the Daily Wire’s Ryan Saavedra includes Trump’s full remarks, which make it clear the president was taking plenty of action while trying not to cause a premature and unnecessary panic:

After the CNN clip, Trump's full remarks play which show Trump talking about the action he took

Another important thing Trump did during this time, something even he didn’t mention, was the formation of the Coronavirus Task Force as early as January 27.

Keep in mind, Trump was doing all of this while congressional Democrats and their media allies, like Cuomo and CNNLOL, were not only obsessed with distracting the country over that phony impeachment, but hoping to extend impeachment into February and March with the calling of witnesses.

Meanwhile, whenever Chris Cuomo has his brother, Gov. Andrew Cuomo (D-NY), on the air for a chat, he never asks why, as late as March 2, Gov. Cuomo used reassuring language similar to President Trump’s when speaking of the coronavirus:


“Excuse our arrogance as New Yorkers — I speak for the mayor also on this one — we think we have the best health care system on the planet right here in New York,” Mr. Cuomo said on March 2. “So, when you’re saying, what happened in other countries versus what happened here, we don’t even think it’s going to be as bad as it was in other countries.”

What’s more, crack “journalist” he is, Fredo Cuomo has never even asked his own colleague at CNNLOL, Anderson Copper, why Cooper told his audience as late as March 4 that they “should be more concerned about the flu” than the coronavirus.

“So if you’re freaked out at all about the coronavirus, you should be more concerned about the flu,” Cooper told his few remaining viewers,” Cooper said.

Oh, and guess who was sitting right there while Cooper said that? Dr. Sanjay Gupta, who meekly responded with the suggestion that the “coronavirus may have a higher fatality rate than the flu does” and then told everyone to get the flu shot because reasons: “We have a vaccine for the flu. Half the country doesn’t get it. Hopefully that will change because of this.”

In other words, the coronavirus might be a good thing because it will encourage people to get a flu shot!

Oh, and by the way, Gupta was one of many liars in the corporate media who spread the proven lie about Trump rejecting a coronavirus test from the World Health Organization.

Over the course of his embattled time at CNNLOL, the disgraced Fredo has mocked a rape victim for wanting to protect herself, openly encouraged violence at the hands of left-wing terrorists against his political enemies on the right, encouraged the doxing of private citizens, attempted to exacerbate tensions between police and protesters during the Baltimore riots (then was caught lying about it), and was caught in the recent past misleading his small viewing audience with deceptive edits.

Cuomo still hasn’t told us if he’s taking any of these anti-malaria drugs Trump (and Gov. Cuomo) are touting.