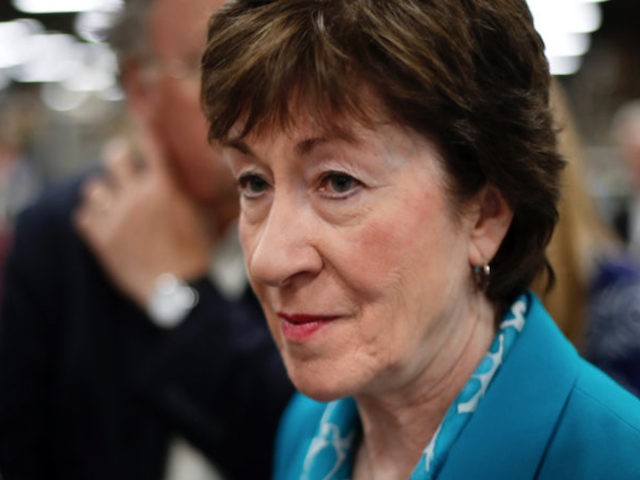 “I am hopeful that we can reach an agreement on how to proceed with the trial that will allow the opportunity for both the House and the president’s counsel if they choose to do so,” Collins said, according to Bangor Daily News.

While Collins did not indicate how many GOP senators comprised her group, she stressed that lawmakers should be “completely open to calling witnesses.”

Collins, along with Sen. Lisa Murkowski (R-AK), solidified Majority Leader Mitch McConnell’s (R-KY) upper hand in the Senate after agreeing that the Senate should follow the precedent of former President Bill Clinton’s impeachment trial and make a decision on witnesses after opening arguments, rather than reaching a pre-trial agreement, which Democrats pushed.

“The process moved to a period during which the Senate debated and voted that three witnesses should be deposed. I believe that this process — the Clinton approach — worked well,” Collins told reporters, according to the Hill.

House Speaker Nancy Pelosi (D-CA) is expected to transmit the articles of impeachment to the upper chamber this coming week.

“I have asked Judiciary Committee Chairman Jerry Nadler to be prepared to bring to the Floor next week a resolution to appoint managers and transmit articles of impeachment to the Senate,” Pelosi wrote in a letter to colleagues.

“I will be consulting with you at our Tuesday House Democratic Caucus meeting,” she added.
Email Post
Labels: Congress Fake Impeachment