Is This Legal? Official Copies Of The Mueller Report Are Being Sold Online, And The Release Date Listed Is “March 26” 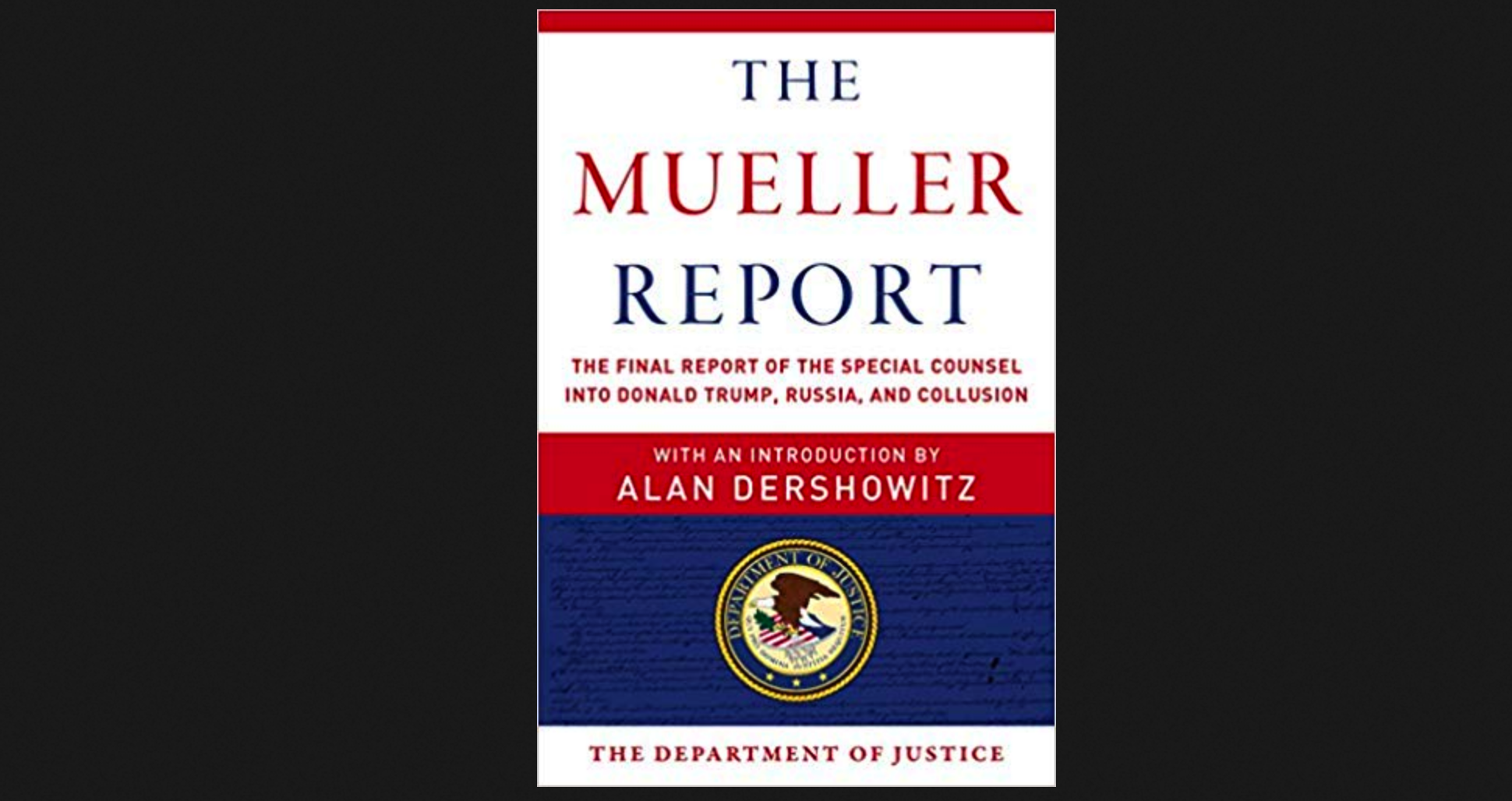 Can this possibly be legal?

Somebody apparently thinks so, because copies of the Mueller report are being offered for sale online right now, and according to the pre-order announcement the release date is going to be “March 26”.

As a former attorney, I have no idea how anyone can legally do this.  As I have documented previously, when Mueller is done with his report he is supposed to submit it to Attorney General William Barr, and then it will be up to Barr to determine how much of the report, if any, will be made available to the public.  I suppose that it is possible that Barr has already agreed to release the full report to the public at the end of this month, but I find it difficult to believe that it would have been kept so quiet.  To me, something is not right about all of this.

Earlier today, I was shocked to hear that the Mueller Report was being offered for sale online, and so I decided to check it out for myself.

So has Dershowitz already seen the report?  If not, did he write his introduction without access to it?
And as I noted earlier, a March 26th release date is listed for this report.  That is a major bombshell, because it appears to confirm that the Mueller Report is officially coming out this month.

In fact, the description for the book tells us that the report has been completed and has already been submitted to Attorney General William Barr…


Now, the wait is over. Mueller, a lifelong Republican, has concluded his investigation and submitted its findings to Attorney General William Barr. The Mueller investigation will join Watergate, and the Mueller Report will join the 9/11 Commission Report, the Warren Report, and the Starr Report, as one of the most important in history.

And the description for the book also contains another bombshell.  It actually says that the Democrats hope to use this report “to begin impeachment proceedings”…


Democrats in the US House of Representatives hope to use the report to begin impeachment proceedings, with the support of those critical of the president. Media tracks Mueller’s every move, and the investigation has been subject to constant speculation by political pundits everywhere. It has resulted in the indictments of Michael Flynn, Paul Manafort, Roger Stone, and many others.

If those statements are not accurate, then somebody is committing fraud, and there could be serious legal repercussions.

And this isn’t the only copy of the report that is for sale.

The Washington Post also has copies of the Mueller Report available for sale online, and once again the release date is listed as “March 26”.

So that means that somebody told the Washington Post in advance when the report was going to come out.

Read the findings of the Special Counsel’s investigation into Russian interference in the 2016 election, complete with accompanying analysis by the Post reporters who’ve covered the story from the beginning.

This edition from The Washington Post/Scribner contains:

—The long-awaited report
—An introduction by The Washington Post titled “A President, a Prosecutor, and the Protection of American Democracy”
—A timeline of the major events of the Special Counsel’s investigation from May 2017, when Robert Mueller was appointed, to the present day
—A guide to individuals involved, including in the Special Counsel’s Office, the Department of Justice, the FBI, the Trump Campaign, the White House, the Trump legal defense team, and the Russians
—Key documents in the Special Counsel’s investigation, including filings pertaining to General Michael T. Flynn, Paul Manafort, Michael Cohen, Roger Stone, and the Russian internet operation in St. Petersburg. Each document is introduced and explained by Washington Post reporters.
A lot more appears to have been going on behind the scenes than we have been told.

Because according to the New York Times, Attorney General William Barr is supposed to have the final say about how much of the report will be released to the public…

But there is no guarantee that the public will ever see that full report. The special counsel regulations say that Mr. Mueller must submit a confidential report outlining his prosecutorial decisions to the attorney general, William P. Barr, and that the attorney general must then send a summary of that work to Congress.
The regulations leave Mr. Barr considerable flexibility as to how much detail he provides to Congress and the public, discretion that was built into the regulations in response to the independent counsel Ken Starr’s decision to give Congress a lengthy — and, critics said, salacious — report on his investigation into President Bill Clinton’s sexual relationship with a young White House intern.

If Barr decided that the entire report should be kept from the public, then there wouldn’t be any books to sell.

So either that determination has already been made, or somebody is really jumping the gun here.

And if the full report is going to be made available to the public, needless to say President Trump will not be pleased unless it completely and totally exonerates him.

Speaking of President Trump, I wonder if he knows that the Mueller Report is already being offered for sale on Amazon?  I doubt it, because I am sure that he would have tweeted about it by now.

This is huge news, and I have a feeling that all hell is about to break loose in Washington.