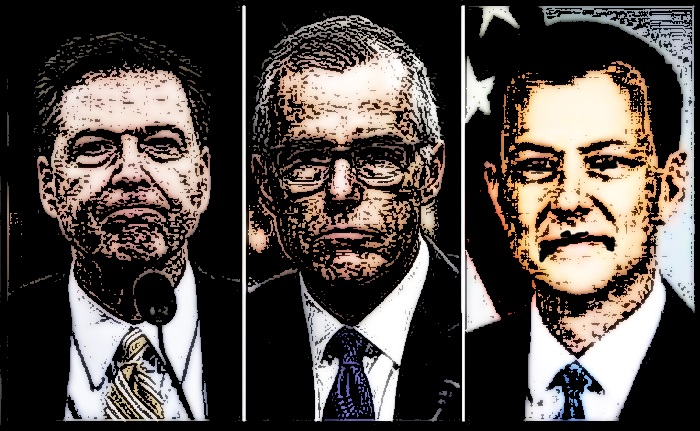 “Trying to use the 25th Amendment to try and circumvent the Election is a despicable act of unconstitutional power grabbing...which happens in third world countries. You have to obey the law. This is an attack on our system & Constitution.” Alan Dershowitz. @TuckerCarlson
— Donald J. Trump (@realDonaldTrump) February 15, 2019

CBS News Correspondent Scott Pelley teased the interview on Thursday. According to Pelley Andrew McCabe says the FBI and DOJ Democrats discussed wearing wires several times to spy on President Trump. This was AFTER they started spying on the Trump campaign, Transition team and Trump Administration illegally.

McCabe said in his “60 Minutes” interview that top DOJ officials were so worried over President Trump’s decision to fire corrupt Comey as FBI Director that they discussed invoking the 25th Amendment to remove Trump from office.

Andrew McCabe also ordered officials to open an obstruction of justice case after Trump fired Comey to see if President Trump was acting as an agent on behalf of Russia.

On Thursday night Alan Dershowitz said if the statements by McCabe were true then the Department of Justice was attempting a coup d’etat of the Trump administration.

Tucker Carlson:  Now the suspicions of many are confirmed by one of the players in it. The Department of Justice discussed trying to remove the president using the 25th Amendment. What’s your reaction to that?
Alan Dershowitz: Well, if that’s true it is clearly an attempted coup d’etat… Any justice department official who even mentioned the 25th Amendment in the context of President Trump has committed a grievous offense against the Constitution.