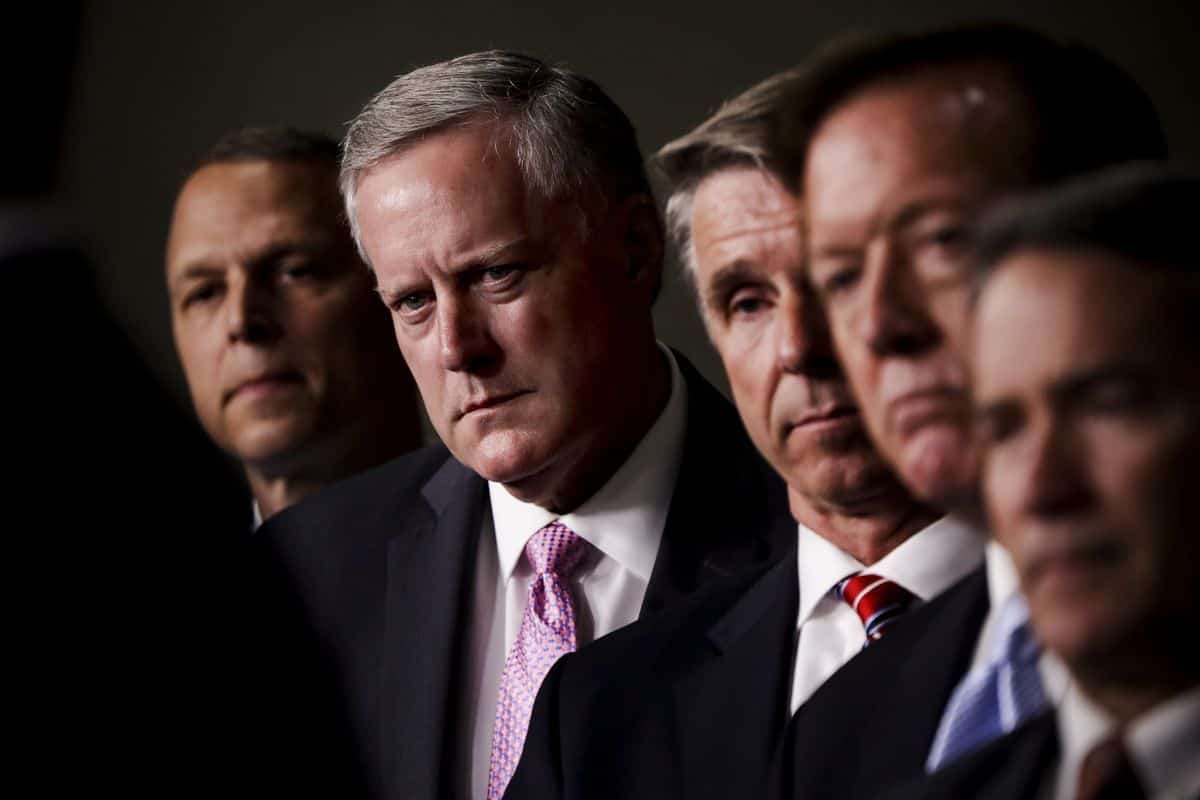 Meadows, the chairman of the House Freedom Caucus and member of the Oversight and Government Reform Committee, released the letter Wednesday, which encourages both Huber, who was appointed last year by Session’s to investigate possible corruption in the FBI, and Horowitz to investigate the new findings on Ohr. Ohr has been demoted twice by the DOJ after it was discovered that he failed to inform his superiors that his wife, Nellie Ohr, was hired by the private research firm, Fusion GPS, to investigate Trump’s campaign. The research firm, which also hired former British spy Christopher Steele to compile a dossier on Trump, was paid for by the Democratic National Committee and the Hillary Clinton campaign. Newly released documents reveal that both Bruce and Nellie Ohr had a long-time relationship with Steele and that the FBI was using Bruce Ohr as a backchannel for Steele who was dismissed by the FBI as an informant for leaking information to the media.

Ohr testified to Congress that neither he nor his wife has been interviewed by Special Counsel Robert Mueller’s office, according to Meadows and several other congressional officials.

“During a series of transcribed interviews with witnesses central to our joint congressional investigation to these issues, we have learned of potentially critical information the OG and Mr. Huber should consider,” Meadows’ letter to Sessions states. “I write to encourage Mr. Horowitz and Mr. Huber to include Mr. Ohr’s involvement in these events in their parallel investigations, and his testimony has brought new concerns to light regarding whether the FBI and DOJ followed proper protocol in the fining of U.S. Foreign Intelligence Surveillance Court applications related to Carter Page.”

Other Important Highlights from Meadows letter:
Meadows told SaraACarter.com Wednesday, “As we’ve conducted these interviews, we’ve continued to learn more and more disturbing facts that raise grave concerns officials at the top levels of the FBI and Department of Justice acted wildly inappropriately and severely broke protocol when they began surveilling officials in the Trump campaign in 2016.”

“The idea that Bruce Ohr had 60 plus contacts with Chris Steele, and may have served as a backchannel between Steele and the FBI/DOJ, even after Steele was supposedly terminated, is deeply troubling and deserves further examination,” stated Meadows. “My hope is that the Inspector General and Mr. Huber can thoroughly evaluate these additional facts so that we can provide the full truth to the American people about what occurred at their Justice Department on their taxpayer dime” he added.
Email Post
Labels: Congress Deep State FBI Fusion GPS Mueller Ohr Russia Collusion-Gate Trump Dossier