Even President Trump Is Aware Of The Civil Unrest That Is Brewing, And He Just Warned That Violence Is Coming If Republicans Lose In November 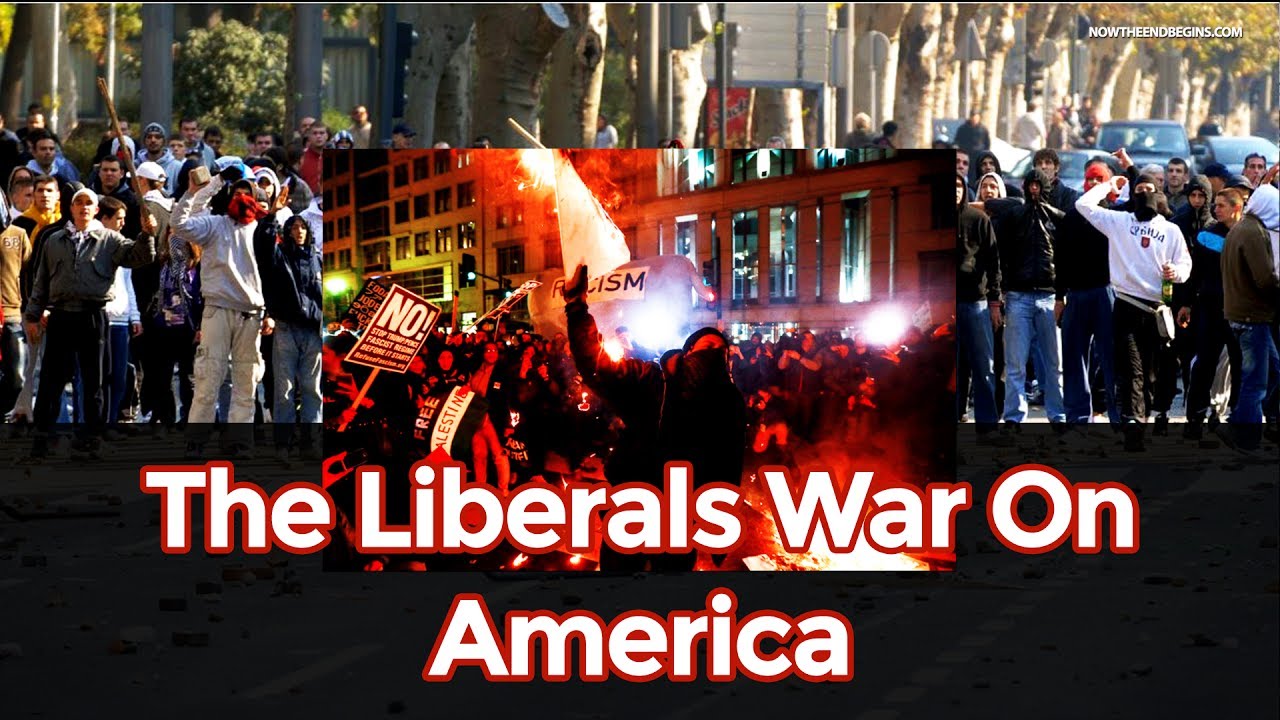 I am sure you have noticed, the Leftists in this country are more than a little ticked.

It's not just Madonna that thinks about "blowing up the White House" and it's not just has-been movie stars taking to their platforms to scream "F*** Trump!". And it isn't even just ANTIFA brutalizing, rioting and generally intimidating anyone on the Right....and not going to jail.  The hatred on the Left is palpable, and when you couple threats of actual bodily harm to the President and his Cabinet and staff along with actual violence to his supporters, aka Trump Derangement Syndrome, with the fact that even HIS OWN Department of Justice is positively working towards his impeachment, and utterly ignoring Hillary's 33,000 deleted emails (of which 110 when classified or above classified) that China was reading IN REAL TIME, one can only surmise that the America we once knew, is hanging by a thread.

I think it has been made clear over the last couple years that Trump supporters, aka conservatives, to the Left are "deplorable", racist, xenophobic, homophobic and to paraphrase Peter Strzok, "smelly".

The media is creating an atmosphere of hatred and violence, and it isn't just Trump in their crosshairs. -W.E.

Are we going to see violence in the streets of our major cities following the mid-term elections in November?

President Trump seems to believe that this is a very real possibility, and he shared his thoughts on this with a group of top evangelical leaders on Monday night.  Previously, those that have warned that a “civil war” is coming to America have been heavily criticized, but perhaps people will start taking this more seriously now that President Trump is saying it.  Of course we have already seen dozens of attacks on Trump supporters all over the nation, but the mainstream media largely ignores those because it does not fit the narratives that they are pushing.  The mainstream media wants to make Trump and his supporters look as bad as possible, and so they do not like to report anything that may cause the public to view them in a positive light.  But everyone can see that anger and hatred are rising to unprecedented levels in this country, and the mainstream media and key politicians on the left are adding more fuel to the fire with each passing day.
On Monday, somewhere around 100 top evangelical leaders gathered for an intimate dinner with Trump, and this dinner made headlines all over the nation…


About 100 evangelical leaders were invited to dinner at the White House Monday night for what was a prayer-filled event that’s been compared to a church camp meeting and a campaign rally.
Dubbed a “state dinner” for evangelical leaders, the event was held specifically in the “honor of evangelical leadership.” The dinner was attended by dozens of evangelical pastors, evangelists and activists who’ve been involved in informally advising the administration including well-known figures like Franklin Graham, James Dobson, and Greg Laurie.

During his remarks at the dinner, Trump acknowledged that “the level of anger is unbelievable”, and he warned that there will be violence if Republicans lose in November…


“The level of hatred, the level of anger is unbelievable,” he said. “Part of it is because of some of the things I’ve done for you and for me and for my family, but I’ve done them. … This Nov. 6 election is very much a referendum on not only me, it’s a referendum on your religion, it’s a referendum on free speech and the First Amendment.”
If the GOP loses, he said, “they will overturn everything that we’ve done and they’ll do it quickly and violently, and violently. There’s violence. When you look at Antifa and you look at some of these groups — these are violent people.”

With only a little more than two months to go before the mid-term elections, I think that President Trump is starting to realize how dire the situation is.  Pro-Trump Republicans have lost in primaries in Arizona, Idaho and elsewhere, Democratic candidates are raising far more money than Republican candidates are, and the left has far more energy and enthusiasm than the right does at the moment.
If the mid-term elections were held right now, the Democrats would almost certainly take control of the House, and they might even win a majority in the Senate.

In addition to rioting in the streets like we have already witnessed in cities such as Portland, individual Trump supporters are already being attacked at an alarming rate as well.

You can find a fairly comprehensive list of attacks on Trump supporters right here.

This nation is becoming a cauldron of fury, and it isn’t going to take much to set off widespread chaos.

At the dinner on Monday night, Trump also warned evangelicals that our religious freedoms are in serious jeopardy…


“I just ask you to go out and make sure all of your people vote. Because if they don’t — it’s November 6 — if they don’t vote, we’re going to have a miserable two years and we’re going to have, frankly, a very hard period of time,” he said.
“You’re one election away from losing everything that you’ve gotten,” he added. “Little thing: Merry Christmas, right? You couldn’t say ‘Merry Christmas.’ “

And even though we probably aren’t going to lose the right to say “Merry Christmas” any time soon, the truth is that we are certainly seeing our religious freedoms being eroded at a staggering pace.

In fact, earlier today I came across an article about a plaque containing the Ten Commandments that was just removed from a park in Ohio.  The left wants to remove every trace of the Christian faith from public life, and they are absolutely relentless in their effort to get this done.

If the Democrats take control of both the House and the Senate in November, they will probably make an effort to impeach President Trump.

But if President Trump gets impeached, Mike Pence will become president, and many on the left hate Pence even more than they hate Trump.

In his brand new book about Pence, radical leftist Michael D’Antonio attempts to portray Mike Pence as a “Christian supremacist” that is basically functioning as “a president-in-waiting”…


Biographer Michael D’Antonio is releasing a new book about Vice President Mike Pence, and though he’s clearly not in Pence’s corner, his appearance Tuesday on CNN summed up perfectly the Christian values that drive the vice president’s actions.
D’Antonio told CNN’s John Berman that he is confident Pence feels God is “calling him” to “function as a president-in-waiting.” The biographer, promoting the new book, “The Shadow President: The Truth About Mike Pence,” argued “absolutely everything” the vice president does is about “becoming president.”

Ultimately, removing Trump from the picture won’t change a whole lot.  The left would still be seething with hatred and anger, and we would continue to see more violence all around the country.

At this point, there really isn’t any conservative that the left would be willing to accept in the White House.  And there are many on the right that would not be willing to acknowledge any liberal as a legitimate president.

America is rapidly getting to the point of becoming ungovernable, and no matter who wins in November, it is quite likely that we will soon see clear evidence of this as chaos reigns in our streets.


This article originally appeared on End Of The American Dream.  About the author: Michael Snyder is a nationally syndicated writer, media personality and political activist. He is publisher of The Most Important News and the author of four books including The Beginning Of The End and Living A Life That Really Matters.
Email Post
Labels: 2nd Civil War Civil Unrest liberalism Persecution Progressives War on Trump