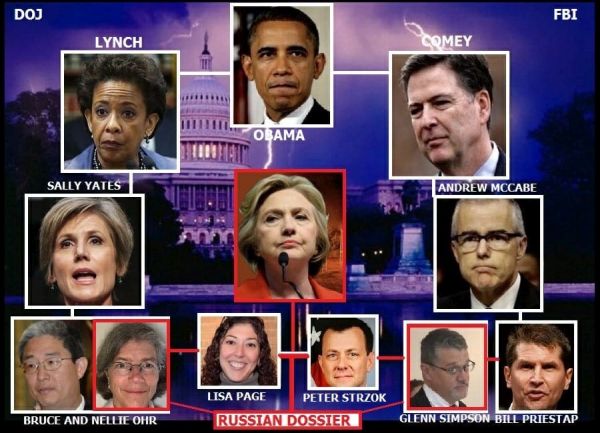 So many secrets are beginning to bubble over now, and not just for Clinton.  McCabe, Rosenstein, Strzok, Page, the DNC, the entirety of the fake "Russian probe" headed by Mueller...and dare we suggest...Barack Obama, among others, all have secrets they probably would prefer remain secretive.  #ReleaseTheMemo.

The GatewayPundit is also reporting tonight that Wikileaks is offering $1,000,000 for anyone with the Fisa abuse memo:


#ReleaseTheMemo: Do you know someone who has access to the FISA abuse memo? Send them here: https://t.co/cLRcuIiQXz

WikiLeaks will match reward funds up to $1m sent to this unique Bitcoin address: 3Q2KXS8WYT6dvr91bM2RjvBHqMyx9CbPMN

If Congress won't release it to the public, it seems they can have their very own leaker send it to Julian Assange, which would be rather poetic in its irony, don't you think?

Here is more of tonight's mind blowing news from the Hannity show. -W.E.

Lawmakers from Rep. Matt Gaetz (R-FL) to Rep. Lee Zeldin (R-NY) have called for the classified memo’s immediate release. According to Fox News contributor Sara Carter, the contents of the memo are so “explosive,” that it could end special counsel Robert Mueller’s Russia probe once and for all.


Tonight Rep. Gaetz told Sean Hannity that not only will the release of this memo result in DOJ firing but that people will go to jail!

Rep. Matt Gaetz: I believe this will not end just with firings. I believe there are people who will go to jail. I was very persuaded by the evidence