Shot in the Face — Execution Style: Eyewitness Says Oregon Militiaman Murdered by Cops; “He Had His Hands in the Air” 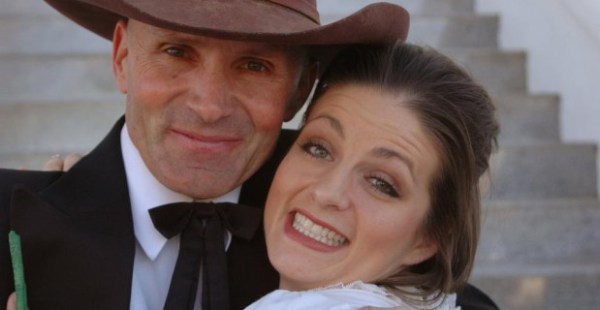 When this government wants you dead, you are dead.  The media is completely complicit.  None of this should be a surprise, it happens regularly. -W.E.


The daughter of LaVoy Finicum, the Oregon militiaman shot dead by police during a traffic stop on Highway 395 yesterday, claims that her father was “murdered” execution-style with his hands in the air, an account backed up by an eyewitness to the incident.
Protesters involved in the weeks-long occupation of a federal wildlife refuge in Oregon, including leader Ammon Bundy, were apprehended by law enforcement as they traveled to the city of John Day to attend a community meeting set up by local residents.
“Everyone obeyed orders to surrender except two people: LaVoy Finicum and Bundy’s brother, Ryan Bundy,” a law enforcement official told CNN.
Media reports about the incident simply state that “shots were fired,” although Finicum’s daughter Thara Lynn Tenney posted a message on her Facebook page last night asserting that her father had already surrendered before he was gunned down.
“I want the world to know how my father was murdered today. His hands were in the air and he was shot in the face by the American authorities. Ammon Bundy reported there are 6 witnesses to this evil,” wrote Tenney.

I want the world to know how my father was murdered today. His hands were in the air and he was shot in the face by the American authorities. Ammon Bundy reported there are 6 witnesses to this evil.


Her testimony was echoed by another eyewitness, Victoria Sharp, who was in the car with Finicum when the group were pulled over by cops and federal agents.
Sharp claims that Finicum put his hands out of the car window and asked the police to allow the women to leave the car.
“They shot at him, but they missed him,” said Sharp, adding that the group then attempted to drive away in the car but were shot at again by police.
“When we crashed and stopped for a second, he got out of the car, he had his hands in the air, he’s like ‘just shoot me then’….and they did, they shot him dead,” said Sharp.


“He was just walking, with his hands in the air, I swear to God, and they shot him dead and after he was down on the ground, shot him three more times,” said Sharp, adding that the vehicle was again “bombarded with bullets” as well as tear gas rounds.
Sharp says that the group tried to “find something white” so they could display it as a sign of surrender. She challenges news reports that only six shots were fired, asserting, “they shot at least 120 shots altogether.”
Sharp also claims that none of the individuals in the car pulled out a gun at any point and that the incident was an “ambush” with “FBI snipers in the trees” surrounding the vehicle.
“They had their hands out of the window to show they were not firing, nothing, we showed no aggression at all,” said Sharp.
Sharp’s testimony is contradicted by another individual who said he spoke to Ammon Bundy’s security guard and that LaVoy Finicum had “charged” at police officers after he exited the vehicle.

Protesters who remain at the occupied federal building have vowed to continue their stance as authorities continue to insist they want a “peaceful” resolution to the matter.