Last April I saw a report that 83% of May’s college graduates did not have a job.  I remarked that in my day most of us had 2 or 3 jobs or graduate school offers before we graduated.  The latest payroll jobs report issued on June 6 proves that the April report was true.

My opinion, schooled in part by John Williams’ very precise reports on Shadowstats.com, is that on average about half of the new jobs each month are phantom jobs created by the birth-death model and inappropriate seasonal adjustments.
So, I figured that  the 217,000 jobs claimed for May are more like 108,000.  Then I read John Williams’ report on the May jobs number: “Monthly payroll gains overstated by 200,000 plus jobs”


In other words, there were zero new jobs in May.


But let’s take the government data at face value.


First, consider the news report that finally as of May 2014 as many Americans had jobs as had jobs in January 2008. That might seem like good news until you take into account that since January 2008 the US has experienced 6.5 years of population growth. Economists seem to have settled on population growth adding 129,000 people to the work force each month.  That comes to 10,000,000 people.  Where are their jobs?  The “jobs recovery” doesn’t provide for the 10 millions who have come of working age since January 2008.


We can conclude from this that the official 6.3 percent unemployment rate is nonsense.


The unemployment rate is in the neighborhood of 23 percent as John Williams has established.


Just as the US government claims, falsely, that Russia invaded Ukraine and annexed Crimea, that Saddam Hussein had weapons of mass destruction, that Assad used chemical weapons on Syrians, and so forth and so on, the 6.3 percent unemployment rate is just another government lie.


Second, consider where the claimed 217,000 May jobs are.  Hardly any of these claimed jobs are jobs in which university graduates begin their careers.  The jobs are in wholesale trade, retail clerks, transportation and warehousing, employment services and temporary help, waitresses and bartenders, and health care and social assistance. In the later category,  ambulatory health care services and social assistance account for the majority of jobs.


If college graduates have jobs, they are not the jobs for which they studied.  On March 31, CNN Money reported that 260,000 college graduates were employed at or below the federal minimum wage of $7.25 per hour.

For the many years that I have been reporting on the jobs statistics, there has been scant sign of any jobs for college graduates.  Considering that there are at least 3,100 colleges and universities in the US, the May graduating class must number in the hundreds of thousands. Looking at the May jobs statistics, those graduating from law school face a dismal situation as employment of lawyers dropped by 700.  There were jobs for only 4,100 accountants and bookkeepers. There were 4,500 jobs for architects and engineers, a number that includes secretaries and office managers. There were 1,800 management jobs. State government education jobs declined by 5,300 and local government education jobs declined by 6,600 jobs.  So where did the education majors find employment?


How is the second quarter going to come roaring back, as the financial media assures us it will, when the jobs report is so discouraging?  How much longer will Washington be able to hide the fact that the US economy is sinking?


If you read all the bullshit that the American media and educational establishment puts out, “education is the answer.”  Apparently not.  Education is the way to become deeply in debt and work for $7.25 per hour, if you are lucky to escape unemployment.


America is a Great Big Lie.  There is no truth in what we are told. The entire country, along with that part of the world under Washington’s thumb, is run for about six private interest groups.  The rest of us are being fleeced. 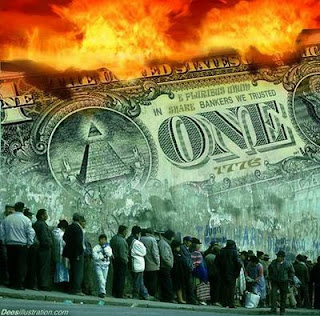