During The Best Period Of Economic Growth In U.S. History There Was No Income Tax And No Federal Reserve 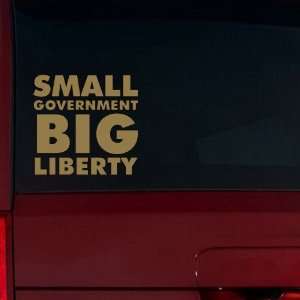 How would America ever survive without the central planners in the Obama administration and at the Federal Reserve?
What in the world would we do if there was no income tax and no IRS?  Could the U.S. economy possibly keep from collapsing under such circumstances?  The mainstream media would have us believe that unless we have someone "to pull the levers" our economy would descend into utter chaos, but the truth is that the best period of economic growth in U.S. history occurred during a time when there was no income tax and no Federal Reserve.  Between the Civil War and 1913, the U.S. economy experienced absolutely explosive growth.  The free market system thrived and the rest of the world looked at us with envy.  The federal government was very limited in size, there was no income tax for most of that time and there was no central bank.  To many Americans, it would be absolutely unthinkable to have such a society today, but it actually worked very, very well.  Without the inventions and innovations that came out of that period, the world would be a far different place today.
It is amazing what can happen when the government just gets out of the way.  Check out all of the wonderful things that Wikipedia says happened for the U.S. economy during those years...


The rapid economic development following the Civil War laid the groundwork for the modern U.S. industrial economy. By 1890, the USA leaped ahead of Britain for first place in manufacturing output.
An explosion of new discoveries and inventions took place, a process called the "Second Industrial Revolution." Railroads greatly expanded the mileage and built stronger tracks and bridges that handled heavier cars and locomotives, carrying far more goods and people at lower rates. Refrigeration railroad cars came into use. The telephone, phonograph, typewriter and electric light were invented. By the dawn of the 20th century, cars had begun to replace horse-drawn carriages.
Parallel to these achievements was the development of the nation's industrial infrastructure. Coal was found in abundance in the Appalachian Mountains from Pennsylvania south to Kentucky. Oil was discovered in western Pennsylvania; it was mainly used for lubricants and for kerosene for lamps. Large iron ore mines opened in the Lake Superior region of the upper Midwest. Steel mills thrived in places where these coal and iron ore could be brought together to produce steel. Large copper and silver mines opened, followed by lead mines and cement factories.
In 1913 Henry Ford introduced the assembly line, a step in the process that became known as mass-production.

When hard working, industrious people are given freedom to pursue their dreams, great things tend to happen.  The truth is that we were all designed to create, to invent, to build, and to trade with one another.  We all have something that we can contribute to society, and when families are strong and the invisible hand of the free market is allowed to work, societies tend to prosper.
It is not a coincidence that the greatest period of economic growth in U.S. history was between the Civil War and 1913.  The following information comes from Wikipedia...


The Gilded Age saw the greatest period of economic growth in American history. After the short-lived panic of 1873, the economy recovered with the advent of hard money policies and industrialization. From 1869 to 1879, the US economy grew at a rate of 6.8% for real GDP and 4.5% for real GDP per capita, despite the panic of 1873.  The economy repeated this period of growth in the 1880s, in which the wealth of the nation grew at an annual rate of 3.8%, while the GDP was also doubled.

Wouldn't you like U.S. GDP to double over the course of a decade now?
So why don't we go back to a system like that?
In 1913, the Federal Reserve and a permanent national income tax were introduced.  Today, the unelected central planners at the Federal Reserve totally run our financial system and the U.S. tax code is about 13 miles long.  The value of our currency has declined by more than 96 percent since 1913, and the size of our national debt has gotten more than 5000 times larger.
Meanwhile, control freak bureaucrats seemingly run everything.  Almost every business decision is heavily influenced either by taxes or by the millions of laws, rules and regulations that are sucking the life out of our economic system.
My favorite example of how suffocating red tape in America has become is the magician out in Missouri that was forced by the Obama administration to submit a 32 page "disaster plan" for the rabbit that he uses during his magic shows for kids.
It is no wonder why we don't have any economic growth.  The central planners in the federal government are killing our economy.
And the central planners over at the Federal Reserve are killing our financial system.  In school we are taught that the Fed was created to bring stability to our financial system, but the truth is that they have been responsible for financial bubble after financial bubble, and now Federal Reserve Chairman Ben Bernanke has created the largest bond bubble in the history of the world.  When that thing bursts, and it will, we are going to see financial carnage on an unprecedented scale.
Unfortunately, the truth is that the Federal Reserve never has been looking out for the interests of the American people.  It was created by the big banks and it has always worked very hard to benefit the big banks.  During the Fed era, the big banks have become the most powerful economic entities on the entire planet.  Our entire economy is now based on debt, and the big banks are at the very center of this debt spiral.  The following is an excerpt from a recent article by Paul B. Farrell...

Today’s world includes four Wall Street banks each with assets over $1 trillion, each more than Goldman. Plus eight other big global banks each have over $2 trillion total assets, including, among the 100 largest, Barclays, HSBC, Deutsche, ICB-China and Japan’s Mitsubishi.
Yes, this new world is changing fast. Back in 2008 the world’s financial banks were in ruins. Wall Street sunk into virtually bankruptcy. Goldman and its Wall Street too-big-to-fail co-conspirators had trashed the global economy, triggered a virtual depression, and Wall Street’s casinos lost over $10 trillion of Main Street retirement funds.

And as we saw back in 2008, the Federal Reserve is going to do whatever is necessary to prop up Wall Street.  Most Americans never even heard about this, but during the last financial crisis the Fed secretly loaned 16 trillion dollars to the big banks.  Those loans were nearly interest-free and those banks knew that they could get basically as much nearly interest-free money as they wanted from the Fed.
So how much nearly interest-free money did the Fed loan to normal Americans?
Not a single penny.
That would be bad enough, but it is also important to remember that since 2008 the Fed has actually been paying banks NOT to lend money to the rest of us.
What is it going to take for the American people to start demanding that the Fed be abolished?  They are absolutely destroying our financial system.
Meanwhile, the central planners in the Obama administration have been doing their part as well.  During the second quarter of this year, the number of Americans working between 30 and 34 hours per week fell by 146,500.  During that same time period, the number of Americans working between 25 and 29 hours rose by 119,000.
Why is this happening?
Well, the Obamacare employer mandate will apply to workers that work at least 30 hours each week, so employers are starting to cut back on the hours their employees are getting in order to comply with the law.
But this is just one example out of thousands, and most Americans already know that the U.S. economy has been crumbling for many years.
In fact, things have gotten so bad that even 53 percent of all Democrats believe that the American Dream is dead even though Barack Obama is residing in the White House.
But this is just the beginning.  Things are going to get much, much worse.  We are going down the same path that Greece has gone, and the unemployment rate in Greece has just hit a new all-time record high of 27.6 percent.
That is where the U.S. is headed eventually.  Decades of very foolish decisions are catching up with us.
The primary reason why all of this is happening is debt.  As a society, we simply have way, way, way too much debt.
The biggest offender, of course, is the federal government.  Since 1970, federal spending has grown nearly 12 times as rapidly as median household income has, and since the year 2000 the size of the U.S. national debt has grown by more than 11 trillion dollars.
When government debt gets too large, it has a profoundly negative effect on an economy.  The following is an excerpt from an outstanding article by Lacy H. Hunt, a Ph.D. economist...
*****
Here are the studies, starting with the one with the broadest implications:
*****
But it isn't just federal government debt that is the problem.  The rest of us have way too much debt as well.
If you can believe it, the ratio of private debt to GDP was 273.3% for the twelve months ending in the first quarter of 2013.
That is an astounding figure.
And as Hunt explained, having too much private debt is also very bad for an economy...


In Too Much Finance, published by the United Nations Conference on Trade and Development (UNCTAD) in March 2011, Jean Louis Arcand, Enrico Berkes, and Ugo Panizza found a negative effect on output growth when credit to the private sector reaches 104-110% of GDP. The strongest adverse effects are for credit over 160% of GDP.
The second is the 2011 BIS study authored by Cecchetti, Mohanty, and Zampolli. They found that private debt levels become "cancerous" (in BIS economic advisor Cecchetti's own words) at 175% (90% for corporations and 85% for households)—just slightly more than the UNCTAD study.

When you add our private debt to GDP ratio of 273 percent to our federal debt to GDP ratio of 101 percent, you get a grand total of 384 percent.
This is how we have funded the false prosperity of the past couple of decades.  Essentially, we have been putting our good times on a credit card.
And as anyone that has ever tried to live on credit knows, the good times eventually run out.
But this is what the Federal Reserve was designed to do.  It was designed to get the U.S. government trapped in a debt spiral from which there would never be any escape.
It is not an accident that our national debt has gotten more than 5000 times larger than it was when the Fed was originally created.  This is what the bankers wanted the system to do.
They wanted a system that would extract wealth from all of us through taxes, transfer it to the government, and then transfer it to them through interest payments.
We never needed a central bank, we never needed the IRS and we never needed an income tax.  America would be doing just fine without any of them.
But instead, America chose to go down the path of collectivization and central planning, and now we are heading toward the biggest economic disaster in the history of mankind. 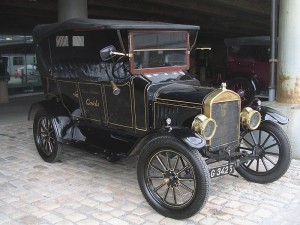