Did you know that Barack Obama has been secretly negotiating the most important trade agreement since the formation of the World Trade Organization?
Did you know that this agreement will impose very strict Internet copyright rules, ban all "Buy American" laws, give Wall Street banks much more freedom to trade risky derivatives and force even more domestic manufacturing offshore?  If you have not heard about this treaty, don't feel bad.  Obama has refused to even give Congress a copy of the draft agreement and he has banned members of Congress from attending the negotiations.  The plan is to keep this treaty secret until the very last minute and then to railroad it through Congress and have it signed into law by October.  The treaty is known as "the Trans-Pacific Partnership", and the nations that are reported to be involved in the development of this treaty include the United States, Canada, Japan, South Korea, Australia, New Zealand, Chile, Peru, Brunei, Singapore, Vietnam and Malaysia.  Opponents of this treaty refer to it as "the NAFTA of the Pacific", and if it is enacted it will push the deindustrialization of America into overdrive.
The "one world" economic agenda that Barack Obama has been pushing is absolutely killing the U.S. economy.  As you will see later in this article, we are losing jobs and businesses at an astounding pace.  And each new "free trade" agreement makes things even worse.
For example, just check out the impact that the recent free trade agreement that Obama negotiated with South Korea is having on us...
Wait a second - I though that "free trade" agreements were actually supposed to increase exports.
So why have they declined by 10 percent?
Did someone make a really bad deal?
And of course we have all seen the economic devastation that NAFTA has wrought.
When NAFTA was pushed through Congress in 1993, the United States actually had a trade surplus with Mexico of 1.6 billion dollars.  By 2010, we had a trade deficit with Mexico of 61.6 billion dollars.
And "free trade" with China has turned out to be a complete and total nightmare as well.
Back in 1985, our trade deficit with China was approximately 6 million dollars (million with a little "m") for the entire year.
In 2012, our trade deficit with China was 315 billion dollars.  That was the largest trade deficit that one nation has had with another nation in the history of the world.
But instead of learning from the mistakes of the past, Barack Obama is pressing for more "free trade" agreements.
The New York Times is calling the Trans-Pacific Partnership "the most significant international commercial agreement since the creation of the World Trade Organization in 1995".  It is reportedly going to include a whole host of provisions which would never be able to get through Congress on their own.  Even though this treaty will affect all of our daily lives, the Obama administration is keeping this treaty a total secret.  In fact, Obama won't even show it to Congress even though members of Congress have asked repeatedly to see it...

The agreement, under negotiation since 2008, would set new rules for everything from food safety and financial markets to medicine prices and Internet freedom. It would include at least 12 of the countries bordering the Pacific and be open for more to join. President Obama has said he wants to sign it by October.
Although Congress has exclusive constitutional authority to set the terms of trade, so far the executive branch has managed to resist repeated requests by members of Congress to see the text of the draft agreement and has denied requests from members to attend negotiations as observers — reversing past practice.
While the agreement could rewrite broad sections of nontrade policies affecting Americans’ daily lives, the administration also has rejected demands by outside groups that the nearly complete text be publicly released.

So exactly who in the world does this guy think that he is?  Why won't Obama let us know exactly what is in this treaty?
Fortunately, there have been a few leaks.  One thing that we have discovered is that this new treaty would reportedly ban all "Buy American laws".
That certainly would not be popular if it got out.
And do you remember SOPA?
The American people wanted nothing to do with the very strict Internet copyright provisions of SOPA and loudly expressed their displeasure to members of Congress.
Unfortunately, now the provisions of SOPA are back.  It is being reported that most of the provisions of SOPA have been quietly inserted into this treaty.  If this treaty is enacted, those provisions will become law and the American people will not be able to do anything about it.
And according to the New York Times, there are all sorts of other disturbing things that have been slipped into the treaty...

And yet another leak revealed that the deal would include even more expansive incentives to relocate domestic manufacturing offshore than were included in Nafta — a deal that drained millions of manufacturing jobs from the American economy.
The agreement would also be a boon for Wall Street and its campaign to water down regulations put in place after the 2008 financial crisis. Among other things, it would practically forbid bans on risky financial products, including the toxic derivatives that helped cause the crisis in the first place.

Are you starting to understand why the Obama administration is keeping this treaty such a secret?
If the details of this treaty were revealed to the American people right now, it would create such an uproar that Congress would never approve this treaty.
So please share this article with as many people as you can.  We have got to get the American people educated about this.
Enough damage has already been done to the U.S. economy by "free trade" agreements.  Just consider the following statistics...
-The United States has lost more than 56,000 manufacturing facilities since 2001.
-Back in the year 2000, there were more than 17 million Americans working in manufacturing.  Now there are less than 12 million.
-There are less Americans working in manufacturing today than there was in 1950 even though the population of the country has more than doubled since then.
-According to the Economic Policy Institute, America is losing half a million jobs to China every single year.
-According to Professor Alan Blinder of Princeton University, 40 million more U.S. jobs could be sent offshore over the next two decades if current trends continue.
-Today, corporate profits as a percentage of U.S. GDP are at an all-time high, but wages as a percentage of U.S. GDP are near an all-time low.
-Without enough good jobs, more Americans are becoming dependent on the government.  If you can believe it, the number of Americans on food stamps has gone from about 17 million in the year 2000 to more than 47 million today.
-Overall, the United States has run a trade deficit of more than 8 trillion dollars with the rest of the world since 1975.
And things continue to get even worse.  The Institute for Supply Management manufacturing index declined to 49.0 in May.  Any reading below 50 indicates contraction.
That was the lowest reading that we have seen since June 2009.  Just like most of the rest of the world, we are rapidly heading toward another major economic downturn.
And if you want a perfect visual example of what deindustrialization is doing to America, just look at the city of Detroit.
It was once one of the greatest manufacturing cities in the history of the world, but now it is a rotting, decaying, festering hellhole.
According to the New York Times, there are now approximately 70,000 abandoned buildings in Detroit, and at this point the city is so broke that there is talk that the female giraffe at the Detroit Zoo could be sold off to help pay the bills.
For much more on how deindustrialization is ripping the guts out of the U.S. economy, please see the following articles...
1) "55 Reasons Why You Should Buy Products That Are Made In America"
2) "40 Ways That China Is Beating America"
3) "Show This To Anyone That Believes That 'Things Are Getting Better' In America"
4) "10 Amazing Charts That Demonstrate The Slow, Agonizing Death Of The American Worker"
5) "22 Stats That Show How The Emerging One World Economy Is Absolutely Killing American Workers"
What Barack Obama is trying to do is a mind blowing mistake.
The "one world" economic agenda that he is pursuing is destroying the American worker and the American middle class.
U.S. workers are being thrown into a global labor pool with workers on the other side of the planet that live in countries where it is legal to pay slave labor wages.
Do you want to directly compete with a worker on the other side of the globe that is doing your job for a dollar an hour with no benefits?
If not, you need to stand up and make your voice be heard.
There is no way in the world that American workers should have to compete for jobs with workers making slave labor wages in communist China.
What we desperately need are some red-blooded economic patriots to arise and to tell both political parties that we do not want this "one world" economic agenda.
So what do you think?
Will the American people wake up, or will our economy continue to lose thousands of businesses and millions of jobs?
Please feel free to post a comment with your thoughts below... 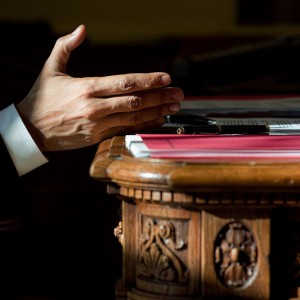