The Luciferian Elite and the Destruction of America 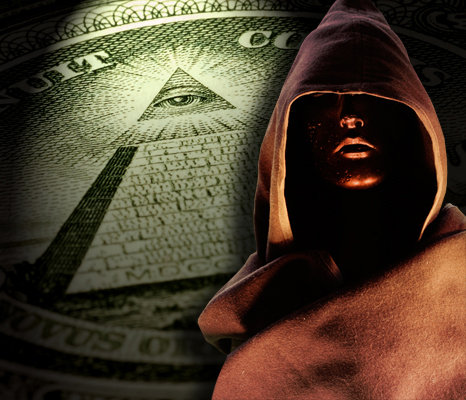 This is an article about the top of the food chain and it is unlikely any of us were taught this in our youth.

It is not by coincidence, we can see both the evil and the wickedness in our world, but not see who is behind that evil and wickedness. It is much safer to blame our politicians, the Globalists, the Banksters, the MSM, for everything and anything while paying no mind whatsoever to the unseen spiritual realm and who guides the Elites.
- W.E.

What you see happening around you is not the product of random chance. Millions have been brainwashed into not seeing the obvious, that the destruction of America is a planned event that was conceived before 1776.

Sir Francis Bacon, a Rosicrucian, planned for America to be the New Atlantis and the center of the New World Order before America became a nation.

At the beginning of our nation we had a clash of worldviews. Many of our Founding Fathers had, to varying degrees, a Biblical world view. Others were Deists and many were part of the secretive Illuminati. The Rosicrucian movement traces its roots all the way back to a Nephilim leader called Nimrod and the Tower of Babel.

The Tower of Babel in Babylon was to be the capitol of the first one world government, one world economic system and one world religion. The Tower of Babel was built to worship the host of heaven.... It was the fountainhead of occult mysteries and Luciferian religions.

The purpose of Nimrod building the Tower of Babel was to construct a stairway or gateway to heaven. Nimrod wanted to be like God. The Tower of Babel was literally a stairway to the stars, a way to enter the dimension that God inhabited. The purpose of the tower along with what are called stargates is to create something like a wormhole or portal, where the gods from the stars (the fallen angels,) would pass through.

Nimrod had access to highly advanced scientific knowledge, which was apparently passed on by these god-men from the stars, which flourished before the Flood of Noah and was used to build entire advanced civilizations like Atlantis and Thule. God judged Babylon because He understood their real motive was to be become gods.

Although Babylon was destroyed the secret knowledge has been passed on through numerous secret societies throughout the ages such as the Illuminati, which was officially formed in 1776. The invisible hand of the Illuminati has been at work in America, Europe, and the rest of the world, controlling global finance, politics, wars, science, education, religion and society.

The term Illuminati comes from the words “illumined ones,” which comes from the [word] Lucifer, which means “the shining one.” At the root of this occult belief system is the worship of Lucifer or Satan.

Lucifer has an organized army built with the hierarchal and organizational structure of the pyramid. The eye of Horus in the pyramid of the U.S. dollar is the eye of Lucifer and it symbolizes the control of America and the New World Order by the Illuminati.

The goal of Satan or Lucifer from the beginning was to create a one world order, based on a World Communist Government where he will be worshipped as god. The Book of Revelation predicts this one world government, one world religion, and one world economic system that will be headed by a world ruler called the Antichrist. As we enter the last of the last days, this transformation is accelerating with such dizzying speed that it is perceived as chaos. The Illuminati operating principle is “Order out of Chaos.”

The mysterious man who “controlled” him was Col. Mandell House, who apparently had occult powers and was a Marxist revolutionary. In Col. House’s novel Philip Dru, Administrator, House creates a central character based on himself, who leads a violent Communist revolution in the United States.

In 1913 President Woodrow Wilson signed into law the Federal Reserve Act, which created the most radical change in our nation’s history. Our monetary system was completely transferred from the U.S. government and the American people into the hands of international bankers who set up a private and completely secret corporation, the Federal Reserve. In other words the U.S. monetary system was put under the control of private international bankers who are not under the control of our government.

Around the same time, the Illuminati, acting through the Rothschilds and what eventually became known as the Council on Foreign Relations, ruled by Rockefeller, controlled our foreign and domestic policies.

"...there is a power so organized, so subtle, so complete, so pervasive, that they had better not speak above their breath when they speak in condemnation of it." -- President Woodrow Wilson

As far back as 1914 Rockefeller was put in charge of creating a one world government through the League of Nations, which became the United Nations. According to its own documents the U.N. was created for the purpose of establishing a world government.

The goal has always been to have America and its people under the full control of United Nations government.

"Today Americans would be outraged if U.N. troops entered Los Angeles to restore order; tomorrow they will be grateful! This is especially true if they were told there was an outside threat from beyond whether real or promulgated, that threatened our very existence. It is then that all peoples of the world will plead with world leaders to deliver them from this evil.

"The one thing every man fears is the unknown. When presented with this scenario, individual rights will be willingly relinquished for the guarantee of their well being granted to them by their world government." -- Henry Kissinger in an address to the Bilderberger meeting at Evian, France, May 21, 1992, as transcribed from a tape recording made by one of the Swiss delegates.

This plan has been spoken of out in the open; it is fully documented and has been written about in books and articles for over 100 years. It was never a secret! In order for anyone, including political leaders, media, and Christian leaders not to have known about it, they would have to have gone out of their way to willfully close their eyes. If someone tells you they love you and care for you and say they are Christians, is it not their most minimal duty to be faithful Watchmen?

I would say to you today that there is a collective conspiracy or agreement among those who claim to be proclaiming the truth to deny the truth. It is both spiritual and psychological denial and there will be a day of accountability.

We are seeing how it did not begin in America or Europe; it began in Babylon. The Babylon in Revelation 18 & 19 is rising before our eyes, as is the dawn of the Luciferian era, or the “New Aeon,” which is an occult term for the new world order. The questions you need to ask are:

What do I do about it?
What is my responsibility?
Is there anything I can do to prevent it?

There is no simplistic answer to these questions, for they are difficult. The one thing we must remember, and not in the escapist sense, is that there is a Personal Living God on the Throne of the Universe. The root of the Luciferian era is Satan’s revolution against God with one third of the angels that fell from the stars.

Every man or woman alive must choose whose side they are on, Lucifer’s or God’s? There is no rationalizing or escaping that choice and there is no middle ground.

Each of must discern between the false prophets and true prophets. We must ask God for His wisdom, through His Word and Spirit, for these answers. Then we must actually do what He tells us.

Lucifer uses the pyramid system to rule by fear and control you, with the all-seeing eye. But you must throw off the chains of fear and look into the future with faith!

With everything in you, you must not surrender to the spirit of fear or you will become a mindless slave toiling under the pyramid. There is a Way out and you must find that Way. There is wisdom and strength beyond yourself and you must look for it. In doing so you will find that your present reality is changed. Everything will seem different and the present landscape of what you now call reality will forever be changed.