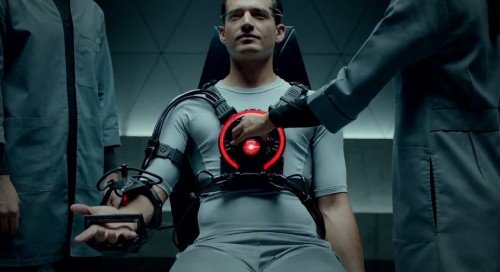 I noticed this ad the first time I saw it as a Transhumanism message. After all, "droid" is short for "android" as in, part man part machine.  If you pay attention, you will notice this message in mass media regularly now.  You will also, as in this one, begin to notice a lot of injections, that is, IMPLANTS throughout mass media too.
We are being conditioned for our coming "upgrade" apparently.  If you don't have a clue as to what is so bad about the Transhumanism, let me suggest a couple links to get you familiar.  - W.E.

This TV ad promoting Verizon’s Droid DNA phone is weird, cringe-worthy and also promotes something else: Transhumanism. Indeed, the ad does not only sell a smartphone. Not unlike movies and music videos, it normalizes the concept of “upgrading” humans by merging them with machines.
While most of us already entertain a somewhat unhealthy, dependent relationship with our cellphones, this ad makes things creepier by showing the device completely modifying the user’s body and genetic makeup. Yes, it is “only a commercial”, but all of the concepts behind it are real and will be available to a very rich and limited public very soon. Here’s the ad.
The ad takes place in some kind of transhumanist lab where the “Droid DNA Augmentation” process begins. Right from the start, we hear the usual vocabulary associated with transhumanism such as “augmentation”, “upgrade” and so forth. Many people believe that the human body is the most advanced machine on Earth. Not transhumanists. 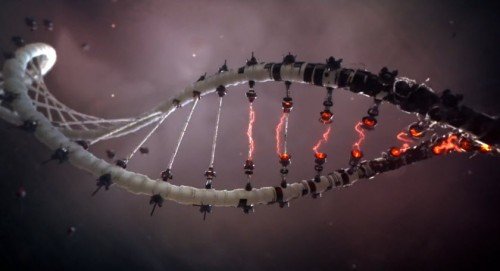 When connected to the phone, the guy’s DNA makeup changes into a black, artificial, robotic DNA string. Was that included in his 3 year contract with Verizon? 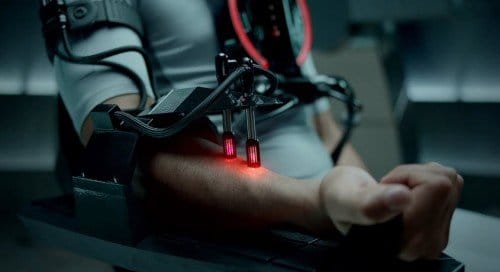 Something is then shot right in the guy’s veins. Meanwhile, we hear “neuro-speeds increased to 4G”. Yes, they do love “shooting” or inserting things into our bodies under the guise of “its good for you” in order to better monitor and control us. 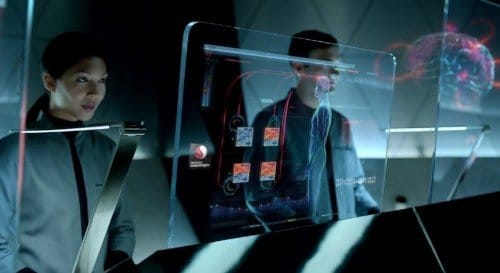 The ad ends with a purely transhumanist slogan: “It’s not an upgrade to your phone, its an upgrade to yourself”. Yes. And then, if they don’t like you, they’ll just re-format your Quad-Core processor brain and re-install a better version of you. Go transhumanism!
Email Post
Labels: Deception Prophecy Strange Wickedness