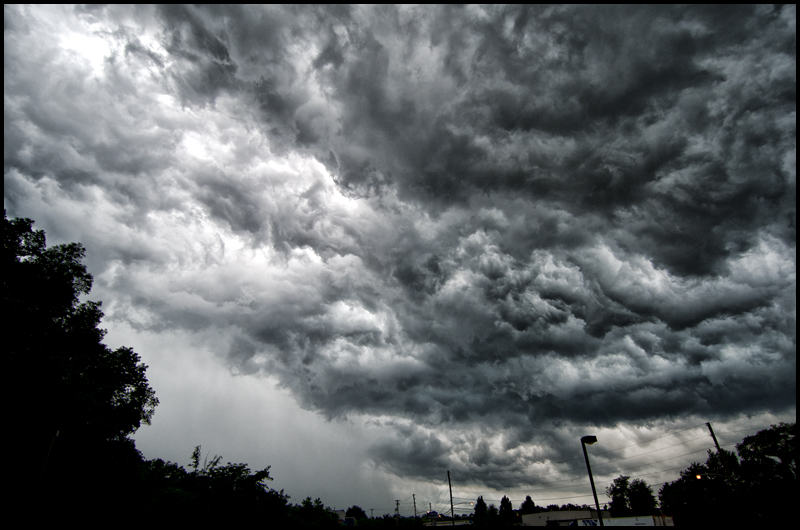 You won't hear this in the mainstream media folks.  I ask that you do your own research, analysis and then formulate your plans for moving forward.  Looks like it is going to be a very bumpy ride. - W.E.


If you want to figure out what is going to happen next in the financial markets, carefully watch what the insiders are doing.
Those that are "connected" have access to far better sources of information than the rest of us have, and if they hear that something big is coming up they will often make very significant moves with their money in anticipation of what is about to happen.  Right now, Wall Street insiders and central banks all around the globe are making some very unusual moves.  In fact, they appear to be rapidly preparing for something really big.  So exactly what are they up to?  In a previous article entitled "Are The Government And The Big Banks Quietly Preparing For An Imminent Financial Collapse?", I speculated that they may be preparing for a financial meltdown of some sort.  As I noted in that article, more than 600 banking executives have resigned from their positions over the past 12 months, and I have been personally told that a substantial number of Wall Street bankers have been shopping for "prepper properties" this summer.  But now even more evidence has emerged that quiet preparations are being made for an imminent financial collapse.  That doesn't guarantee that something will happen or won't happen.  Like any good detective, we are gathering clues and trying to figure out what the evidence is telling us.
Why Is George Soros Selling So Much Stock And Buying So Much Gold?
I am certainly not a fan of George Soros.  He has funneled millions upon millions of dollars into organizations that are trying to take America in the exact wrong direction.
However, I do recognize that he is extremely well connected in the financial world.  Soros is almost always ahead of the curve on financial matters, and if something big is going to go down George Soros is probably going to know about it ahead of time.
That is why it is very alarming that he has dumped all of his banking stocks and that he is massively hoarding gold.  The following is from shtfplan.com....

In a harbinger of what may be coming our way in the Fall of 2012, billionaire financier George Soros has sold all of his equity positions in major financial stocks according to a 13-F report filed with the SEC for the quarter ending June 30, 2012.
Soros, who manages funds through various accounts in the US and the Cayman Islands, has reportedly unloaded over one million shares of stock in financial companies and banks that include Citigroup (420,000 shares), JP Morgan (701,400 shares) and Goldman Sachs (120,000 shares). The total value of the stock sales amounts to nearly $50 million.
What’s equally as interesting as his sale of major financials is where Soros has shifted his money. At the same time he was selling bank stocks, he was acquiring some 884,000 shares (approx. $130 million) of Gold via the SPDR Gold Trust.

Why would you dump over a million shares of stock in major banks and purchase more than 100 million dollars worth of gold?
Well, it would make perfect sense if you believed that a collapse of the financial system was about to happen.
Earlier this year, George Soros told the following to Newsweek....

“I am not here to cheer you up. The situation is about as serious and difficult as I’ve experienced in my career,” Soros tells Newsweek. “We are facing an extremely difficult time, comparable in many ways to the 1930s, the Great Depression. We are facing now a general retrenchment in the developed world, which threatens to put us in a decade of more stagnation, or worse. The best-case scenario is a deflationary environment. The worst-case scenario is a collapse of the financial system.”

It looks like he is putting his money where his mouth is.
Perhaps even more disturbing is what he believes is coming after the financial collapse....

As anger rises, riots on the streets of American cities are inevitable. “Yes, yes, yes,” he says, almost gleefully. The response to the unrest could be more damaging than the violence itself. “It will be an excuse for cracking down and using strong-arm tactics to maintain law and order, which, carried to an extreme, could bring about a repressive political system, a society where individual liberty is much more constrained, which would be a break with the tradition of the United States.”

That doesn't sound good.
George Soros has told us what he believes is going to happen, and now he is making moves with his money that indicate that he is convinced that it is actually about to start happening.
But he is not the only one that has been busy accumulating gold.
Billionaire John Paulson (the one that made 20 billion dollars on the subprime mortgage meltdown) has been buying gold like crazy and his company now "has 44 percent of its $24 billion fund exposed to bullion."
So why are Soros and Paulson buying up so much gold?
Central Banks Are Also Hoarding Gold
According to the World Gold Council, the amount of gold bought by the central banks of the world absolutely soared during the second quarter of 2012.  The 157.5 metric tons of gold bought by the central banks of the world last quarter was an increase of 62.9 percent from the first quarter of 2012 and a 137.9 percent increase from the second quarter of 2011.
Prior to 2009, the central banks of the world had been net sellers of gold for about two decades.  But now that has totally changed, and last quarter central banks stocked up on gold in quantities that we have not seen before....

At 157.5 metric tons, gold buying among central banks came in at its highest quarterly level since the sector became a net buyer of the precious metal in the second quarter of 2009, data in the organization's quarterly Gold Demand Trends report show.

So why have the central banks of the world become such gold bugs?
Is there something they aren't telling us?
Rampant Insider Selling
Wall Street insiders have been dumping a whole lot of stock this year.
In my previous article, I linked to a CNN article from back in April....

First quarter earnings have been decent, if not spectacular. And many corporate executives are issuing cautiously optimistic guidance for the rest of the year.
But while insiders' lips are saying one thing, their wallets are saying another. The level of insider selling among S&P 500 (SPX) companies is the highest in nearly 10 years. That is not good.

A lot of insiders appear to be getting out at the top of the market while the getting is still good.
Other insiders appear to be bailing out before the bottom falls out from beneath them.
Just check out what has been happening to Facebook stock.  It hit another new record low on Thursday as insiders dumped stock.  The following is from a CNN article....

Facebook's life as a public company has been a nightmare from day one, and the pain continued on Thursday as some company insiders got their first chance to dump shares.
Facebook stock hit a new intra-day low of $19.69 Thursday morning, and ended the day 6.3% lower at $19.87.

Sadly, Facebook has now lost close to half of its value since the IPO.
Will Facebook end up being the poster child for the irrational stock market bubble that we have seen over the past couple of years?
Overall, retail investors have been very busy pulling money out of stocks in recent weeks.
The following are the net inflows to equity funds over the past five weeks (in millions of dollars) according to ICI....
7/11/2012: -537
7/18/2012: 637
7/25/2012: -2,999
8/1/2012: -6,866
8/8/2012: -3,684
According to the figures above, more than 10 billion dollars has been pulled out of equity funds over the past two weeks alone.
So does this mean anything?
Maybe.
Maybe not.
But it is very interesting and it bears watching.
Why Does The U.S. Government Need So Much Ammunition?
In my previous article, I also noted that the U.S. government appears to be very rapidly making preparations for something really big.
This week, it was revealed that the Social Security Administration plans to buy 174,000 hollow point bullets which will be delivered to 41 different locations all over America.
Now why in the world does the Social Security Administration need 174,000 bullets?
And why do they need hollow point bullets?  Those bullets are designed to cause as much damage to internal organs as possible.
But of course this is only the latest in a series of very large purchases of ammunition by U.S. government agencies.  The following is from a recent article by Paul Joseph Watson....

Back in March, Homeland Security purchased 450 million rounds of .40-caliber hollow point bullets that are designed to expand upon entry and cause maximum organ damage, prompting questions as to why the DHS needed such a large amount of powerful bullets merely for training purposes.
This was followed by another DHS solicitation asking for a further 750 million rounds of assorted bullets, including 357 mag rounds that are able to penetrate walls.

Now why in the world would the government need over a billion rounds of ammunition?
If it was the U.S. military I could understand this.  You can burn through a whole lot of ammunition fighting wars.
But this makes no sense - unless they believe that big trouble is coming.
Personally, I wouldn't blame them for getting prepared.  Our economy continues to fall apart and there are signs of social decay everywhere around us.
The American people are more frustrated and more angry than at any other time in modern history.  This upcoming election is only going to cause Americans to become even more angry and even more divided.
All it would take is just the right "spark" to cause this country to erupt.
It could be the upcoming election.
It could be the collapse of the financial system.
Or it might be something else.
But the conditions are definitely there for it to happen.
Unfortunately, the American public is never told to prepare because authorities never want "to panic" the general population.
We are always the last to know, and that stinks.
So don't wait for someone to come on the television and announce that a crisis is happening.
If you wait that long, it will be too late.
Instead, open up your eyes and think for yourself.
We all need to work hard to get prepared for the coming crisis while we still can.
As you can see, Wall Street insiders, the U.S. government and the central banks of the world are busy getting prepared.
Don't put your head in the sand.
The warning signs are there and time is running out.
Email Post