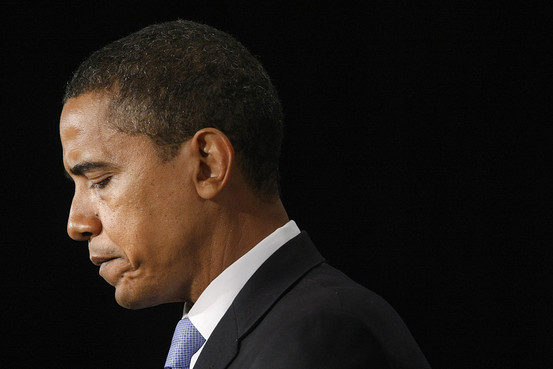 
When Barack Obama claimed executive privilege today in an effort to protect Attorney General Eric Holder from a contempt-of-Congress charge in the Fast and Furious gunrunning scandal, he may have inadvertently exposed himself as an accessory to murder.
For eight months, Holder has been stonewalling congressional investigators looking into the Justice Department scandal responsible for the deaths of at least two U.S. law enforcement officers and untold numbers of civilians on either side of the border with Mexico.
Holder has repeatedly lied to Congress, besides withholding the documents investigators have subpoenaed.
Holder then offered the House Judiciary Committee, headed by Rep. Darrell Issa, a deal. Holder would provide all the documents the committee demanded for a pledge to close the investigation.
Issa, of course, reacted incredulously. What would be the point of an investigation if the results were predetermined by the target of the investigation? What investigator in his right mind would accept such a deal?
Then Obama stepped in and claimed executive privilege.
Now understand what this means. Obama cannot claim executive privilege for any member of his administration. He can only do so for himself and his inner circle of advisers, and should never do so unless it’s a matter of national security.
What Obama did, in apparent desperation, was to expose his own personal complicity in this scandal, making him, quite possibly, an accessory to murder.
Can you imagine how big this scandal is and how far it reaches for the administration to take such a gamble?
Even the once-friendly media are seeing through this charade.
Obama sniffed in 2007 how unreasonable it was for George W. Bush to claim executive privilege regarding the dismissal of a handful of Justice Department lawyers. Bill Clinton fired ALL of his federal prosecutors the day he took office. Not a single Democrat blinked.
But now we’re talking about a scandal in which people, Americans, law enforcement officers and, no doubt, Mexican and U.S. citizens, were murdered by weapons purposely placed into the hands of the drug cartels in Mexico and the U.S.
Those old enough will recall how Democrats were outraged by the claim of executive privilege by Richard Nixon during Watergate. I was one of them. But no one died in Watergate. Fast and Furious is about murder – and complicity by the U.S. Justice Department.
Now we learn, by Obama’s own admission, he was somehow involved.
But it gets worse. Obama must now explain the following: Fifteen months ago, Holder pledged full cooperation in the congressional investigation into Fast and Furious. He didn’t mean it, of course. But he pledged it any way. Now Obama has claimed executive privilege. That, of course, raises the question of what happened in the last 15 months to make this, suddenly, a state secret to be guarded by executive privilege.
I can only hope and pray that Republicans in Congress stand united in demanding the truth be told to the American people and that justice be served. In addition, though unlikely, it might be a good time for some Democrats in Congress to realize that they, too, are participating in one of the most evil, immoral, illegal cover-ups in American political history. If they have any conscience at all, it might be a good time to rediscover it.
Obama is going down for this – whether it’s in the election in November or before. Democrats should start deciding now if they want to go down with him or stand up for principle as many Republicans did during the darkest days of Watergate.
Email Post

Attention Patriots- The Tide is Turning