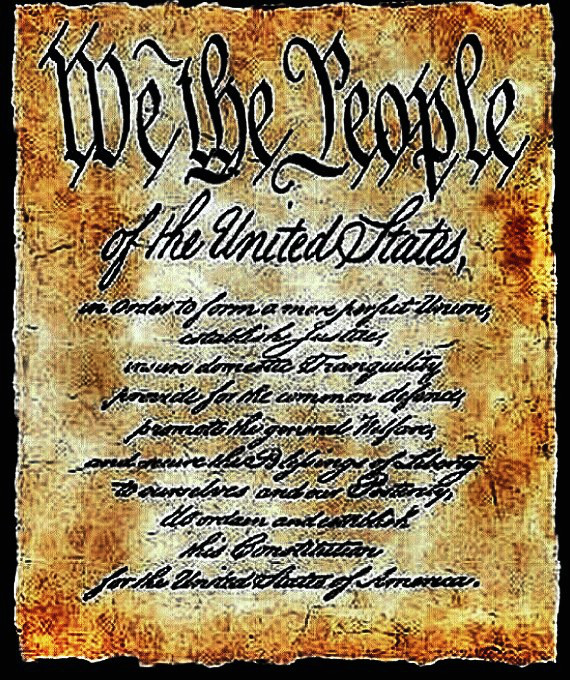 
The federal government has assumed great responsibility to tax and provide for our citizens under the interpreted authority of the general welfare clause in the Constitution.  Our Departments of Transportation, Education, Agriculture, and Interior are all justified by the general welfare clause.
Most recently one of the main justifications of the Healthcare Act is that Congress has authority to create such a law because of the general welfare clause.  But how Constitutional is this assumed authority?  What would our founders say about this current view of federal power?
Since James Madison is called the Father of our Constitution, it makes sense that we would look to him for clarification on this point. Madison discussed this very issue in an argument he was making against subsidizing a cod fisherman in 1792.

“I, sir, have always conceived -- I believe those who proposed the Constitution conceived -- it is still more fully known, and more material to observe, that those who ratified the Constitution conceived -- that this is not an indefinite government, deriving its powers from the general terms prefixed to the specified powers -- but a limited government, tied down to the specified powers, which explain and define the general terms.” James Madison, On the Cod Fishery Bill, granting Bounties 1792

Madison was very simply explaining that the clause “common defense and general welfare” was not meant to expand the power of the government beyond its limitations, but to describe the purpose of the power delegated within strict confinement of those boundaries.  How we have flipped this nation on its head!  We have allowed our government to take the description of the purpose of its power and turn it into its very power.  This aberration of our founder’s intent is not without consequence.  We cannot have it both ways; it is either a limited government or one completely without limits.
It is clear that the framers purposefully and intentionally created a federal government that was to be limited in power and scope. Extremely limited.

The powers delegated by the proposed Constitution to the federal government, are few and defined. The [powers of the federal government] will be exercised principally on external objects, as war, peace, negotiation, and foreign commerce; with which last the power of taxation will, for the most part, be connected.  Fed. 45

Simply speaking, if it is not war, peace, negotiations and foreign commerce, the federal government is not supposed to be involved in it. Period.  And, further explanation will show, that they are not even supposed to have the power to tax and subsidize, unless it is attached to those four things.  Madison knew such misinterpretations would unleash Pandora’s Box.

“There are consequences, sir, still more extensive, which, as they follow dearly from the doctrine combated, must either be admitted, or the doctrine must be given up.” James Madison, On the Cod Fishery Bill, granting Bounties 1792

Although our founders may not have known about all our great technological advancements and the needs of our modern day society, they knew that human nature remains the same.  They did not have to know where we would end up, because they knew where they had come from.

“I have but one lamp by which my feet are guided; and that is the lamp of experience. I know of no way of judging of the future but by the past.” Patrick Henry St. John's Church, Richmond, Virginia, March 23, 1775.

With astounding foresight Madison describes what an America, that ignores and distorts Constitutional meaning would look like.

“If Congress can employ money indefinitely to the general welfare, and are the sole and supreme judges of the general welfare, they may take the care of religion into their Own hands; they may a point teachers in every state, county, and parish, and pay them out of their public treasury; they may take into their own hands the education of children, establishing in like manner schools throughout the Union; they may assume the provision for the poor; they may undertake the regulation of all roads other than post-roads; in short, every thing, from the highest object of state legislation down to the most minute object of police, would be thrown under the power of Congress; for every object I have mentioned would admit of the application of money, and might be called, if Congress pleased, provisions for the general welfare.”   James Madison, On the Cod Fishery Bill, granting Bounties 1792

Madison and the framers knew that if the government would become more than they had intended, it would control the very lives of the people and we would be reduced to “tributary slaves.”   The current use of the general welfare clause, outside of the intent of our founders, is unconstitutional and it will create slaves of freemen.  It is irrelevant how any modern court has determined otherwise.  If the courts have failed to follow the direction of the drafters of this contract, they have failed to follow fundamental principles of law and their decisions are void of authority.  The truth is, night has fallen on the garden of America, and we have been betrayed by a kiss.

“And judging by the past, I wish to know what there has been in the conduct of the British ministry for the last ten years, to justify those hopes with which gentlemen have been pleased to solace themselves, and the House? Is it that insidious smile with which our petition has been lately received? Trust it not, sir; it will prove a snare to your feet. Suffer not yourselves to be betrayed with a kiss” Patrick Henry St. John's Church, Richmond, Virginia, March 23, 1775.

However, all is not lost, the solutions to our current crisis lie within their warnings.  We must, as Thomas Jefferson alluded, become attentive to the public affairs.

“If once [the people] become inattentive to the public affairs, you & I, & Congress & Assemblies, judges & governors shall all become wolves. It seems to be the law of our general nature, in spite of individual exceptions;”  Thomas  Jefferson in a letter to Edward Carrington Paris, Jan. 16, 1787

We must reengage ourselves, not simply as watchers and commentators, but as doers of the word as well.  We must hold all accountable regardless of the sweetness of their “kiss.” We must be willing to sacrifice and restore a standard of excellence for our representatives.  Too long we have said that the best candidate is the one that is simply better than the other guy.  We must believe that the ONLY candidate is the one who will stand, with integrity, for the Constitution and the principles of Liberty for which our founders died for.
We must work to restore the limitations of government.  The breach of these boundaries are the source of the corruption, as told by the warning, now prophecy, of John Adams in his inaugural address of 1797.

[If the government is]Negligent of its regulations, inattent[ive] to [the people’s] recommendations, … disobedience to its authority, … soon appeared with their melancholy consequences-- universal languor, jealousies and rivalries of States, decline of navigation and commerce, discouragement of necessary manufactures, universal fall in the value of lands and their produce, contempt of public and private faith, loss of consideration and credit with foreign nations, and at length in discontents, animosities, combinations, partial conventions, and insurrection, threatening some great national calamity.

Until we force our current government to work within the boundaries set by our founders: war, peace, negotiations, and foreign commerce, we will suffer all of the corruption the Adams foresaw.  We have to be an engaged citizen government that says the limitations are more than just recommendations, our recommendations are more than just rhetoric, and separation of powers must be viciously protected by all parties!  This is the disease of our nation and we must cure the disease or it will be the death of Liberty.
The gentle kiss of a promise of peace and prosperity as provided by the all-powerful, all-knowing federal government has deceived us.  We have allowed the powers of the federal government to expand far beyond what our founders intended, to the point that their warnings have become prophecy.  We cannot allow this to continue.  For the sake of our children, we must reign in this unconstitutional proclamation of power. We must once again hear the warnings of our founders and heed them, or suffer the inevitable consequences.

"Was the government to prescribe to us our medicine and diet, our bodies would be in such keeping as our souls are now." Jefferson's statement in Notes on the State of Virginia
“Were we directed from Washington when to sow, & when to reap, we should soon want bread.” Thomas Jefferson, Autobiography
“If we do not stand against tyranny today, our children will bow tomorrow!” Mercy Otis Warren