19 Signs Of Very Serious Economic Trouble On The Horizon 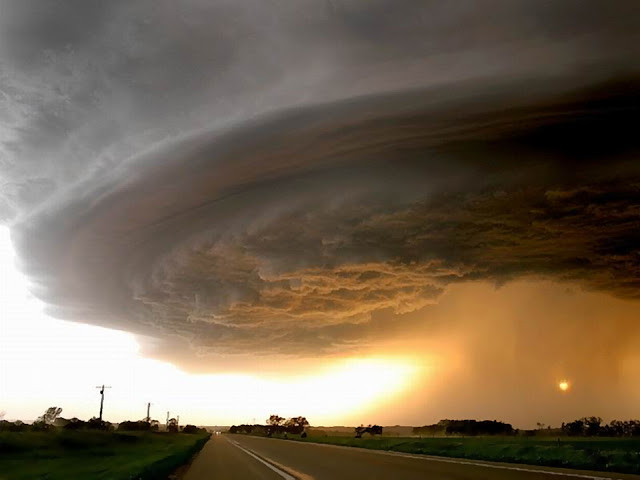 The economic storm, like no other we have seen since the Great Depression...and maybe ever is on the horizon.  The signs are everywhere.  We must travail in prayer, not give Him just lip service,  for God's hand of protection over our lives, our families, our country.  -W.E.


Most Americans have no idea how much economic trouble is heading our way.  Most of them just assume that everything will eventually "return to normal" just like it always has before and that those running our economy "know what they are doing" and that we should trust them to do their jobs.

Unfortunately, these beliefs are being reinforced by the bubble of false hope that we are experiencing right now.  For example, it is being reported that weekly unemployment claims in the United States have fallen to a four-year low.  That is a very good thing.  Let us hope that unemployment claims go even lower and that the current period of stability lasts for as long as possible.  We should enjoy these last fleeing moments of tremendous prosperity for as long as we can, because when they are gone they won't be coming back.  As I noted the other day, all of this false prosperity in the United States has been financed by the 15 trillion dollar party that we have been enjoying.  We are adding about 150 million dollars to our debt every single hour so that we can continue to enjoy an inflated standard of living.  Unfortunately, nobody in the history of the world has ever been able to keep a debt spiral going indefinitely, and our debt bubble will burst eventually as well.
Sadly, when you attempt to end (or even slow down) a debt spiral the consequences can be extremely painful.  Just look at what is happening in Greece.  Several waves of austerity measures have been implemented, the Greek economy has been plunged into a full-blown depression and Greek debt is still going up.
The rest of the nations of the eurozone are also now implementing austerity measures, and most of them are also starting to fall into recession.  The economic pain in Europe is just beginning and it will go on for quite a long time.
And eventually the United States is going to join the pain.  Right now the U.S. government can still borrow trillions of dollars at super low interest rates thanks to games being played by the Federal Reserve.  But it is simply not possible for this Ponzi scheme to last too much longer.  When it ends, the pain will be extremely great.
And even in the short-term there are some extremely troubling signs for the U.S. economy.
The following are 19 signs of very serious economic trouble on the horizon....
#1 According to one new survey, approximately one-third of all Americans are not paying their bills on time at this point.
#2 The U.S. housing industry is bracing for another huge wave of foreclosures in 2012.  The following is from a recent Reuters article....

"We are right back where we were two years ago. I would put money on 2012 being a bigger year for foreclosures than 2010," said Mark Seifert, executive director of Empowering & Strengthening Ohio's People (ESOP), a counseling group with 10 offices in Ohio.

#3 The Citigroup Economic Surprise Index, a key indicator watched by many economists, is on the verge of heading into negative territory.
#4 We are supposed to be in the middle of an economic recovery in the United States, but bad news just keeps pouring in from major companies.  For example, Yahoo is firing thousands of workers and Best Buy is closing dozens of stores.
#5 Richard Russell says that the "big money" is starting to quietly exit from the financial markets....

"My guess is that this is the big money that has been holding off as long as it decently can -- and then dumping their goods just before the close. I don't think the big money likes this market, and I think they have been slowly exiting this market, as quietly as they can."

#6 Goldman Sachs is projecting that the S&P 500 will fall by about 11 percent by the end of 2012.
#7 All over the country, local governments are going into default and we have not even entered the next recession yet.
#8 The U.S. government will add more to the national debt in 2012 than it did from the time that George Washington became president to the time that Ronald Reagan became president.
#9 The Federal Reserve is desperately trying to control interest rates.  The Fed purchased approximately 61 percent of all government debt issued by the U.S. Treasury Department in 2011.  This is the only thing that is keeping interest rates in the United States from soaring dramatically.
#10 German industrial production is falling at a pace that is far faster then expected.
#11 Italy's debt-to-GDP ratio is now up to 120 percent.
#12 The Spanish government admitted on Tuesday that Spain's debt-to-GDP ratio will rise by more than 11 percent this year alone.
#13 Yields on Spanish bonds are rising to dangerous levels.
#14 The Spanish government is projecting that the unemployment rate in Spain will exceed 24 percent by the end of the year.
#15 Unemployment in the eurozone as a whole has risen for 10 months in a row and is now at a 15 year high.
#16 In the aftermath of a 77-year-old retiree killing himself in front of the Greek parliament in protest over pension cuts, the economic rioting in Greece has flared back up dramatically.
#17 At this point, Greece is experiencing an economic depression with no end in sight.  Some of the statistics coming out of Greece are really hard to believe.  For example, one port town in Greece now has an unemployment rate of approximately 60 percent.
#18 The IMF is asking the United States to contribute more money for European bailouts.
#19 At this point, even some of our top scientists are projecting economic trouble.  For example, researchers at MIT are projecting a "global economic collapse" by the year 2030 if current trends continue.
But the truth is that we will experience a "global economic collapse" long before 2030 comes rolling around.
Let us hope that we still have at least several more months of economic prosperity in the United States before things really fall apart.
The truth is that the vast majority of Americans need more time to prepare for what is coming.
Sadly, most Americans are not preparing.  Most Americans have blind faith that those in positions of power are going to fix everything and set us on the path to even greater prosperity than ever before.
Unfortunately, all Federal Reserve Chairman Ben Bernanke and Barack Obama have been doing is kicking the can down the road and making our eventual collapse much worse.
As many of us have painfully learned, you can run from debt for a while, but you can't hide from it forever.  Eventually debt catches up with you, and when it does it can be very cruel.
The 15 trillion dollar party is coming to an end, and the consequences of decades of very foolish decisions are going to fall on this generation.
Email Post
Labels: Economic Collapse