UPDATED: LOOK HOW MANY IN THE GOP THINK OBAMA IS A MUSLIM 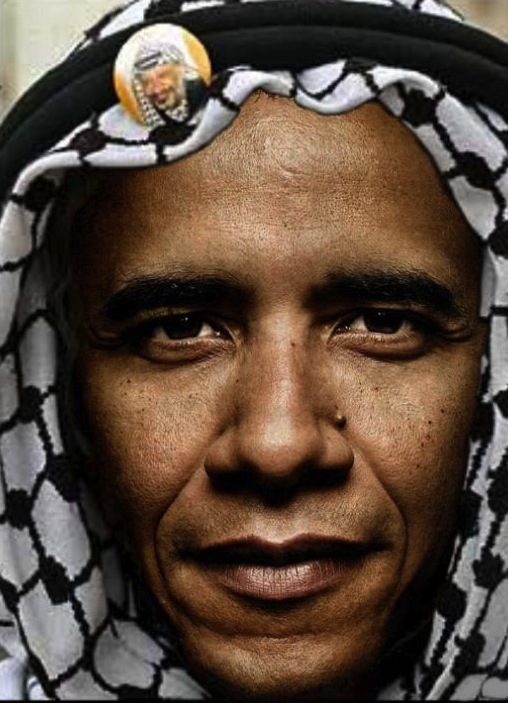 Scroll down for video

8/14/14-I really need to take the time to update this article properly. But since I have just reposted this story online, let me at least remind us of this little beauty (I mean besides the fact that Obama seems find to seal the fate of Christians in Iraq by doing practically NOTHING to stop their genocide) we are the nation whose current President decided to leave out the words "under God" when reciting the Gettysburg Address. Coincidence?

THIS IS A NATIONAL SECURITY ALERT- NO DRAMA INTENDED!
Several news articles have come out since I originally posted this story that confirms EVEN MORE that Barack Hussein Obama is indeed a Muslim.
If we take the blinders off of our eyes, it is not hard to assess that he is a "Radical" Muslim practicing "Stealth Jihad" in and on America. I don't say this lightly, but with a reliance on what I believe is more than just coincidences or fanciful thinking on anyone's part.
The truth speaks for itself.
Here are a few links to some of the stories I am referring to- for your further consideration.
- W.E.

BOMBSHELL REPORT: OBAMA'S RING, 'THERE IS NO GOD BUT ALLAH...


The Obama campaign’s repeated insistence that the president is a Christian is having little impact in two Southern states where a new poll indicates about half of the likely GOP primary voters believe he’s a Muslim.

Skeptics have pointed to his Muslim father and step-father, his Islamic training in Indonesia and his statements that America is no longer a “Christian nation” and can be considered one of the largest Muslim nations. The White House and the Obama campaign, meanwhile, officially have maintained Obama is Christian, sometimes citing his membership in the Chicago church of radical preacher Jeremiah Wright.
No matter to those polled by Public Policy Polling.
The survey of 600 likely Alabama Republican primary voters found a full 14 percent believe Obama to be Christian. But 45 percent said he is Muslim and another 41 percent said they are unsure.
The same question presented to 686 likely Mississippi Republican primary voters found 12 percent believe Obama to be Christian. But 52 percent say he is Muslim and another 36 percent were uncertain.
Washington Times columnist Catherine Poe was startled at the results. She wrote: “No matter what your own political persuasion, such downright ignorance is frightening. But it gets worse when they basically insist that President Obama is a Muslim no matter what he says.”
Religious beliefs have become a 2012 campaign issue, perhaps partly because of GOP candidate Mitt Romney’s Mormon faith.
Republican candidate Rick Santorum has indirectly addressed Obama’s beliefs, denouncing a  “phony theology” espoused by the White House. He described it as a “theology not based on the Bible.”
Franklin Graham, founder of the evangelical relief group Samaritan’s Purse and the son of evangelist Billy Graham, publicly noted that Obama has said he’s a Christian, “so I just have to assume that he is.”
But that less-than-hearty endorsement of Obama’s beliefs set off a firestorm of criticism of Graham.
Among the issues stirring the controversy has been the Obama administration’s demand that Catholic and evangelical Christian employers – against church doctrine and personal religious beliefs – pay for their employees’ birth control, including chemicals that are considered abortifacients.
Obama also has helped advance the aims of homosexual activists, in defiance of Christian teaching.
Just days ago, faith and American freedom historian David Barton of WallBuilders documented 50 anti-Christian and anti-Jewish actions Obama has taken since assuming office.
Barton concluded Obama is “America’s most biblically hostile U. S. president.”
“When one observes President Obama’s unwillingness to accommodate America’s four-century-long religious conscience protection through his attempts to require Catholics to go against their own doctrines and beliefs, one is tempted to say that he is anti-Catholic,” Barton writes. “But that characterization would not be correct. Although he has recently singled out Catholics, he has equally targeted traditional Protestant beliefs.”
Barton suggests his list – which includes links to stories from NBC, WND, the Los Angeles Times, Christianity Today and dozens of sources – demonstrates a pattern of “disrespectful and appalling treatment” toward anyone who holds to biblical values.
“Perhaps the most accurate description of his antipathy toward Catholics, Protestants, religious Jews and the Jewish nation would be to characterize him as ‘anti-biblical,’” Barton writes. “And then when his hostility toward biblical people of faith is contrasted with his preferential treatment of Muslims and Muslim nations, it further strengthens the accuracy of the anti-biblical descriptor. In fact, there have been numerous clearly documented times when his pro-Islam positions have been the cause of his anti-biblical actions.”

Among the 50 actions taken are:
“Many of these actions are literally unprecedented – this is the first time they have happened in four centuries of American history,” Barton concludes following the full list. “The hostility of President Obama toward biblical faith and values is without equal from any previous American president.”
Movie and television star and WND columnist Chuck Norris suggested no matter what Obama calls himself, he should be judged by his actions.
In a series of commentaries, he explained how Obama is using U.S. Special Envoy Rashad Hussain, his own presidential position and others in his administration to deepen and expand the partnerships between the United States and the religion of Islam.
He also detailed Obama’s real spiritual beliefs based upon a rare, in-depth 2004 interview by a religious reporter for a major newspaper, including his beliefs about prayer, sin, heaven, the Bible and the person of Jesus.
Norris wondered why Obama does not “consider it his responsibility to ‘fight against negative stereotypes’ of Christianity.”
“As president, why doesn’t he defend the rights of Christians too, especially those whose voice and freedoms have been suppressed because of opposition?” Norris wrote.
“In just the last few months, why didn’t the president step forward and stand up publicly for any of the following Christians who had their First Amendment rights trampled upon by others, just as he had done for Muslims who are attempting to build the Ground Zero mosque?”
He continued:
“In countless speeches and actions since taking office, Obama has sympathized and supported pro-Islamic ideologies and practice.
That is why the New York Times even recently published a multiple-page report on how the “White House quietly courts Muslims in the U.S.,” Norris wrote.
Email Post