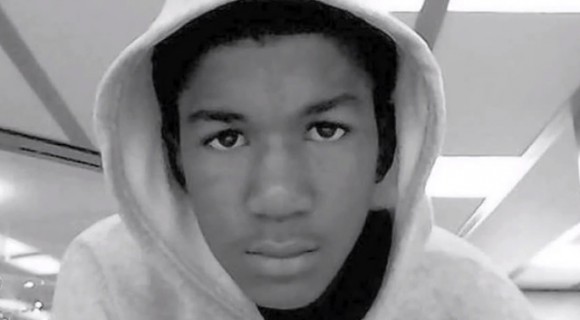 
"If a jury finds that Zimmerman committed a crime, and murdered Martin, he should face the consequences and do the time. In our system, those decisions are left to judges and juries, not talk-show hosts desperate to goose their ratings, who act as if they are unquestionably perched on some moral high ground."

On Feb. 26, when Zimmerman first spotted Trayvon, he called police and reported a suspicious person, describing Trayvon as black, acting strangely and perhaps on drugs.
Zimmerman got out of his SUV to follow Trayvon on foot. When a dispatch employee asked Zimmerman if he was following the 17-year-old, Zimmerman said yes. The dispatcher told Zimmerman he did not need to do that.
There is about a one-minute gap during which police say they’re not sure what happened.
Zimmerman told them he lost sight of Trayvon and was walking back to his SUV when Trayvon approached him from the left rear, and they exchanged words.
Trayvon asked Zimmerman if he had a problem. Zimmerman said no and reached for his cell phone, he told police. Trayvon then said, “Well, you do now” or something similar and punched Zimmerman in the nose, according to the account he gave police.
Zimmerman fell to the ground and Trayvon got on top of him and began slamming his head into the sidewalk, he told police.
Zimmerman began yelling for help.
Several witnesses heard those cries, and there has been a dispute about whether they came from Zimmerman or Trayvon.
Lawyers for Trayvon’s family say it was Trayvon, but police say their evidence indicates it was Zimmerman.
One witness, who has since talked to local television news reporters, told police he saw Zimmerman on the ground with Trayvon on top, pounding him — and was unequivocal that it was Zimmerman who was crying for help.
Zimmerman then shot Trayvon once in the chest at very close range, according to authorities.
When police arrived less than two minutes later, Zimmerman was bleeding from the nose, had a swollen lip and had bloody lacerations to the back of his head.
Paramedics gave him first aid but he said he did not need to go to the hospital. He got medical care the next day.

Police Chief Bill Lee, who stepped down from his position after receiving a vote of no confidence by the city commission, said that although police do not encourage watch program volunteers to carry weapons, he recognizes a citizen’s constitutional right to do so. No arrest was made, Lee said, because there was no evidence to disprove Zimmerman’s account.
In an official statement from the black City Manager of Sanford, Norton Bonaparte, Jr. wrote the following:
“Why was George Zimmerman not arrested the night of the shooting?
“When the Sanford Police Department arrived at the scene of the incident, Mr. Zimmerman provided a statement claiming he acted in self defense which at the time was supported by physical evidence and testimony. By Florida Statute, law enforcement was PROHIBITED from making an arrest based on the facts and circumstances they had at the time…
“If Zimmerman was told not to continue to follow Trayvon, can that be considered in this investigation?
“Yes it will; however, the telecommunications call taker asked Zimmerman ‘are you following him?’ Zimmerman replied, ‘yes.’ The call taker stated ‘you don’t need to do that.’ The call taker’s suggestion is not a lawful order that Mr. Zimmerman would be required to follow. Zimmerman’s statement was that he had lost sight of Trayvon and was returning to his truck to meet the police officer when he says he was attacked by Trayvon.”
Trayvon Martin’s girlfriend was on the phone with him as he realized that Zimmerman was following him. She said Martin thought he lost Zimmerman, only to be confronted moments later. There was a scuffle, and the girlfriend said that Martin was being pushed by Zimmerman, and the phone went dead. Martin himself died seconds later.
Bob Owens, a blogger I cited in the past for his reporting on Operation Fast & Furious, noted the applicable portion of Florida’s “Stand Your Ground” law:

A person who is not engaged in an unlawful activity and who is attacked in any other place where he or she has a right to be has no duty to retreat and has the right to stand his or her ground and meet force with force, including deadly force if he or she reasonably believes it is necessary to do so to prevent death or great bodily harm to himself or herself or another or to prevent the commission of a forcible felony.