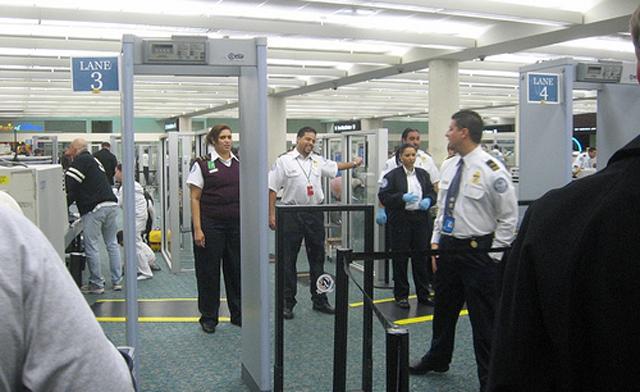 Voice of the Copts

This is just a wild guess, but I bet we don't find out this man is Lutheran.  Just sayin'-W.E.
A man found to be carrying explosives in “military grade wrapping” was detained at a western Texas airport on Saturday, forcing the evacuation of the area, officials said.
The explosives were found during a routine inspection at a security checkpoint inside Midland International Airport, Midland city spokeswoman Tasa Watts said. The Transportation Security Administration evacuated the terminal and conducted a security sweep, she said.
The incident at the airport in Midland, which is about 280 miles northwest of San Antonio, came as many Americans set out on airplane trips for the New Year’s Day holiday.
No details were immediately available about the man or why he had the explosives, which Watts said were “wrapped in military grade wrapping.”
TSA spokeswoman Lisa Farbstein said the “suspicious item” was found in a carry-on bag.
“The checkpoint was closed for approximately one hour while officials investigated and removed the item from the checkpoint area,” Farbstein said.